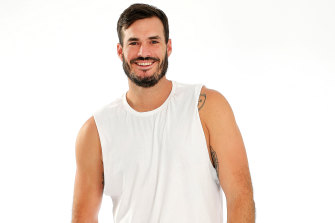 Locklan ‘Locky’ Gilbert is hoping to get lucky in love.Credit:Nigel Wright

From outcast to love-in

Ten has good form when it comes to finding new gigs for its reality show contestants. Following the now well-worn path of Angie Kent – the Goggleboxer who went to the jungle for I’m A Celebrity, then did the rounds of The Bachelorette and Dancing With The Stars – and Blair McDonaugh – Big Brother to Neighbours – now Locky Gilbert has been revealed as the next Bachelor. The announcement came hours after Gilbert was voted out of Ten’s Survivor: All Stars, in a coup de grace blindside that at least didn’t leave him licking his wounds for long. Gilbert, 30, is an adventure guide, cave diver, mountaineer, athlete and “self-confessed meat pie and sausage roll connoisseur”. But he’s “putting it all on the line again, to dive right into the romantic experience of a lifetime”.

Locky isn’t the only reality contestant graduating to bigger things. Former Gogglebox lads Adam and Symon, who left the show-within-a-show at the end of last year, hinting at the time that they were pursuing other TV opportunities, have signed up to Fox Footy. Their talk-show Premierships and Footy Trips will feature past players discussing their adventures on an off the field. It will debut on March 18 at 8.30pm. 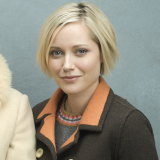 With news that actress Jessica Marais would not be available for Back To The Rafters, the reboot of the former Seven Network family drama, the lingering question was whether or not her character, Rachel, would be written out of the show or how her absence from the Rafter household would be explained. In a move that won’t surprise any follower of US soaps, Georgina Haig has been cast to replace Marais’ character in Amazon Prime’s first Australian scripted drama. The new version picks up the story of the multi-generational family six years on, when they have moved to the country to face new challenges. It is understood the show was in pre-production when Marais bowed out.

Judy Sheindlin, better known as the stern and indomitable eponymous Judge Judy in the long-running daytime courtroom show airing on Ten, chose an appearance on The Ellen DeGeneres Show to announce she would hang up her gown and gavel at the end of the current 25th season. She has also dropped hints about a new show, Judy Justice, that would compete with a 25-year catalogue of re-runs, and of dissatisfaction with broadcaster CBS. In a statement to The New York Times, Sheindlin suggested that her breakup with CBS was not necessarily a smooth one. “CBS has been a fine partner for 20-plus years,” Sheindlin, 77, said. “They have decided to monetise their Judge Judy library of reruns. I wish them good luck with their experiment.” A former criminal and family court judge in New York, Sheindlin is the highest-paid television host in the country, reportedly earning $US47 million ($71 mill) a year.

Ashley Zukerman has landed the role of the young Robert Langdon in a pilot based on bestselling writer Dan Brown’s book The Lost Symbol. Should the self-titled Langdon proceed to series, the busy Australian would become the first actor other than Tom Hanks to play the character. According to Variety, the series follows the early adventures of famed Harvard symbologist Robert Langdon, who must solve a series of deadly puzzles to save his kidnapped mentor and thwart a global conspiracy. Best known locally as the troubled Jesse in The Code, Zukerman has recently enjoyed a string of roles in US shows including a regular guest role in Succession. 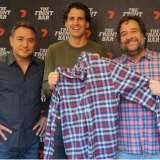 Funny man and Carlton supporter Andy Lee, aka one half of the TV and radio duo Hamish and Andy, will join Mick Molloy, Sam Pang and Andy Maher on the football-themed comedy show The Front Bar, when it returns to Seven on March 19 at 9pm. He was presented with a flannel shirt as part of his signing. The cheap and cheerful show averaged 432,000 metro viewers last year, when it competed with Nine’s The Footy Show before it was axed in May, 2019, after 25 consecutive years of broadcasting.