LIVERPOOL returned to winning ways after coming from behind to beat Bournemouth at Anfield, extending their gap at the top of the Premier League to 25 points. 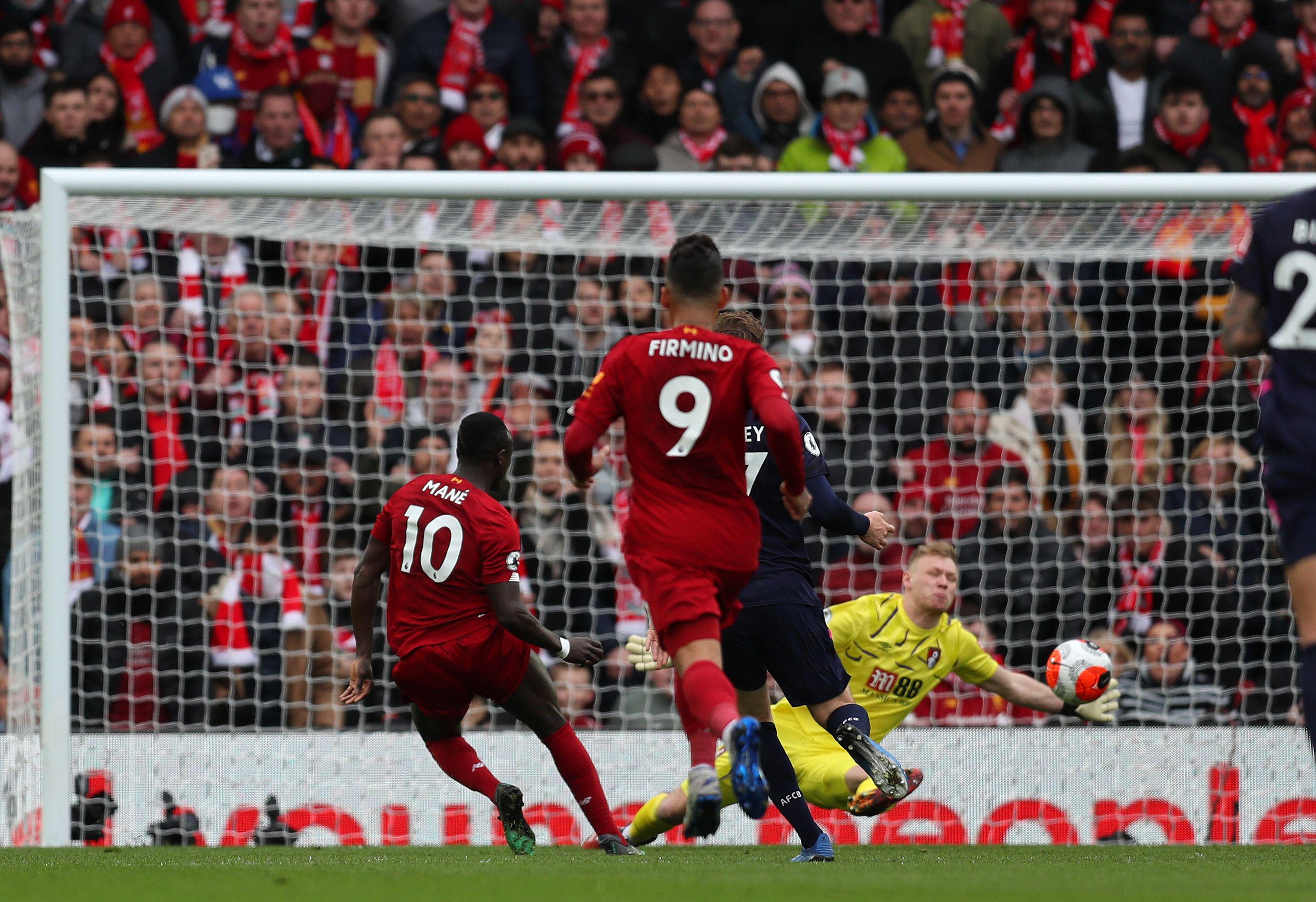 There was debate about whether VAR should have given a foul on Joe Gomez in the build-up but the video assistants decided there was not enough contact to warrant a free-kick.

Jurgen Klopp was unimpressed with the decision as he felt Gomez was pushed in the back.

It wasn't long before Liverpool were back on level terms, Mohammed Salah finishing into the bottom corner to make it 1-1.

Salah's 16th league goal of the season was soon followed up by Sadio Mane giving the league leaders the advantage.