You can stab her in the back, but whilst you’re there, she’ll shake her ass.

Lisa Vanderpump put her best twerk forward in a funny TikTok video with Jojo Guadagno, a staffer at her Los Angeles bar TomTom, which she owns with “Vanderpump Rules” co-stars Tom Schwartz and Tom Sandoval.

“she really threw it back with me!! I love LVP!” Guadagno captioned the clip of him and Vanderpump, 60, shaking their behinds in the middle of the restaurant as she held her dog.

Schwartz, 38, and Sandoval, 37, could be seen in the background of the video.

While it is unclear whether they were filming for “Vanderpump Rules” — Season 9 began production this month after repeatedly being delayed due to the COVID-19 pandemic — this isn’t the first time Vanderpump has busted out a move for the cameras.

The “Real Housewives of Beverly Hills” alum competed on Season 16 of “Dancing with the Stars” in 2013 and came in 10th place with her pro partner, Gleb Savchenko. 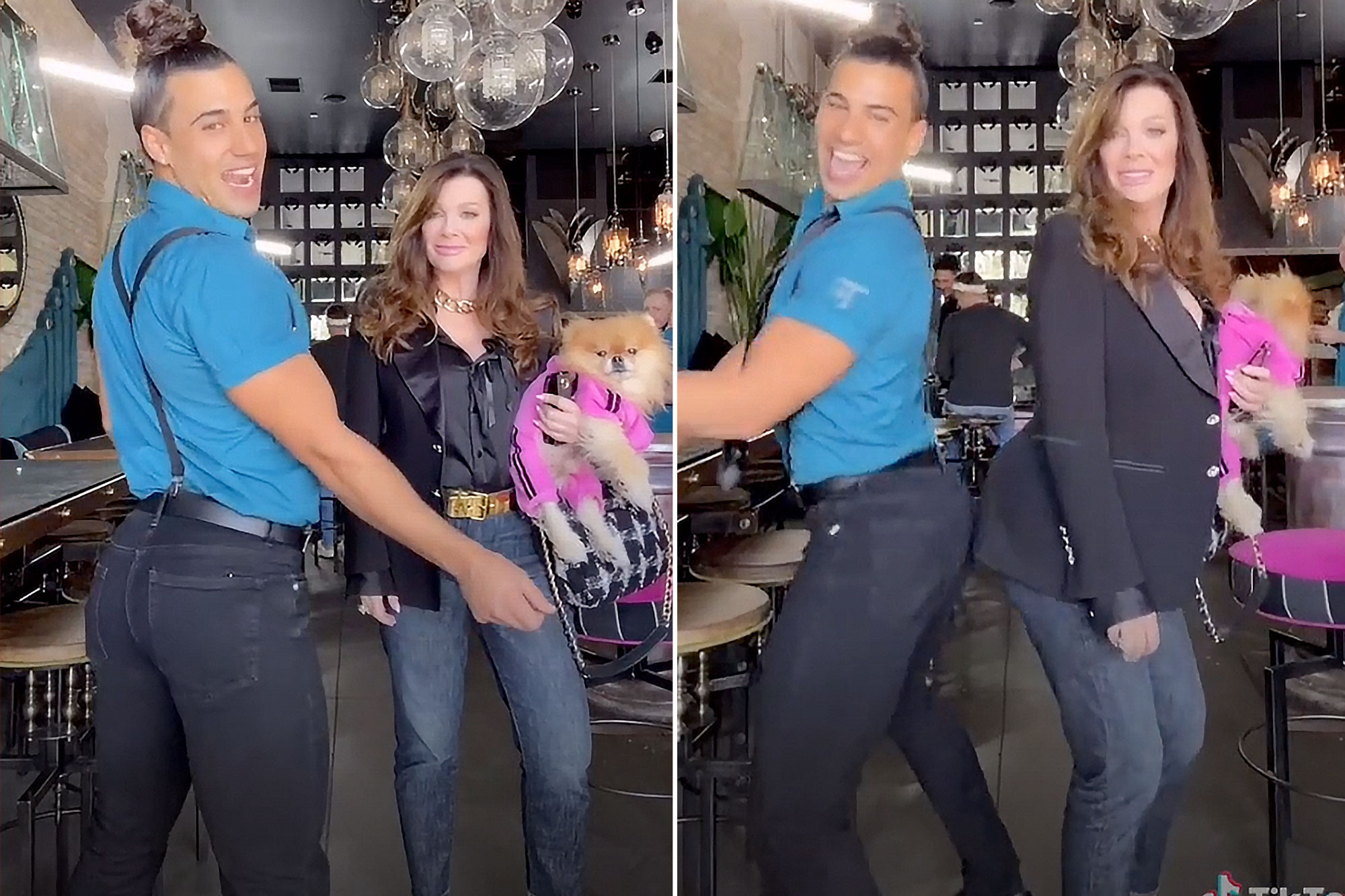 The highly anticipated return of “Vanderpump Rules” is far from being the only project that Vanderpump has in the works. She launched her star-studded E! show “Overserved with Lisa Vanderpump” in March, and Peacock released the trailer for “Vanderpump Dogs” on Thursday ahead of its June 9 premiere.

The reality star also has her Vanderpump Wine company, though Page Six exclusively reported that bugs were recently found in her rosé bottles at a Las Vegas liquor store.

Maybe she can twerk that one off though.