Kyle MacLachlan on his new film ‘Capone’ and quarantine life

Bo Derek and John Corbett share secret to their relationship

Linda Evans has Bo Derek to thank for her role as Krystle Carrington on “Dynasty.”

“I would never have been able to do ‘Dynasty’ if I had stayed married,” she told Page Six.

Evans, 78, who married film director John Derek in 1968, received an unpleasant Christmas present in 1973 when he announced that he was in love with their live-in protege, Bo Derek, who was 30 years his junior and 17 years old at the time.

Floundering she asked her agent to set her up for anything that was available and the rest is nighttime camp history.

That’s not to say there weren’t hurt feelings initially. The “Big Valley” star did admit that she was “just horrified” when the affair was revealed but has surprisingly stayed friends with the “10” actress calling her a “lovely woman.”

“I’m not friends with anyone unless I really like them,” she said. “I liked her before this happened. It was awkward for a bit of time of course for both of us. And then I got into my life…You know I don’t stop loving people because I’m not with them. I just love differently. I say now we are friends. I just talked to her not too long ago on her birthday.”

Derek met high school dropout Mary Cathleen Collins, (later dubbed Bo Derek) when she was 16 in the Greek Islands. They stayed in Europe until she turned 18 to avoid statutory rape charges. He and Bo remained married until his death in 1998 at the age of 71.

Evans, who had only done one-off roles for the previous twenty years, loved her legendary catfights opposite Joan Collins in “Dynasty” because Barbara Stanwyck taught her to do her stunts on the set of the Western series “Big Valley.” 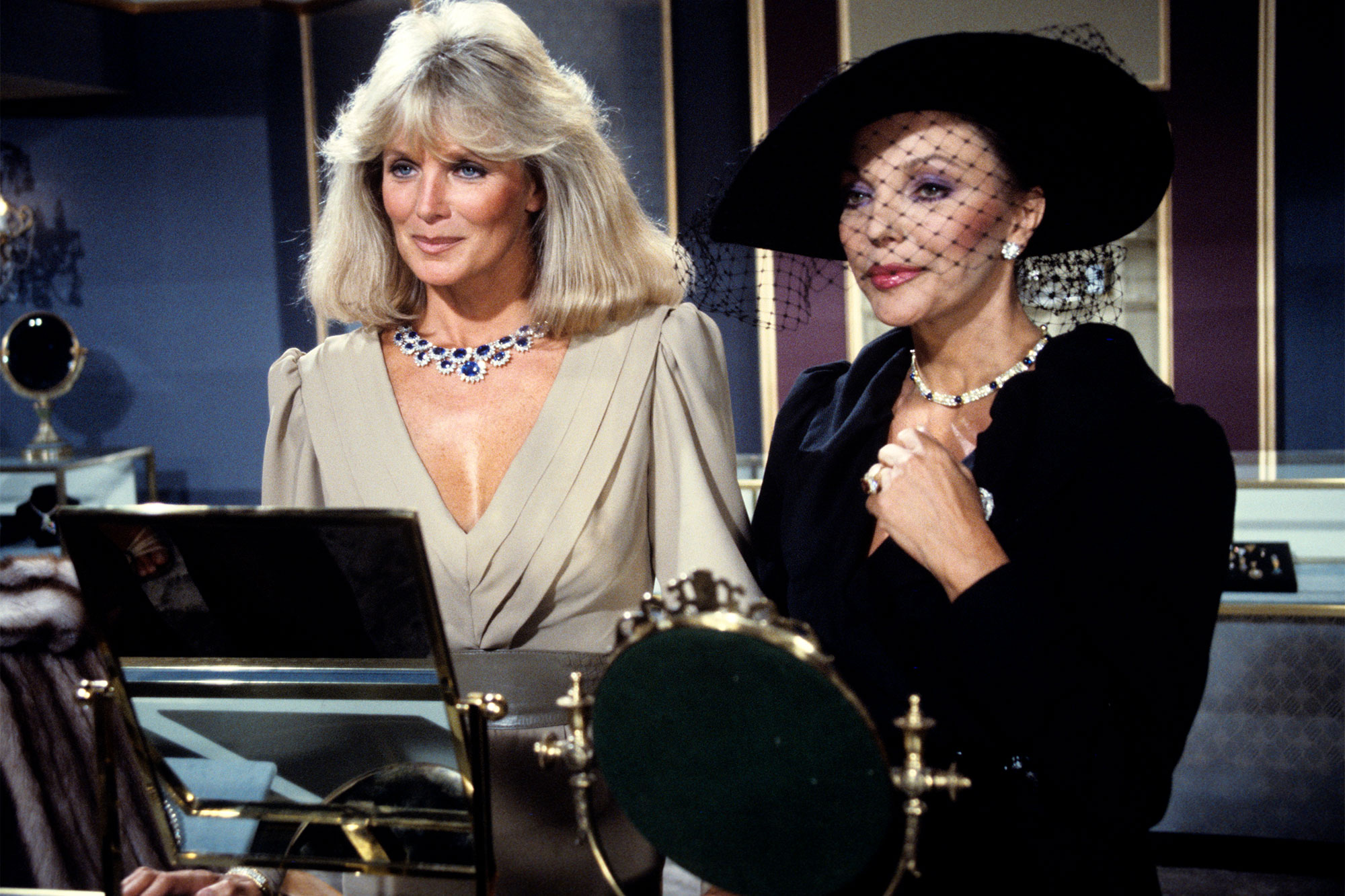 “Being physical is very easy and natural for me,” she explained. “Joan on the other hand did not like anything physical. She’s amazing at verbal fighting, she could beat anyone up verbally…So we always managed to help each other with our weaknesses and strengths.”

Evans retired many years ago, moving to Washington State, but was lured back into the spotlight with a small role in the film “Swan Song.” The delightful indie follows a retired hairdresser (Udo Keir) escaping his retirement home and embarking on a journey to style a departed client’s hair for her funeral, and of course, rediscovering some sparkle along the way. It also stars Michael Urie and Jennifer Coolidge.

“I am so happy I did it,” Evans enthused. “I didn’t come out of retirement for nothing. It was like I couldn’t say no. I’m so honored to be a part of this magnificent film. It just is a little treasure, isn’t it?”