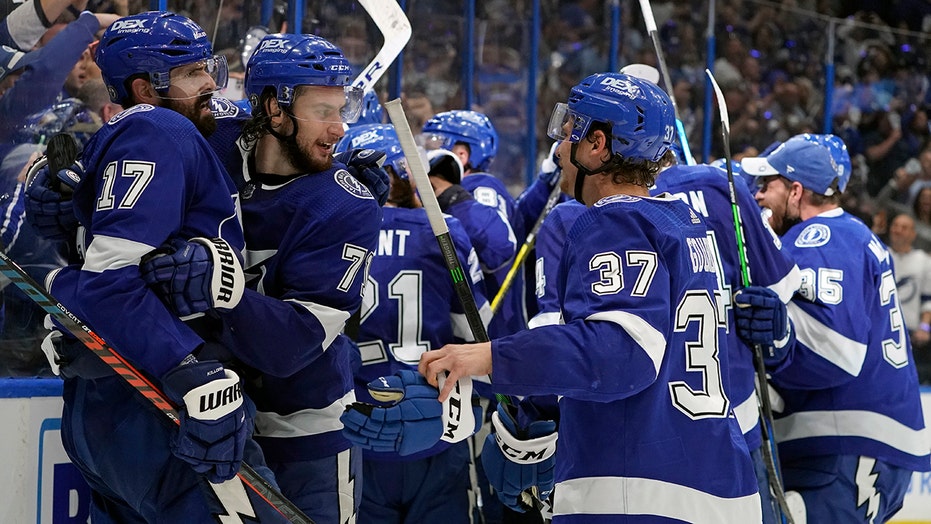 Gourde’s goal came while the Lightning were shorthanded. New York was on the powerplay in a 0-0 game and was looking to get their offense jumpstarted – but to no avail. Anthony Cirelli intercepted the puck and found a cutting Gourde who put his shot past Islanders goalie Semyon Varlamov.

It was Gourde’s fifth goal of the playoffs and the first time a Lightning player had scored a shorthanded goal in a Game 7.

Lightning goalie Andrei Vasilevskiy stopped all of New York’s 18 shots. Varlamov had 30 saves for the Islanders on Tampa’s 31 shots.

“It’s becoming a broken record, but it’s not how many you put in the net, it’s how many you keep out,” Lightning coach Jon Cooper said after the game. “It’s a hard lesson to learn, especially the players coming up today and the skill, the rules getting put into place that open up skill and to skate and to score. But when you get to the playoffs it’s about defending.”

Tampa’s Steven Stamkos said Vasilevskiy is the “best player in the world.”

The Lightning will meet the Montreal Canadiens in the Stanley Cup Final. It will be Tampa Bay’s second straight time vying for Lord Stanley’s Cup. Tampa Bay won the championship last season over the Dallas Stars.

The Lightning will look to be the first team to win back-to-back titles since the Pittsburgh Penguins did it in 2016 and 2017.

The Stanley Cup Final Game 1 is on Monday night.