The lucky few strolled in the sunshine to the home of football without the usual packed pavements for such a big match. 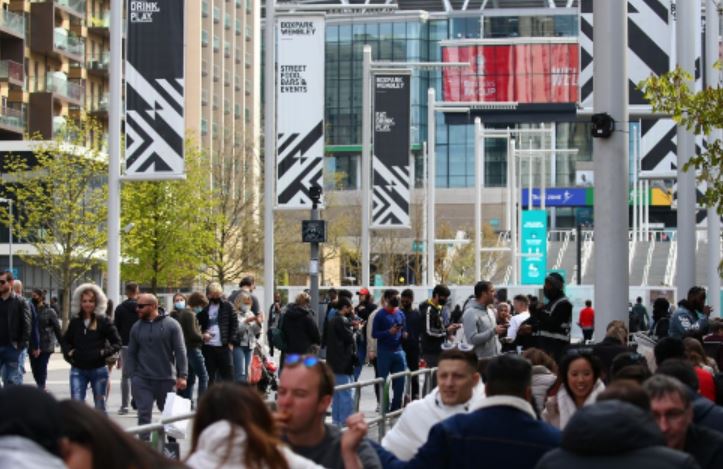 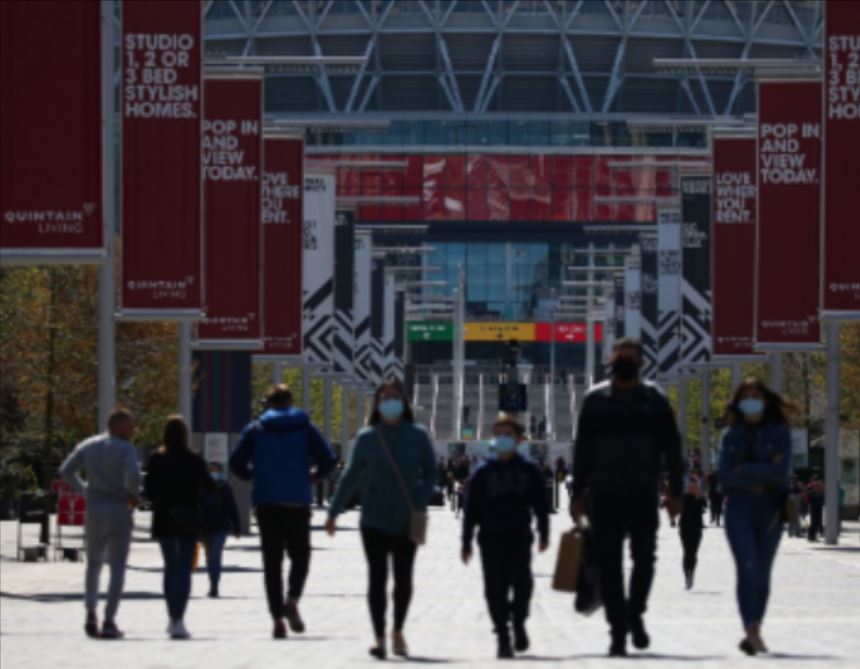 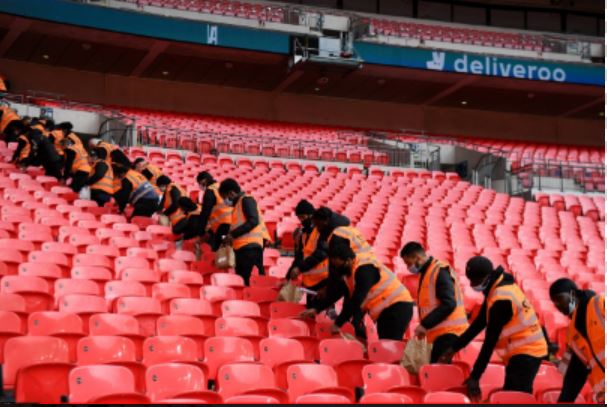 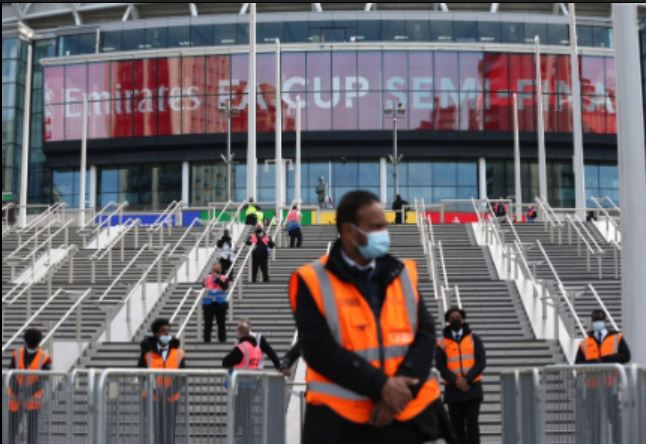 But they looked ultra-relaxed and just happy to be there after the government let the FA select the clash as a one-off pilot event.

That's before the May 17 nationwide date when crowds of up to 10,000 can officially return.

But only residents of the surrounding area Brent were allowed in on Sunday for this second semi-final.

Masked stewards were busy preparing Wembley for spectators hours before the 6.30pm kick-off.

High-flying Leicester and their lowly Premier League rivals are bidding to reach the final against Chelsea on May 15.

Wembley chiefs hope 20,000 fans will be allowed in for the final.