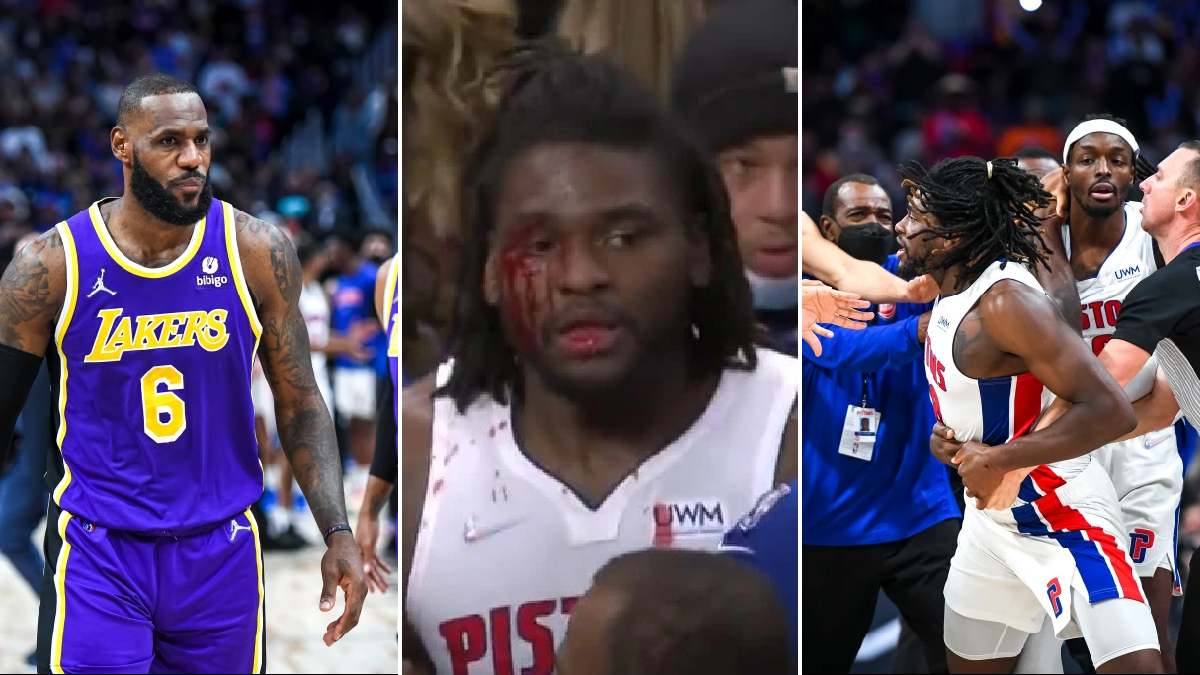 LeBron James and Isaiah Stewart were both ejected from the court during the Los Angeles Lakers-Detroit Pistons game after a mass brawl sparked chaotic scenes.

When fighting for a rebound on Sunday night in the third quarter, James appeared to elbow Stewart in the face which drew a nasty cut above the Pistons star’s right eye.

The Detroit center flew into a rage, deeming the strike intentional rather than accidental, and had to be held back more than once by his team-mates as he attempted to confront James.

James was ejected for a Flagrant 2 foul while Stewart’s reaction also saw him follow the NBA legend to the changing rooms early in the third quarter after being assessed for two technical fouls for his role in the fray.

After getting up from the floor, Stewart started pushing James as staff and team-mates attempted to separate them.

With blood streaming down his face Stewart looked to have calmed down at one point and agreed to leave the court before breaking free from his team-mates and charging at James once again.

In a match that saw the Lakers come from 17 points down to beat the Pistons 121-116, James and Stewart’s behaviour certainly dominated the headlines.

This was was only the second ejection of James’ 19-year NBA career.

‘Everyone in the league knows LeBron’s not a dirty guy,’ said James’ Lakers team-mate Anthony Davis.

‘It’s uncalled for, you got a cut above your eye, accidental, it wasn’t like it was on purpose.’

Pistons coach Dwane Casey also backed up Davis’ view that James was not a ‘dirty player.’

‘It was a tough play with Isaiah,’ he said.

‘His eye got cracked all the way open and he was upset for a reason.

‘I don’t think James is a dirty player, but again, it got them going.’