Home » Leah Messer: Introducing My 3 Daughters to My Last BF Was a Big 'Mistake'

“The last guy I dated, we dated for at least four months before I even allowed him to come around my kids,” the Teen Mom 2 star, 29, recently told Us Weekly exclusively while promoting season 11 of the MTV show. “That was the biggest mistake, honestly. In my opinion, I just don’t want to confuse them with that.”

The Hope, Grace & Faith author noted that while she “deserve[s] to date and find that person” as a single mom, she plans to keep that separate from twins Aleeah and Aliannah, 11, and Adalynn, 8. “Exposing them to my kids’ life is something that I really don’t know that I’m even open to at all,” the West Virginia native explained to Us. “That’s kind of where I’m at. … I don’t like to think about it too much.” 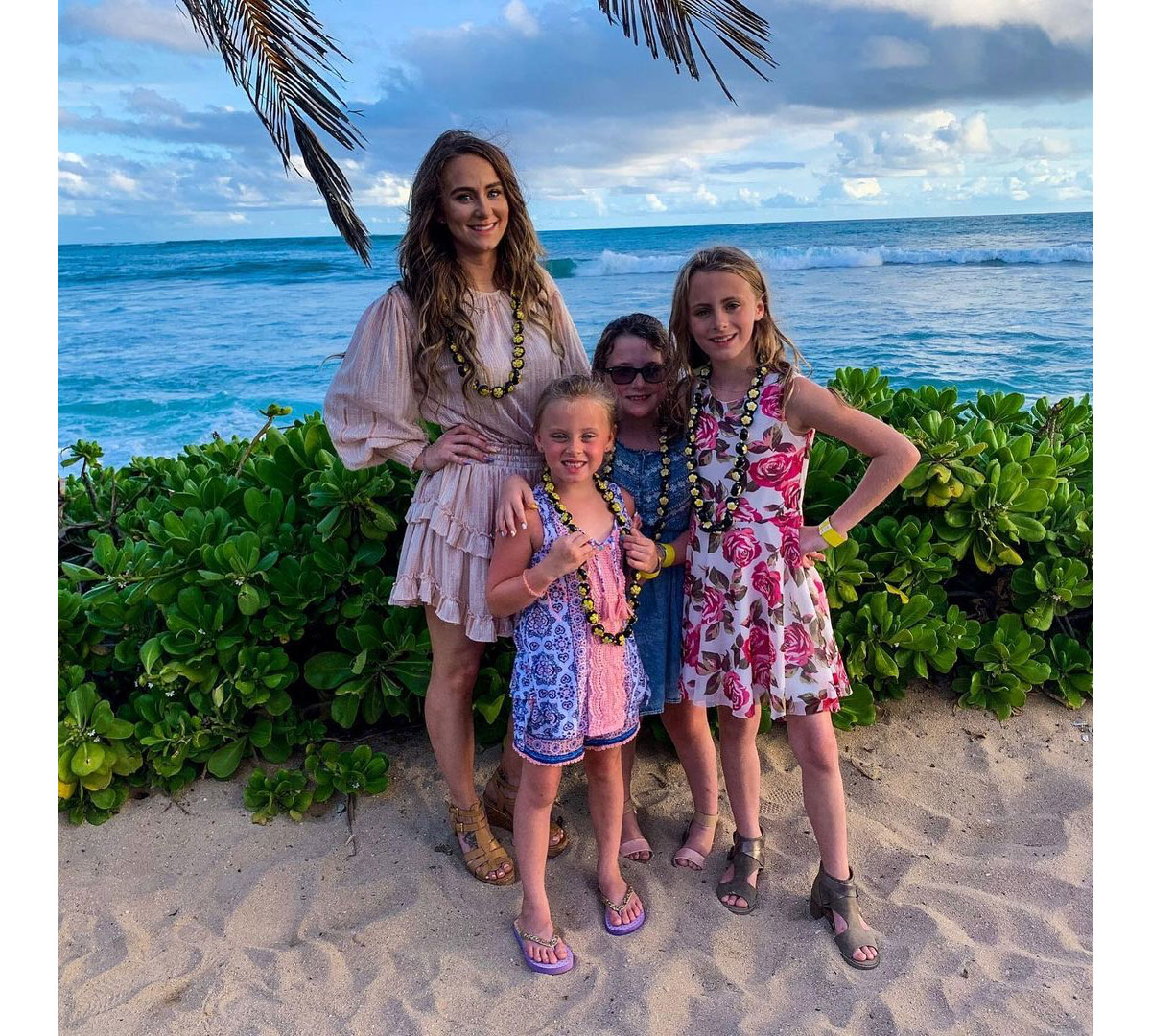 In terms of dating a man with children of his own, the reality star doesn’t dwell on that either. “I truly believe that whatever is meant for me, I will attract,” the 16 and Pregnant alum said. “I’m so content with being on my own and not dealing with any kind of relationship stuff or any confusion being brought into my daughters’ lives. At the end of the day, whatever’s meant to happen, will happen. If you ask me on a date, cool. I might go, I might not. I might stand you up.”

That’s because Messer is “focused,” she told Us, noting that her “goal and business avenues” don’t leave room for distractions. “Being a mom is hard as it is.”

The former cheerleader, who shares her girls with exes Corey Simms and Jeremy Calvert, is on the fence about expanding her family in the future.

Last month, Messer exclusively told Us that she hadn’t ruled out baby No. 4. “Listen, if I were to ever get remarried, and let’s say they didn’t have kids and would want a child, it would have to come with terms and conditions this time because I put my work in!” she said in March. “I don’t know. Whatever’s meant to be will.”

With reporting by Diana Cooper