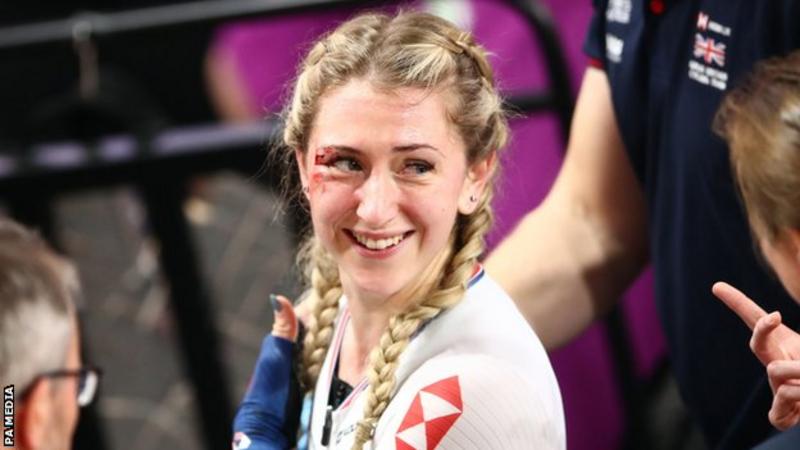 Britain’s Laura Kenny needed stitches after crashing in the opening race of the omnium at the Track Cycling World Championships in Berlin.

Kenny, a two-time Olympic and world omnium champion who is riding with a broken right shoulder, was involved in a five-rider crash with a lap to go.

British Cycling said she is safe to continue in the event after a concussion check.

Mexico’s Lizbeth Salazar was carried off on a stretcher.

The Netherlands’ Kirsten Wild, defending world champion in the event, was relegated for causing the crash after finishing the 7.5km scratch race second.

Four-time Olympic champion Kenny broke her shoulder riding the tempo race of the omnium at the World Cup in Milton, Canada, on 26 January.

The 27-year-old opted against surgery in order to continue her Tokyo 2020 preparations at the World Championships.

She hopes to ride three events at the Olympics – the omnium, team pursuit and the madison.

Kenny won women’s team pursuit silver on Thursday after riding in the first round. She had previously said she would not ride the discipline because of her injury.