The fashion designer, 75, showed off her bikini body via Instagram on Wednesday, August 17, sharing a photo that appears to have been taken on a yacht. “Selfie at 75?” she wrote in the caption. “Trying to own it and 2 hours of daily swimming helps! I know I should smile but I feel stupid smiling at myself! Gratitude.” 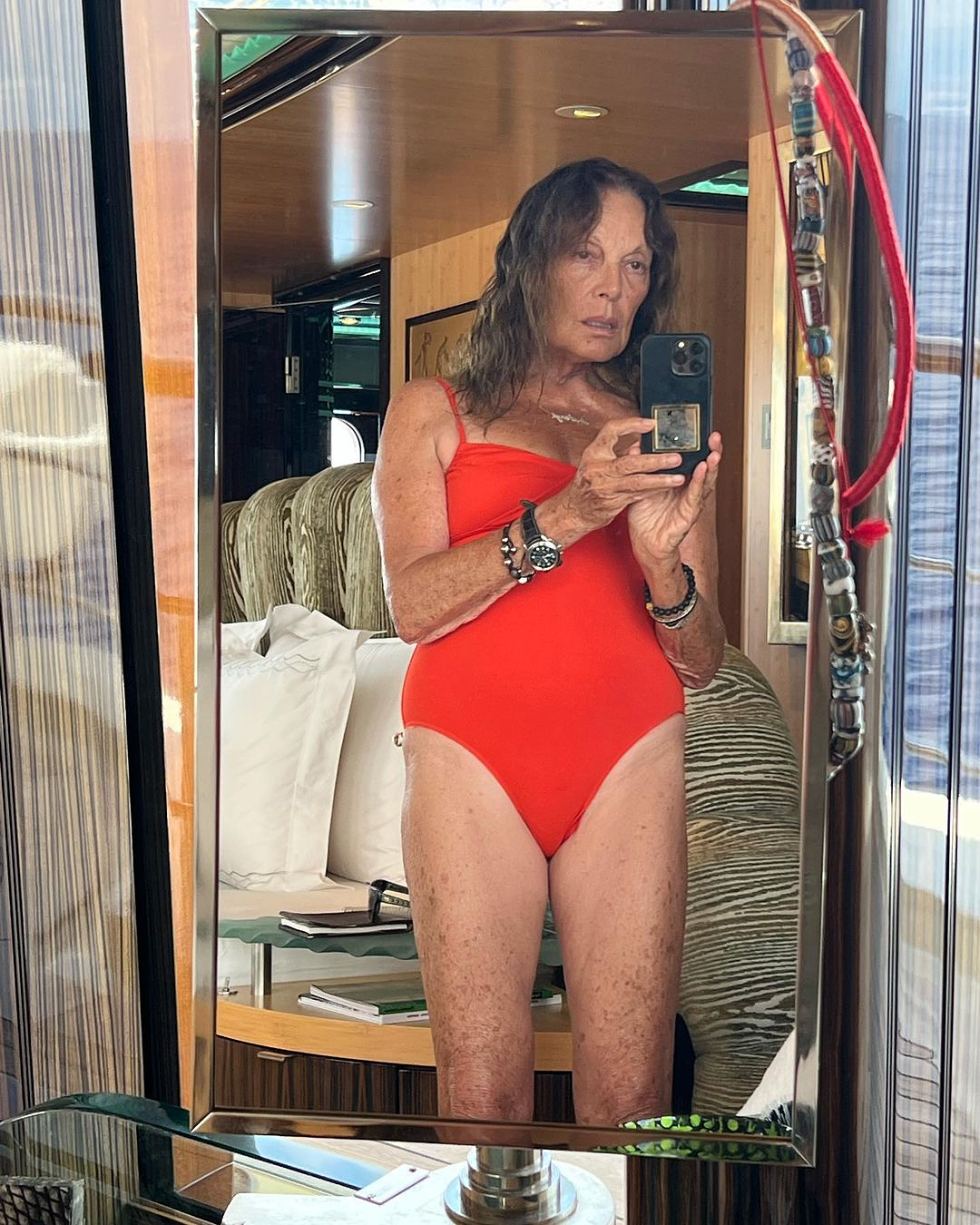 von Fürstenberg complemented the swimsuit with a watch and several bracelets.

It’s no surprise, however, that the DVF: Journey of a Dress author’s look was a hit as she always knows best. In 1974 von Fürstenberg made fashion history when she introduced the wrap dress — a silhouette that has proven to be flattering on every body type.

The style icon opened up about her creation in a 2013 interview with Refinery29, sharing: “It started as a wrap top and skirt, and I thought it would make a simple and sexy dress. I had no idea it would be such a phenomenon. It was so effortless, and it allowed women to go to work and still feel like women…”

The businesswoman said it was “empowering” to see how the dress “changed a woman once she put it on.”

Following in her footsteps, her granddaughter, Talita, has also picked up the designer title. Working alongside von Fürstenberg, Talita launched her first collection, TVF for DVF in 2019. The line included girly tops, dresses with floral patterns and pastel skirts.

About Last Night: See the Best Dressed Stars on the Red Carpet and Beyond

Talita exclusively told Us Weekly that year that “My grandma has such a mature style, so honestly, I don’t go to her for style advice per se, and it’s more for advice in general.”

While Talita chartered her own course as far as design, her grandmother’s vibrant aesthetic still made the cut. “We wanted to create something new, so we still took the casual style and prints from DVF and just gave it a younger twist,” Talita told Us.