The social media change seemingly happened on Thursday, February 17, and it leaves Kris Jenner as the sole Kardashian family member still keeping up with the rapper, 44. The unfollow news came one day after Davidson. 28, rejoined the social media platform following a nearly four-year hiatus. 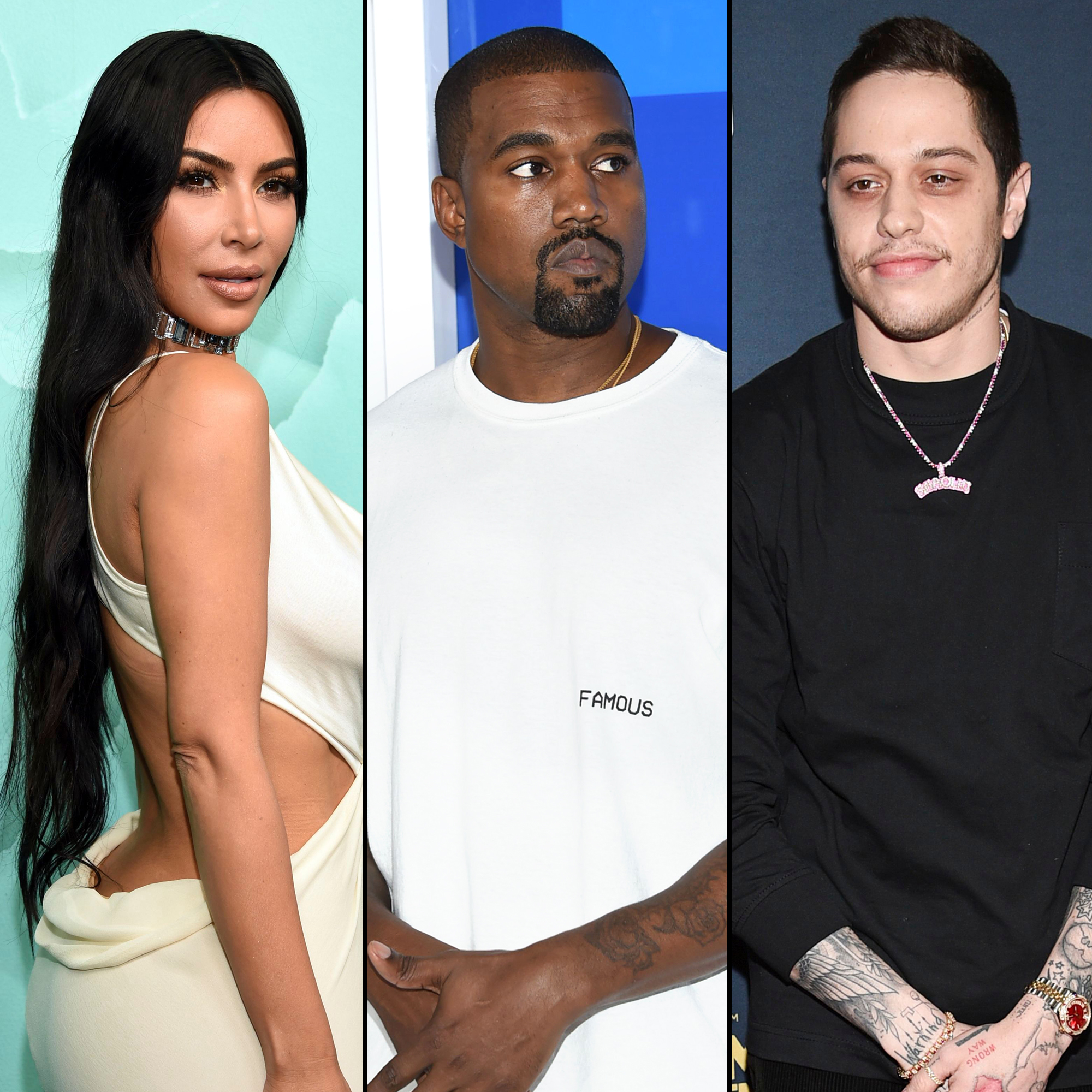 Shortly after the comedian’s return to the app, West called out Davidson for his past jokes about his mental health on Saturday Night Live.

“HI SKETE YOU GOT ANYMORE MENTAL HEALTH JOKES FOR ME?,” the Yeezy designer wrote via Instagram on Thursday, February 17, before later posting the clip from the 2018 “Weekend Update” appearance, in which Davidson said, “There’s no shame in the medicine game. Being mentally ill is not an excuse to act like a jackass. I’m quoting my therapist, my mom, and my mailman.”

Davidson, who has been candid about his own mental health struggles, has not publicly responded to West. He currently only follows Kardashian, 41, and actor Sebastian Stan on Instagram. The tension between the twosome has raised eyebrows since the Meet Cute actor’s relationship with the Skims founder made headlines.

Kardashian originally filed for divorce from the musician in February 2021 after almost seven years of marriage. Later that year, the beauty mogul moved on with the Guy Code alum after they worked together on SNL in October 2021. Shortly after the couple sparked romance rumors, West claimed that he never received any divorce papers from his ex.

“SNL making my wife say ‘I divorced him’ on TV because they just wanted to get that bar off, and I never have seen the papers. We’re not even divorced,” he said during an appearance on Revolt’s “Drink Champs” podcast in November 2021. “So how we — because [it’s] no joke to me, my kids want their parents to stay together. I want their parents — I want us to be together.”

The Illinois native later stated that the New York native would “never” meet his children.

“HOLD YOUR SPOUSE CLOSE MAKE SURE THEY KNOW HOW MUCH YOU LOVE AND APPRECIATE THEM BECAUSE THERES A SKETE LURKING IN EVERY DIRTY ASS ALLEY WAITING TO HELP DESTROY YOUR FAMILY AND WALK AROUND IN CALVIN KLEINS AROUND YOUR CHILDREN,” West, who shares North, 8, Saint, 5, Chicago, 3, and Psalm, 2, with Kardashian, wrote in a since-deleted Instagram post on Sunday, February 13.

The songwriter also shared alleged screenshots of texts from Kardashian about his social media behavior.

“U are creating a dangerous and scary environment and someone will hurt Pete and this will all be your fault,” one message from the California native read on Monday, February 14, to which West allegedly responded, “I will always do everything to protect you and our family forever. And I listened to you and told everyone to make sure nothing physical happens to Skete.” 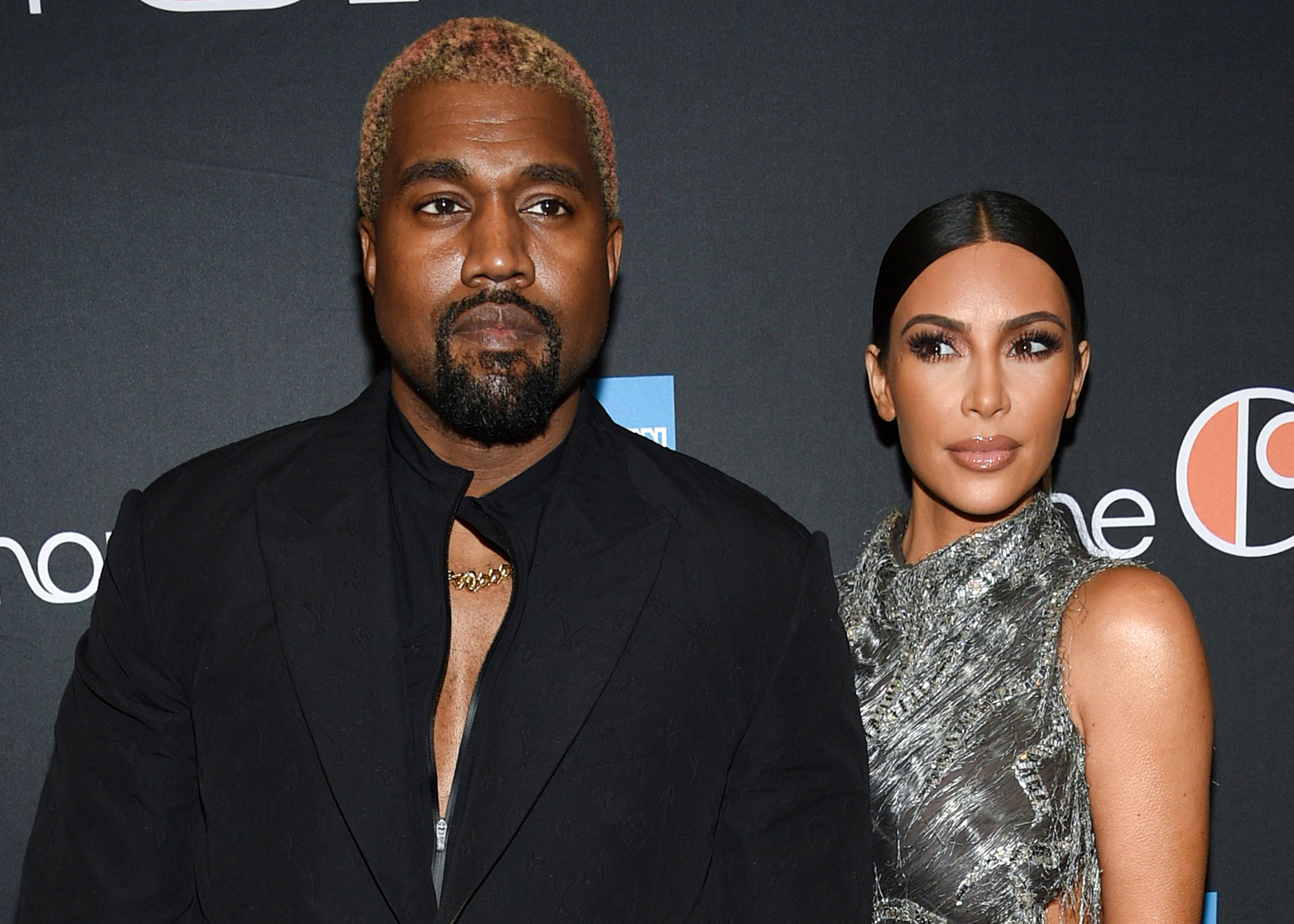 West apologized for his posts and deleted the screenshots one day later.

“I’ve learned that using all caps makes people feel like I’m screaming at them. I’m working on my communication,” he wrote on Tuesday, February 15. “I can benefit from a team of creative professionals, organizers, mobilizers and community leaders. Thank everybody for supporting me.”

Everything Kanye Has Said About Kim K. Since Their Split

He continued: “I know sharing screen shots was jarring and came off as harassing Kim. I take accountability. I’m still learning in real time. I don’t have all the answers. To be good leader is to be a good listener.”

Amid the drama, a source exclusively told Us Weekly that Davidson was choosing to stay “far away” from West, saying, “He’s not afraid of him — he just doesn’t want to get involved in the divorce drama.”

Kardashian, for her part, recently reflected on her decision to not discuss private matters about West in order to protect her children.

“You could be so hurt or angry at your ex, but I think in front of the kids, it always has to be ‘Your dad’s the best.’ Make sure you are your coparent’s biggest cheerleader, no matter what you’re personally going through,” she shared in her March cover story for Vogue, published on February 9.