Britney Spears‘ son is learning what it means to live in the spotlight.

While most kids are able to post on social media as they wish, Jayden Federline is not most kids. With his mom being an internationally recognized pop star, there’s substantially more attention paid to his and his family’s life. That means, his recent Instagram Live, went viral almost immediately, mostly because of its candid nature.

Most notable in the clip was his claim that estranged grandfather Jamie Spears is a “pretty big d–k”and that his mother “might” quit music altogether. The IG Live has since been deleted.

But the family’s fame doesn’t mean Jayden is getting off easy. According to Mark Vincent Kaplan, Kevin Federline‘s attorney, “Kevin was not happy to see that and he is addressing it as you would expect a responsible parent to address it.”

He adds Kevin understands Jayden was “acting as if [he was] a 13 year old,” but expects better from the teen. “We wouldn’t anticipate seeing any further posts like that again,” he assures.

As for why Jayden decided to go public with his feelings towards his grandfather and his mother’s alleged plans to quit music, one source says, “This is Jayden being a kid and doing what teenagers do.”

“He was experimenting on social media and he will learn from it. He doesn’t understand the consequences, but hopefully he will now. When your family is in the public eye it’s a whole different ball game with what you can and can’t share,” the source explains. 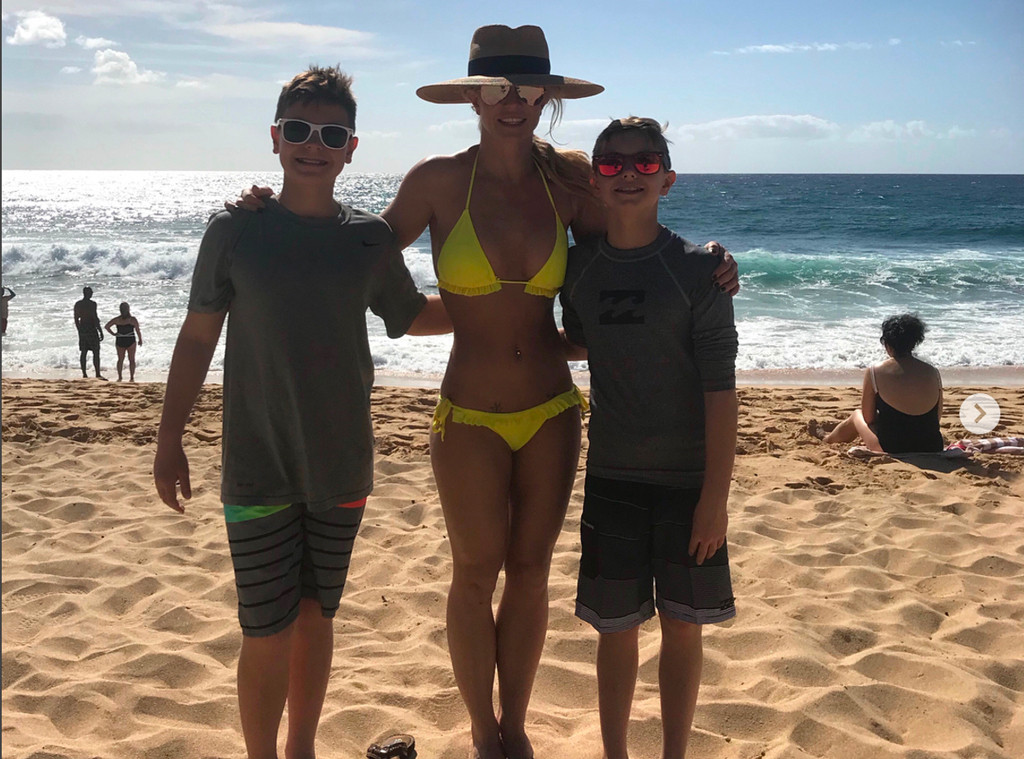 Another source adds Kevin has “primary” custody of Jayden and older brother, Sean, although they noted their custody arrangement is “organic” in terms of visiting with Britney. “The kids are doing extraordinarily well with Kevin… For now it’s working,” the second source shares.

Jamie continues to keep his distance from Federline and his boys, per the restraining order that went into effect after he allegedly got in a fight with Sean.

Despite the drama between Jamie and Sean, Federline’s attorney previously stated, “Kevin in no way wants to prevent the boys from having any unreasonable custodial contact with their mom.”