Prince Harry and Meghan, Duchess of Sussex wrapped up their royal engagements and will make their official move away from the royal family March 31. With the couple leaving their royal duties behind, many fans have been focused on how Prince William and Catherine, Duchess of Cambridge have been handling the transition. One royal expert is very impressed with the Cambridges, most notably Kate. 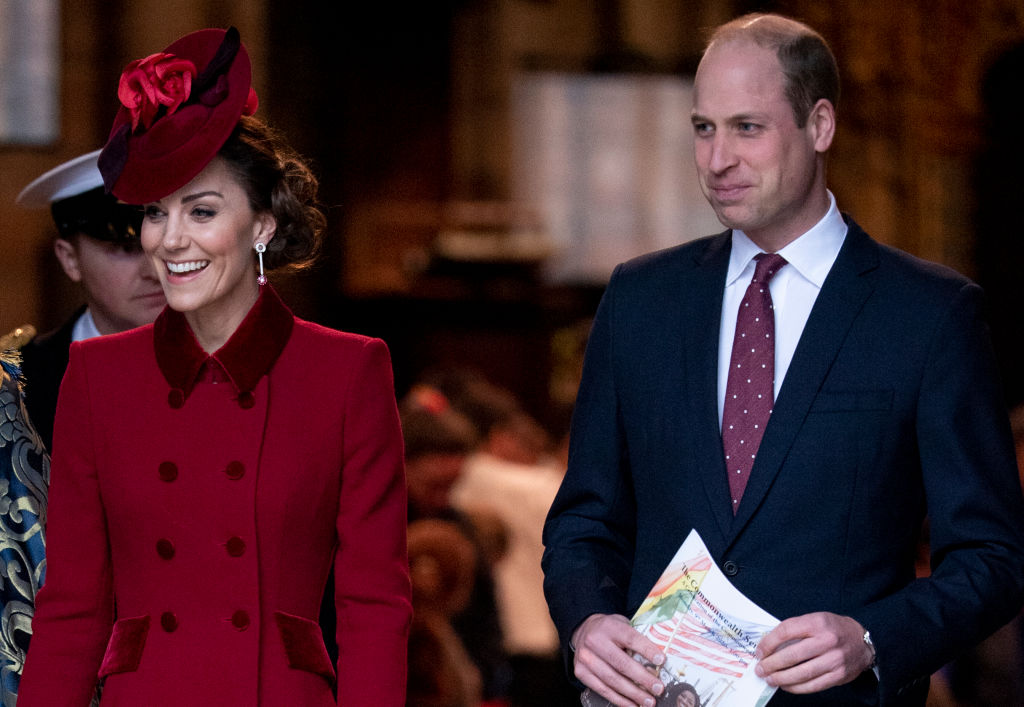 As the Sussexes are on their way out, they had a handful of royal duties to wrap up, including attending the Commonwealth Day service, reuniting publicly with Prince William and Kate. It wasn’t, however, the warmest moment, as many noticed there was tension between the couples.

A video showed Meghan mouthing “hi” and giving a small waveto Prince William and Kate, and Harry saying “hello” and smiling. The greetingdidn’t appear to be returned, with body language expert Judi James sharing thetension between them.

“It wasn’t the warm reunion that we were all hoping for,”James told The Mirror. “The tension in Harry’s body language especially waspalpable. When Harry arrived, the minute he and Meghan had to drop hands,he immediately reached for his wedding ring which is a self comfort.”

“As they took their seats Harry threw Kate an open-mouthedsmile and ‘hello’ of what looked like genuine pleasure and Meghan raised herbrows and smiled in an equally friendly ritual,” she added.

Go raibh míle maith agaibh, a chairde go léir in Éirinn ???? Thank you to all the wonderful people we met in Ireland! Swipe to see a sample of some of the lovely letters we received during #RoyalVisitIreland ? thank you to everyone that took the time to write to The Duke and Duchess. Photo © Kensington Palace

The Cambridges have had to carry on despite the exit dramaand have handled things flawlessly. Royal commentator Omid Scobie is ratherimpressed with how Kate has shown immense confidence over the last few months.

“It is great to see the Duchess in confident form,” Scobie noted during his HeirPod podcast. “I think we have been seeing a brand new Duchess of Cambridge 2.0 in the last few months.”

He continued, sharing, “Shereally seems to be relishing the role now and really going from strength tostrength. It makes it all very exciting.”

Scobie pointed to some of Kate’s recent projects, explaining,“On the royal beat we do getvery caught up with what is going on behind palace doors and we are allfascinated by that. But it is also great when the work itself is interestingand that becomes the talking point.”

He added, “For example,the recent engagements we have seen from Kate like doing the podcast.”

The Duke and Duchess of Cambridge joined The Queen and Members of @TheRoyalFamily for the annual #CommonwealthDay Service at Westminster Abbey. The Commonwealth represents a global network of 54 countries working in collaboration towards shared economic, environmental, social and democratic goals — the Commonwealth theme for 2020 is Delivering A Common Future: Connecting, Innovating, Transforming. Her Majesty The Queen was 26 years old when she became Head of the Commonwealth in 1952 — important symbolic and unifying role. As Head, Her Majesty personally reinforces the links by which the Commonwealth joins people together from around the world. From working to protect the earth's natural resources and preserving the planet for generations to come, to championing fair trade and empowering the youth of today to transform the communities of tomorrow, this year’s Service celebrated the Commonwealth's continued commitment to delivering a peaceful, prosperous and more sustainable future for all. #CommonwealthDelivers

The Cambridges rarely make a misstep, but their currentefforts aren’t going unnoticed. While Kateis earning praise for showing a new confidence and strength, Prince William isalso grabbing some attention.

“Prince William was recently inNottinghamshire to speak about the importance of providing opportunities foryoung people in the world of business,”Scobie noted.

He added, “We saw himjump into a giant paving truck to help lay down some surface for roads. It wasunusual but I think it is great to see William willing to get his hands dirtyand involved.”