It’s not unusual to see celebrities start projects or initiatives that initially get lots of attention but ultimately fall apart (sorry not sorry, Blake Lively and ‘Preserve’) or fade from memory. This hasn’t been the case for supermodel Karlie Kloss, who turned her coding side hustle into a major opportunity for girls all over the country through the program Kode With Klossy.

Kloss, a former Victoria’s Secret Angel and the current host of Project Runway, started her coding initiative in 2015 and has been amazed by its reception and growth over the past five years. To make it accessible for all, the two-week summer program is free for women ages 13-18 with an interest in coding. Last year, Kode With Klossy had its most diverse cohort yet, with 70 percent of scholars identifying as people of color. Kloss truly means it when she says you don’t need any prior experience to get into the program, either. Three out of four scholars had no previous exposure to computer science prior to camp, and almost all the scholars reported wanting to continue studying code following the conclusion of the program.

For Kloss, it has been the honor of a lifetime to see her scholars make their own coding dreams come true. These young women have gone on to internships at companies such as Apple, Amazon, and AT&T, and two scholars in particular went on to launch their own coding initiative. In fact, 30 percent of scholars have started a coding initiative following Kode With Klossy. The hard work Kloss has put into Kode With Klossy is evident in these success stories.

Ahead of the 2020 Kode With Klossy camp, which will take place this summer and is currently accepting applications, I had a chance to ask Kloss about her love for coding, the evolution of Kode With Klossy, and what she has learned over the past five years managing this initiative. Here’s what she had to say.

When you launched your program five years ago, did you think it would be as successful as it has become today? Has it surpassed your expectations?

I took my first coding class in 2014 and was instantly hooked. For the first time, I discovered how accessible and creative code was and I wanted to share that learning experience with other young women. What Kode With Klossy has become
since then far exceeds my wildest dreams! In five years, we’ve helped over 2,500 young women across the country learn to code and have seen them go on to do amazing things when they leave camp. Many of them have started their own
coding clubs, launched their own apps and businesses, and competed and won in hackathons. They’ve also formed this incredible community that sticks together and supports one another long after the camps, which is so powerful and not something I ever expected when we first created the program.

Do you see any overlap between your career as a supermodel and your work in coding?

I think many people have a hard time making the connection between fashion and STEM, but the two industries are becoming more intertwined every day. One of the reasons I decided to learn code was the technology transformation I was witnessing
within the fashion industry — from the prominence of social media to e-commerce, wearable tech, and more recently, sustainable tech. Given tech’s vast reach, it’s important now more than ever to teach the next generation vital skills such as code, because this knowledge is so widely applicable.

If a program similar to your own had been around when you were younger, do you think you might have pursued tech as opposed to modeling?

Growing up, I always had a passion for math and science but, there weren’t many STEM-related programs, and definitely not any coding programs back then. If something like Kode With Klossy existed back then, I would have absolutely participated, which I definitely believe would have led to Kode With Klossy being a few years older, way larger and we’d probably have scholars all across the world — which of course is a major goal of ours!

Of all the scholars you’ve seen through the years, are there any whose stories or experiences in the program have stood out as particularly memorable to you?

Every year, I feel so lucky to meet a new talented group of Kode With Klossy scholars and watch their journey through code. What amazes me most is their drive to continue to pursue code after camps are over. Our scholars take what they’ve learned and create
projects designed to solve some of society’s toughest problems like voter education, access to health resources and so much more. We had a pair of sisters leave camp and start a coding club for young women at their local library, scholars have taken their talents to internships at big tech companies like Apple, AT&T and Amazon, and 65% of our scholars go on to study computer science in college, compared to just 3% of women nationally.

@kodewithklossy SUMMER 2020 IS OFFICIALLY OPEN. FOR. BUSINESS. Tag a friend who should apply to learn to code FOR FREE with us this summer ⬇

What sort of qualities are you most looking for in an applicant for Kode With Klossy?

A Kode With Klossy scholar is someone who is curious, passionate and not afraid to go outside of her comfort zone and try something new! Most of our scholars don’t come in with any coding experience, however, by the last day of camp, 90% of them say they
want to continue pursuing computer science education. Our scholars have gone on to apply their newfound coding skills to whatever it is they’re passionate about — whether that’s fashion, technology, sports or community activism—  and we help provide the tools and support systems they need to thrive in today’s tech-driven world.

What are some of the most valuable lessons you’ve learned in the five years since you started Kode With Klossy?

Learning to code can definitely feel intimidating, but it’s actually a really creative and collaborative skill set with so many real-world applications. The entire Kode With Klossy team has spent a lot of time thinking through ways to create an inclusive environment where young women feel empowered to take on a difficult task and experiment with their budding interests in STEM.

I’ve also learned that there is nothing more powerful than a network of passionate and driven women. Throughout my life and my career, I’ve had the pleasure of learning from and being mentored by strong, successful women, so it was important to me that we exposed our scholars to women making strides in STEM. Something we think a lot about is the idea that ‘you can’t be what you can’t see,’ so throughout the camps we aim to spotlight women with interesting careers in STEM and show our scholars the many opportunities they can pursue with their coding skills.

Finally, I’ve learned that code is an amazing superpower! It is my true passion and each year it brings together an astonishing group of young women who all have interesting stories, innovative ideas and a powerful understanding of community. I love seeing our Kode With Klossy scholars take what they’ve learned at camp and apply it to real-world projects they’re passionate about and I am so incredibly honored to be part of this community of talented young women.

These are the children’s books every strong, smart girl should read. 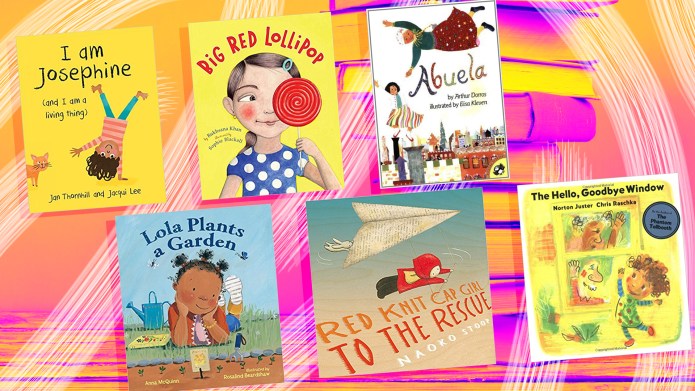 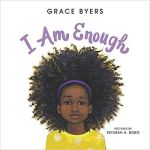 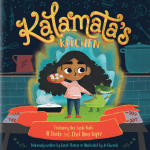 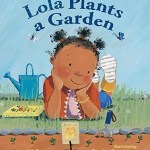