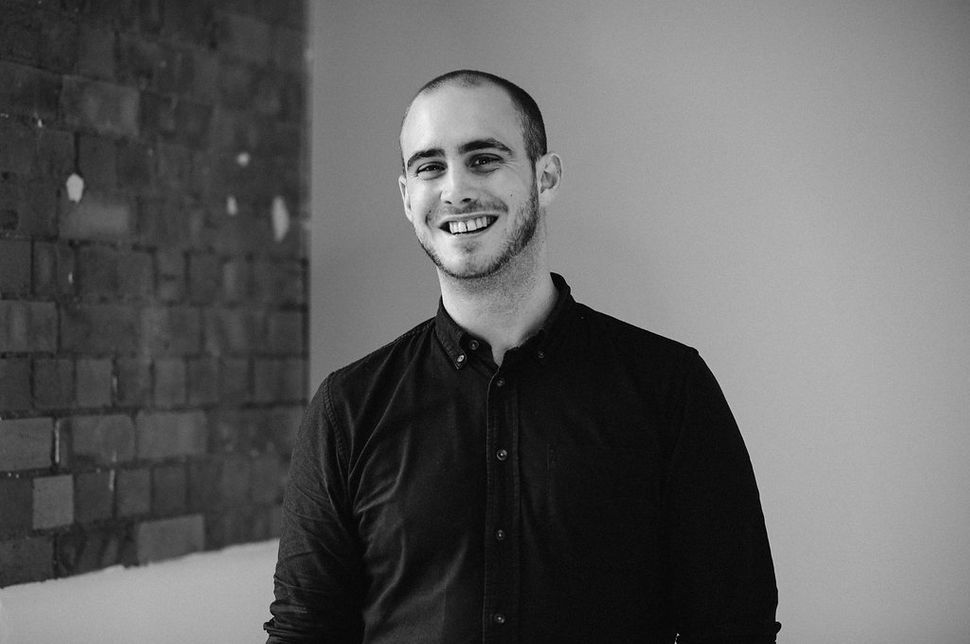 After a few dates and some intense flirting with a guy I was seeing in 2016, he invited me over to his house and I knew I had to work up the courage to tell him about my HIV status.

I’m HIV positive, but undetectable – meaning I can’t pass the virus on because I’m on effective treatment – so after four pints of courage, I did it the slickest way possible.

Mid-kiss, I pulled away and just blurted it out like some kind of word vomit: ‘By the way, I have HIV but I’m undetectable, which means I can’t pass it on – hope that’s cool.’

That’s when it all went horribly wrong.

He wouldn’t open his mind to see anything apart from his own outdated opinions on the risks of sleeping with someone with HIV, and to my mind, the outdated perceptions of what type of person contracted the virus.

Ever since this incident, I changed my status on Grindr to ‘HIV Undetectable’ because it stops not only the awkwardness of the chat, but it weeds out the narrow-minded guys that I’m never going to get on with.

So I’m a bit confused by people being against the announcement of dating apps like Hinge, Bumble and Tinder adding ‘vaccine stickers’ to their profile.

Is it because they’re worried about people who won’t take the vaccine? Well good, hopefully it will drive them to actually take it. Or maybe it’s about civil liberties and privacy? Well, you’re on an app that knows your location and preferences in the bedroom, I don’t think a vaccine sticker is going to give them much more info than they already have.

But I don’t get the problem – it means you can meet a stranger with reduced fear of contracting the virus or giving the virus to the other person. You can go in search of ‘the one’ knowing you’ve done everything you can.

For me, I’m more than happy to put my vaccine status on my dating apps because it takes away any awkwardness and just makes things easier.

I was diagnosed with HIV in 2014, which felt like the end of the world at the time. The shame and stigma were so heavy that I just didn’t see a future in which I would ever be happy – where I had a partner, a family or a career.

I spent the next two years living in fear of rejection and not being seen as ‘clean’ by potential dates. I still told my sexual partners, but it was often quite far down the dating process and it made the rejection so much more painful to face.

After the incident with that guy in 2016, I vowed to change this.

Having my HIV status on my dating profile means conversations can go one of two ways: ‘Oh, I see you’re HIV+ undetectable – same here!’ or just general acceptance. Wham bam, there goes that awkward conversation.

On the flip side, I’ve had ‘I don’t date HIV+ people’, to which I send them a ‘Bye Felicia’ gif, block them, and move on.

As someone who’s had both their AstraZeneca jabs since March (there are some positives to being HIV positive), I’d be proud to share this with potential dates by including it on my profile.

It shows that I’m a team player and here to stop not only myself from getting Covid-19, but others too. It also demonstrates that I trust modern science and how open I am as a person, which is a great quality in a date, right?

As someone who has been single and pretty much living alone for the past 18 months – save for my rescue dog Bob – I cannot wait to get back out there. There are only so many pseudo date nights you have with a Jack Chi dog (look them up, cuteness overload) before the conversation becomes way too one-sided.

I’m ready for awkward waves at the bar trying to work out if it’s the same guy, but with his hair recovering from a year of lockdown self-shaves, while he tries to figure out if I had bleached hair in my profile pic. That’s all I want to have to worry about.

Once we can touch people we don’t have a genetic link with in a public place again, I will be making the most of that section on my profiles, for sure.

It took me a long time to become this confident with my HIV status and disclosing. It’s something I’m used to now. After 40 years of shame and stigma since HIV first began, I’m one of the lucky ones who feels safe enough to be open about their status.

I went from being terrified my parents would find out and reject me to speaking on national news about living with the condition in a matter of weeks. This was thanks to a particularly cathartic conversation with a counsellor at the Terrence Higgins Trust, in which I vowed to live my truth no matter what people thought.

But many don’t have that luxury. They don’t have the supportive family or living situation, the boss that gives them the time off for doctor’s appointments, or the friends who are angry at the virus, rather than being terrified of contracting it from you.

That’s another reason I’m so open about it all, because I can be. And I can do it for those who can’t – to reduce the taboo.

Although having a jab is not quite the same as disclosing you’ve got a long-term health condition, it does feel quite similar because of the stigma of each one.

I will be one of the first to be adding the vaccine sticker to my profiles, because the premise is the same. I take medication to stop those I’m coming into intimate contact with from contracting a virus – be it Covid-19 or HIV.

Why shouldn’t I want people to know that?

It’s been a long 18 months for us singletons not being able to go on proper dates or putting them off when things are ‘back to normal’. So now there’s a chance to get back out there, I’ve got my list of ‘maybe after lockdown’ conversations to pick up.

And yes, if they’ve not already posted it, I will be asking if they’ve had their jab before we meet up.

Alex Causton-Ronaldson is supported by the Terrence Higgins Trust – for more information about their Can’t Pass It On campaign, visit their website here.