LIVERPOOL boss Jurgen Klopp has raged at Leeds United's protest of the European Super League – which he didn't know of until last Sunday.

The Reds announced they've signed up to be part of the breakaway 15-team league – which Arsenal, Chelsea, Manchester City, Manchester United and Tottenham are also set to feature in – on Sunday night. 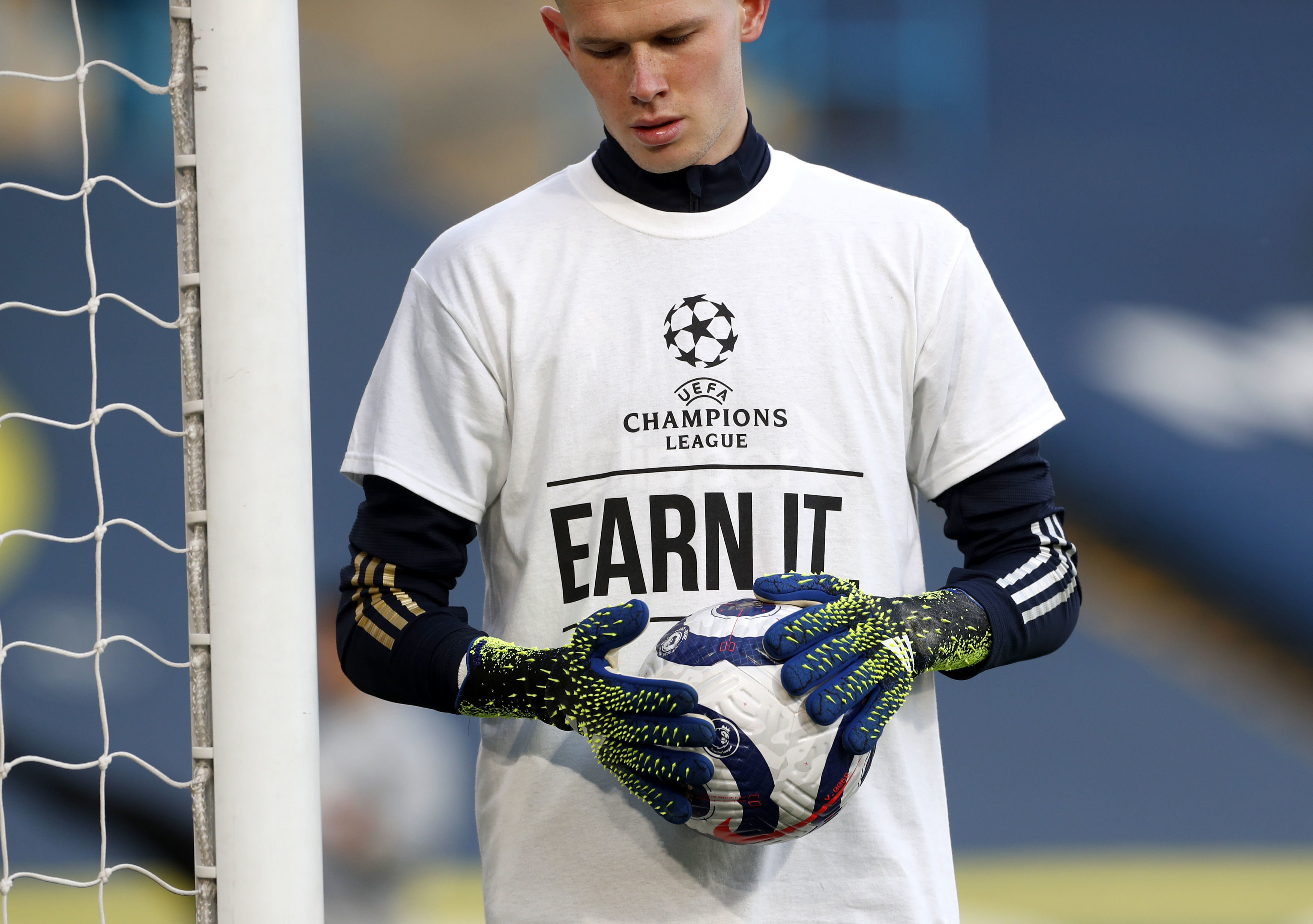 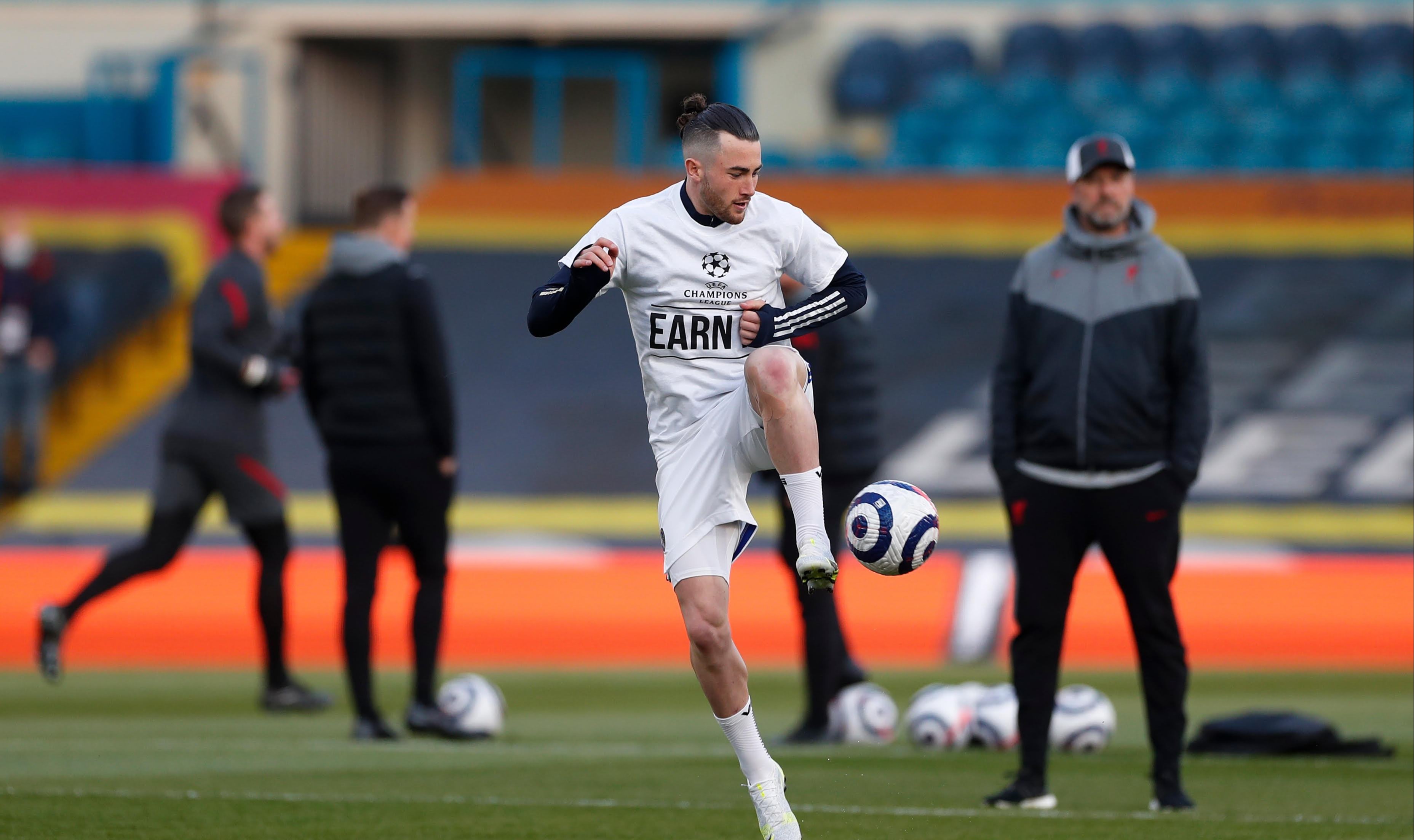 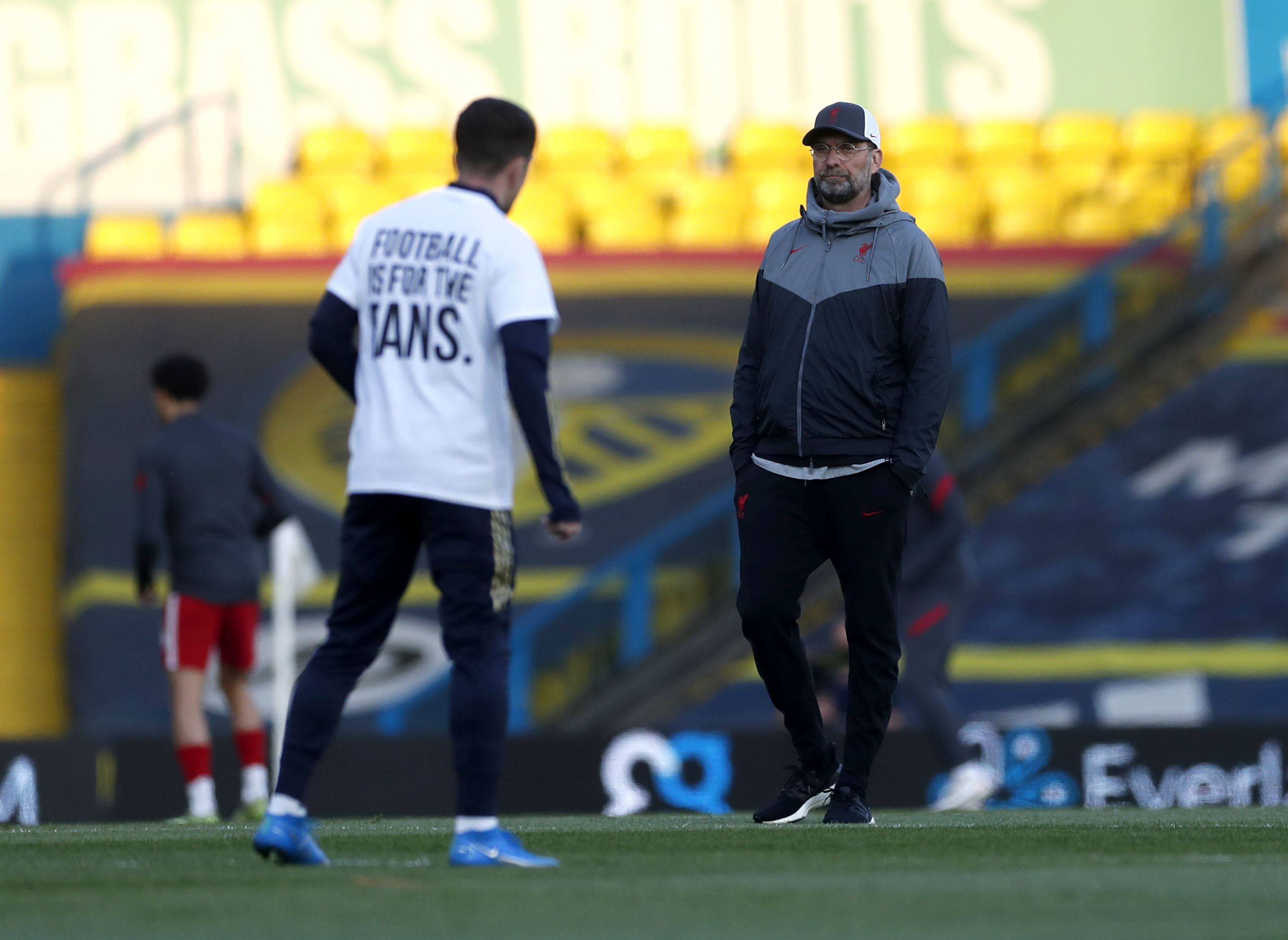 The proposal has sparked mass outrage, so much so Leeds' players wore shirts condemning the plans ahead of their Elland Road clash with the Merseysiders.

During their warm-up, Marcelo's Bielsa's men wore shirts that read on the front: "Champions League EARN IT

'Football is for the fans' was emblazoned on the back of the shirt.

And Klopp was quick to lambast the protest after getting a glimpse of the Whites' pre-match attire.

In his pre-match interview, the German told Sky Sports: "I heard there are warm-up shirts, we will not wear them, because we cannot.

"But if somebody thinks they have to remind us to 'earn it' to go to the Champions League, that's a real joke and it makes me angry.

"If it was a Leeds idea, thank you very much, nobody has to remind us."

News of the ESL was dropped on footy fans late on Sunday night.

Klopp, who in 2019 revealed he's firmly against the concept, was in dark over the club's plans and found out the same time at Reds fans.

He said: "My opinion hasn't changed.

"I heard about it for the first time yesterday while we were trying to prepare for a very difficult game against Leeds United.

"We got some information but not a lot to be honest. I

"t's a tough one, people are not happy with it and I understand that but I can't say a lot more because we were not involved in any processes – not the players, not me, we didn't know about it." 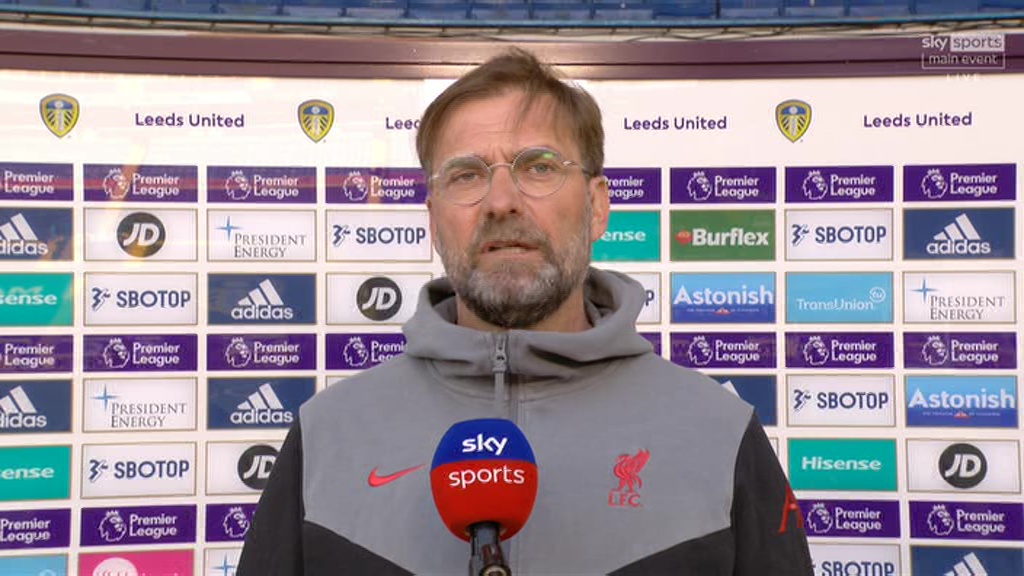 Despite having a short meeting with the Liverpool brass earlier today, Klopp is still unsure of the club's future.

He said: "I don't have all the information. I don't know why the 12 clubs did this.

"I don't like that we might not be in the Champions League but if we earn it we want to be there.

"Yesterday we didn't really know and this morning we had a short meeting and I told the boys what I know, which is not a lot."

Reds supporters staged a protest outside Anfield on Monday to voice their discontent at the club's decision to sign up for the breakaway competition.

Klopp understands the Anfield faithful's fury, saying: "The most important part of football is the supporters and the team. 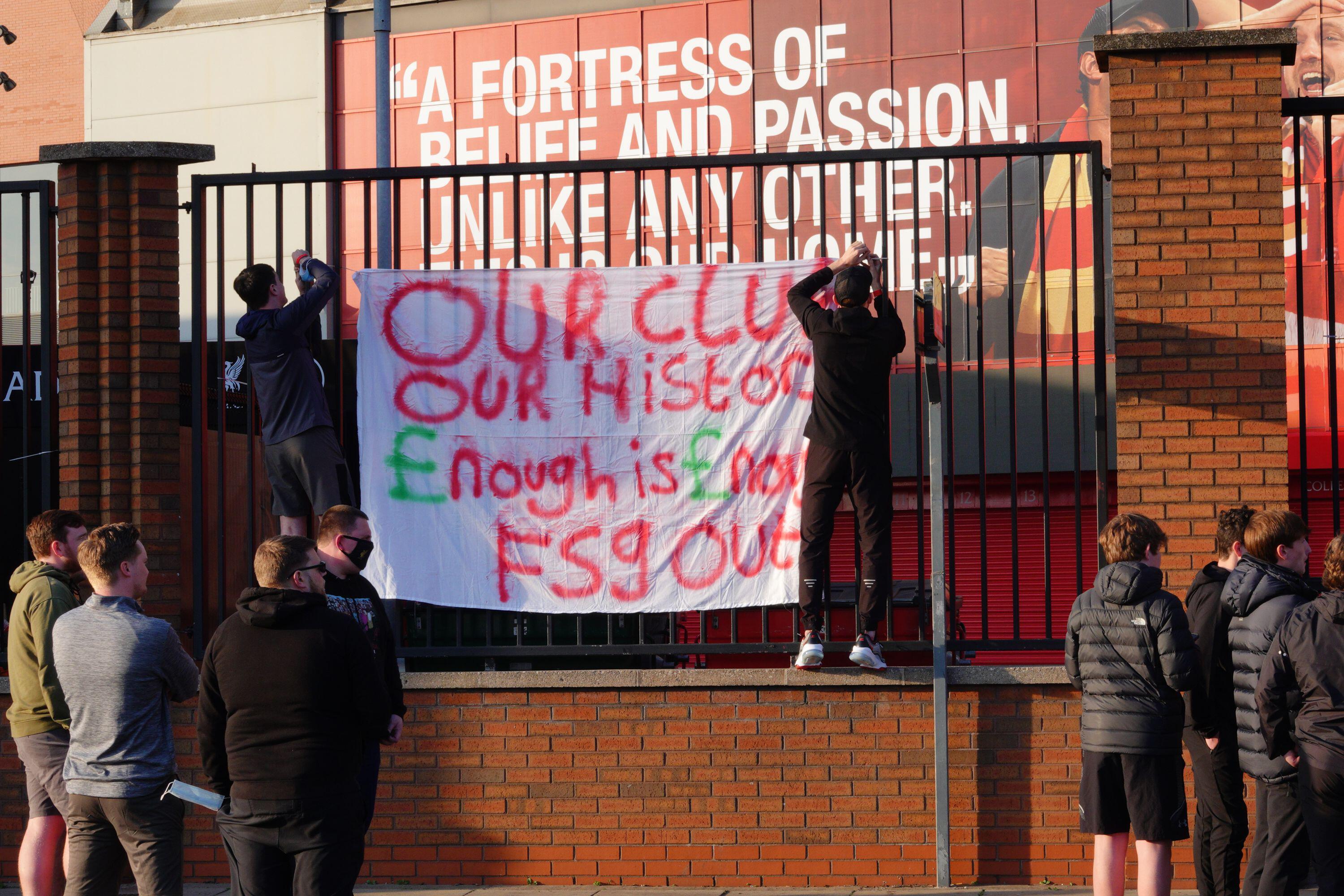 "We have to make sure that nothing gets in between that.

"I heard we put banners at Anfield and I don't understand that because the players didn't do anything wrong.

"We have to stick together and when other people from other clubs use our anthem against us I don't like that as well.

"There are things we have to sort but they have nothing to do with the team.

"In tough times you have to stick together, that doesn't mean you have to agree to everything.

"But the boys didn't do anything wrong other than not try to win every football game."