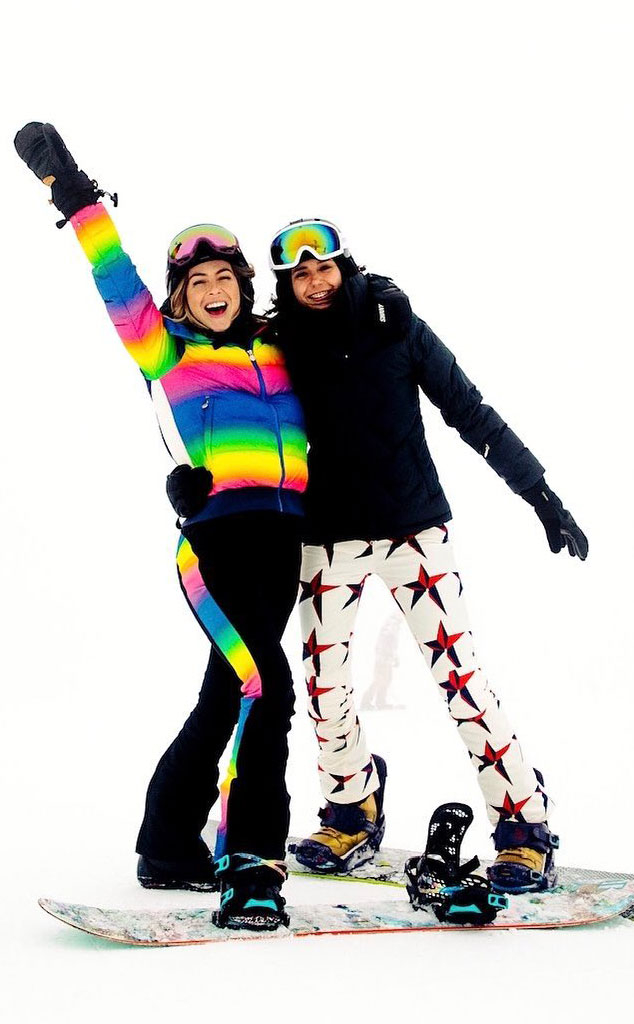 Talk about the ultimate girls’ trip!

On Thursday, Julianne Hough and Nina Dobrev were BFF goals once again during their recent getaway, where the stars brought their friendship to the mountains for a fun-filled skiing trip.

Excited to hit the slopes with one another, the Dancing With the Stars alum and the Vampires Diaries star took to social media to document every aspect of their trip—starting with their ski attire. “Snow bunnies,” Nina captioned a picture of herself and her bestie all suited up. Adding a little flare to the picturesque snowy mountains, she donned a vibrant multicolored ski suit. For her part, Julianne sported an equally eye-catching yellow outfit.

For their second day on the mountain, the longtime pals appeared to have had an outfit swap and it was the Rock of Ages star that was rocking the rainbow suit. “Trying to be incognito on the mountain today,” Julianne wrote on Instagram, poking fun at her head-turning ensemble. Not quite as bold as the day before, Nina rocked a pair of white snow pants that featured a red star print.

Taking a moment to appreciate nature, Julianne shared a series of selfies of herself heading up to the mountain, captioning the post: “Soaking it all in #grateful.”

When the duo weren’t shredding it up on the slopes, they found time to unwind in a hot spring together. “#FullMoonParty,” Nina shared, along with some hilarious snaps of her and Julianne wading around in the water under the moonlight.

Julianne and Nina’s BFF trip comes two months after a source revealed that the dancing pro and her husband Brooks Laich have been “spending time apart” following the NHL player’s announcement that he wants to explore his sexuality. 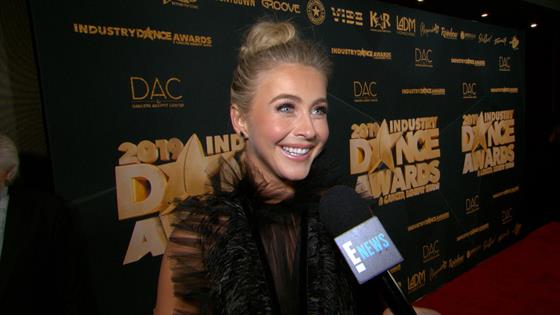 “They have been spending time apart but are not ready to share what’s going on between them,” the insider told E! News back in January. “They don’t even really know what to call it. There’s a ton of love and emotion there and they are going through something very personal.”

The source added, “[Julianne has] been very private about this time in her life and is not making any kind of official announcement. She is honoring her work commitments, as is he, and it’s kept them apart. But things have definitely changed in their relationship.”