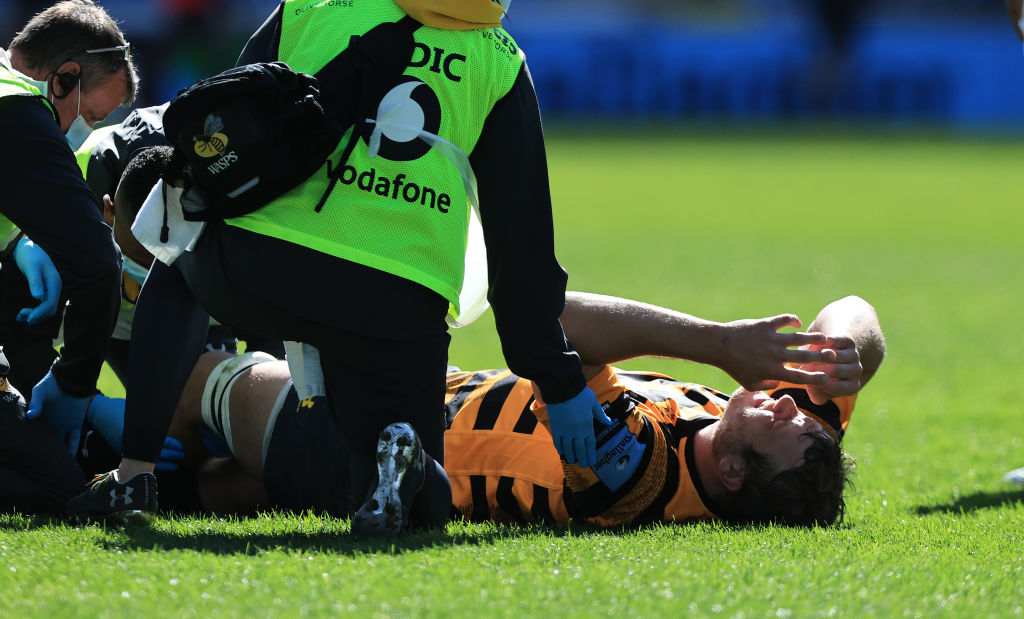 England and Wasps star Joe Launchbury has been ruled out of the British and Irish Lions’ tour of South Africa after sustaining a serious knee injury.

Launchbury was perhaps unfortunate to miss the cut in both 2013 and 2017 and was widely expected to receive his first call-up before rupturing his anterior cruciate ligament in Wasps’ 39-29 victory over Bath at the weekend.

The 30-year-old second row appeared in some discomfort after an attempted tackle on Jonathan Joseph and was briefly treated on the field before being helped off the pitch by two members of Wasps’ medical staff at the Ricoh Arena.

It was confirmed on Tuesday that Launchbury will require surgery on his left knee and the injury is likely to keep him sidelined for at least six months.

‘He has had a consultation with a knee specialist, who has confirmed that he will require surgery.

‘Everyone at Wasps wishes Joe all the best for a speedy recovery.’

Launchbury, who has been capped 69 times by England, was making just his fifth appearance for Wasps after a returning from a separate injury.

Lions head coach Warren Gatland will announce his 36-man squad on Thursday, with the opening warm-up clash against Japan kicking off in under two months’ time at Murrayfield.