Home » Lifestyle » Jockey Irad Ortiz Jr. to miss Belmont Stakes after being tossed by horse, trampled by another 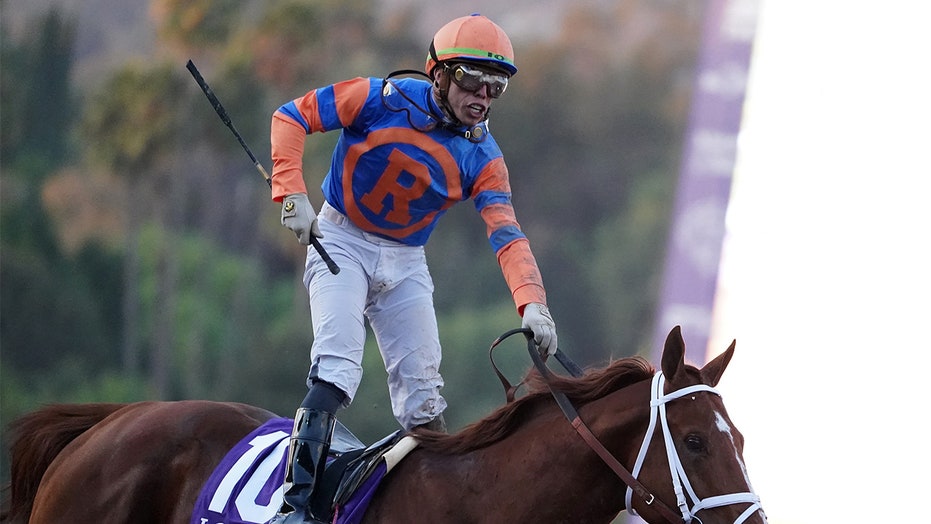 Jockey Irad Ortiz Jr. won’t participate in Saturday’s Belmont Stakes after being thrown from his horse and then trampled by another in a race earlier in the week.

Ortiz miraculously escaped serious injury when he was trampled by a horse being ridden by his young brother, Jose Ortiz, during the final stretch of a race at Belmont Park on Thursday.

Irad Ortiz underwent a CT scan, though it was not immediately clear if he suffered a head injury beyond the cut that required stitches. His younger brother shared a picture on Twitter Thursday stating that Ortiz’s X-rays came back “clean” and that he would return in just a “couple weeks.”

Jose Ortiz ran to his brother’s aid immediately after the fall. He told the AP that he was “relieved” when he saw for himself that his brother was talking and could feel his extremities.

Ortiz will miss Saturday’s race but horse trainer Todd Pletcher has replaced him with the younger brother who will be riding Known Agenda. The pair previously teamed up in 2017 to win the Belmont Stakes with Tapwrit.