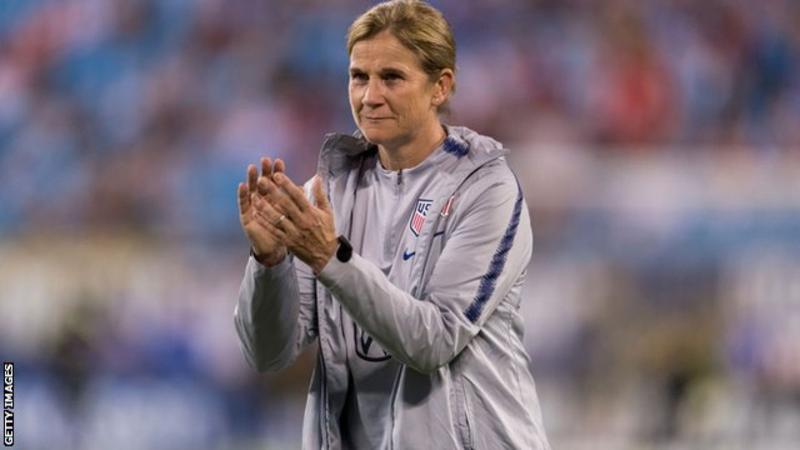 But Aluko says the Football Association must be prepared to pay Ellis – who won back-to-back World Cups with the USA in 2015 and 2019 – the same as England men’s boss Gareth Southgate.

Neville will step down when his contract ends in the summer of 2021.

“She has that pedigree and she has that experience,” Aluko told Sky Sports.

“She’s worked with some of the best footballers – elite athletes – in the world. The England women’s team now are at that point where they’re getting to semi-finals and now need to be getting to a final and winning it, winning World Cups, winning European Championships.”

Ellis was manager of the USA when the team began their legal battle for equal pay, and Aluko has suggested that the FA would need to avoid the possibility of a similar scenario developing.

“The contract she’s probably going to command is going to be very, very high and it’s whether the FA are willing to invest that amount of money,” added Aluko.

“I’m talking about commensurate to what Gareth Southgate’s paid. They’re coming from that equal-pay expectation, so I think the contractual issue will be a big one.”

Last month, former England and Arsenal defender Alex Scott said “the FA has the capability to attract Ellis” because of the growing investment in women’s football.