JAMIE VARDY fell on his back to take it all in when the full-time whistle confirmed Leicester City’s place in a first FA Cup final for 52 years.

The Hollywood script just got an extra scene added. 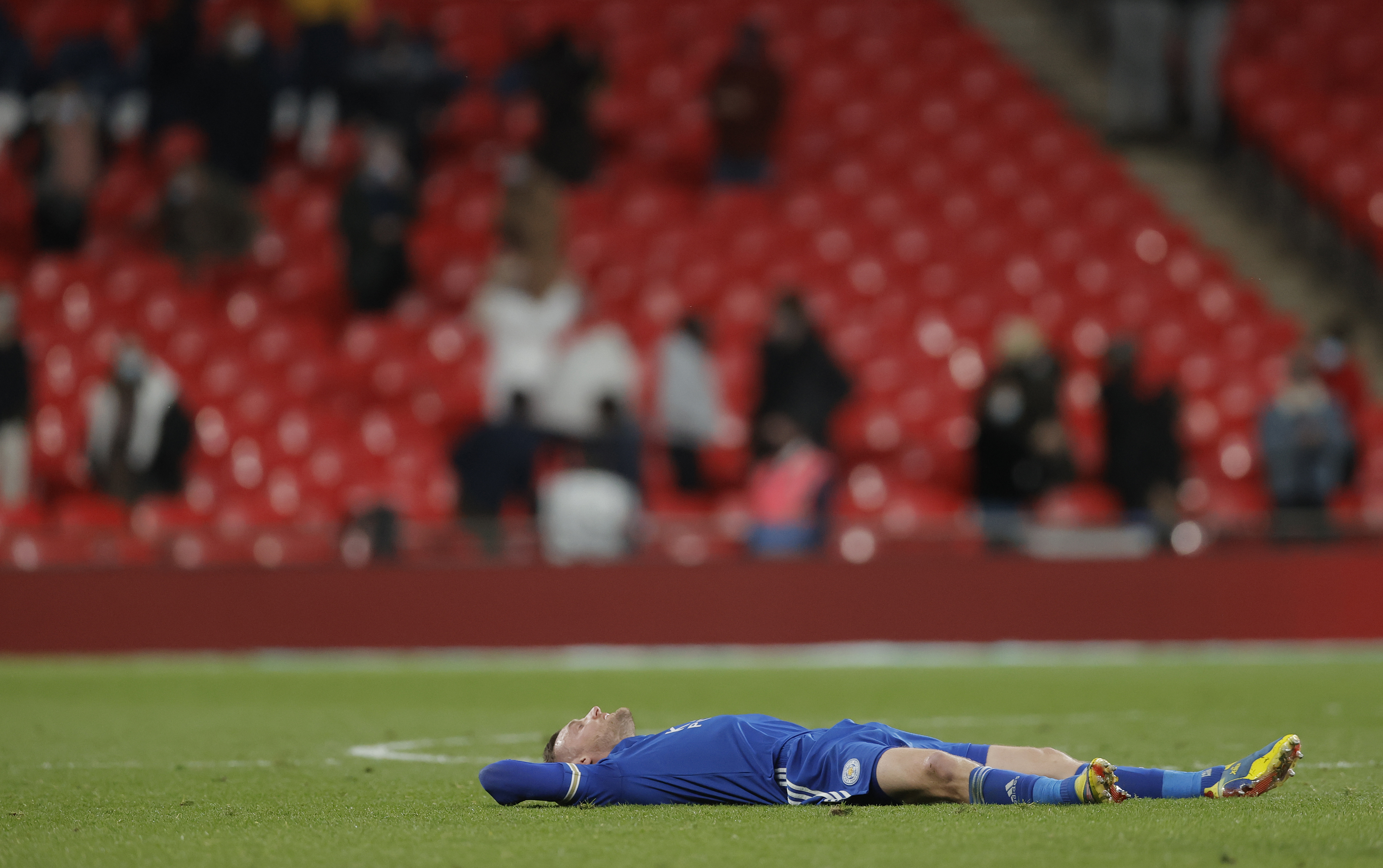 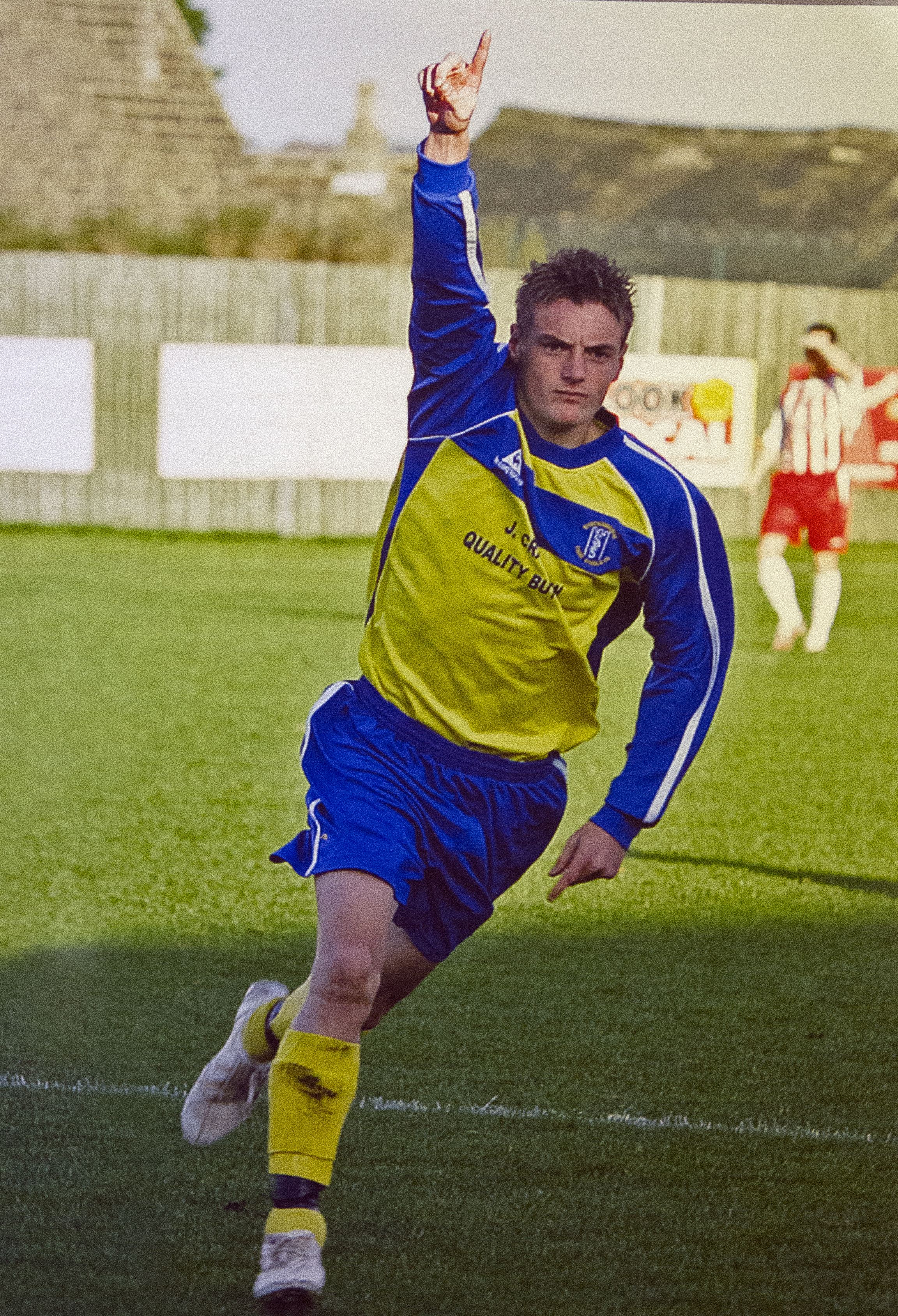 But very few, if any, have also featured in the preliminary round as well as qualifying rounds one, two, three and four like Vardy. The only one missing is the extra preliminary.

Matt Piper was at Wembley for Leicester’s semi-final win over Southampton.

The ex-Leicester winger told SunSport: “All the emotion came out at the end.

“Vardy was laying on his back, he couldn't believe it. He's had such a wonderful career and now he's got the chance to play in the FA Cup final.

“If they don't make a Hollywood film, it would be criminal. His is one of the best sports stories of all time.”

The story started at his beloved Sheffield Wednesday before his release at 15.

Dean Sidebottom was also let go by the Owls but the pair reunited when Vardy joined Stocksbridge Park Steels.

Sidebottom once set up a three-minute Vardy hat-trick… then got subbed two minutes later.

The 35-year-old site manager said: “He was a dream to play with, it was almost telepathic. Even now watching Leicester, I can spot the runs he’ll make.

“He got the break because he scored more!”

The duo were as effective finding cameras or opposition fans to rile as the net and share countless memories off the pitch, including each others’ weddings.

Sidebottom added: “The butterfly celebration was against Trafford in the FA Cup. I scored then Vards got the winner.

“We copied some pros. Anything to wind up the fans! Now he's doing it on a bigger stage. 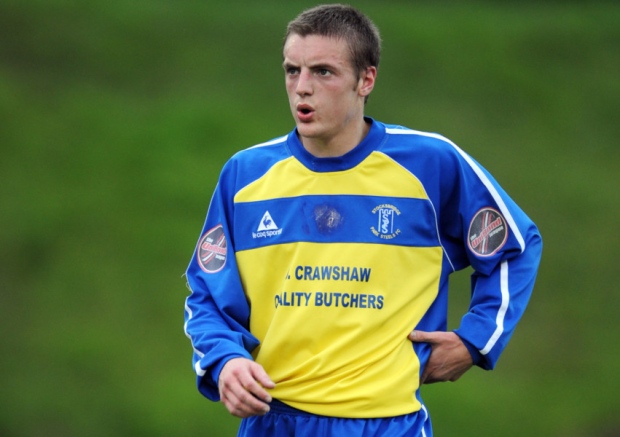 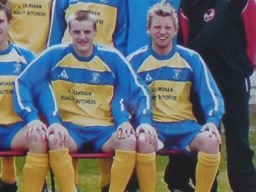 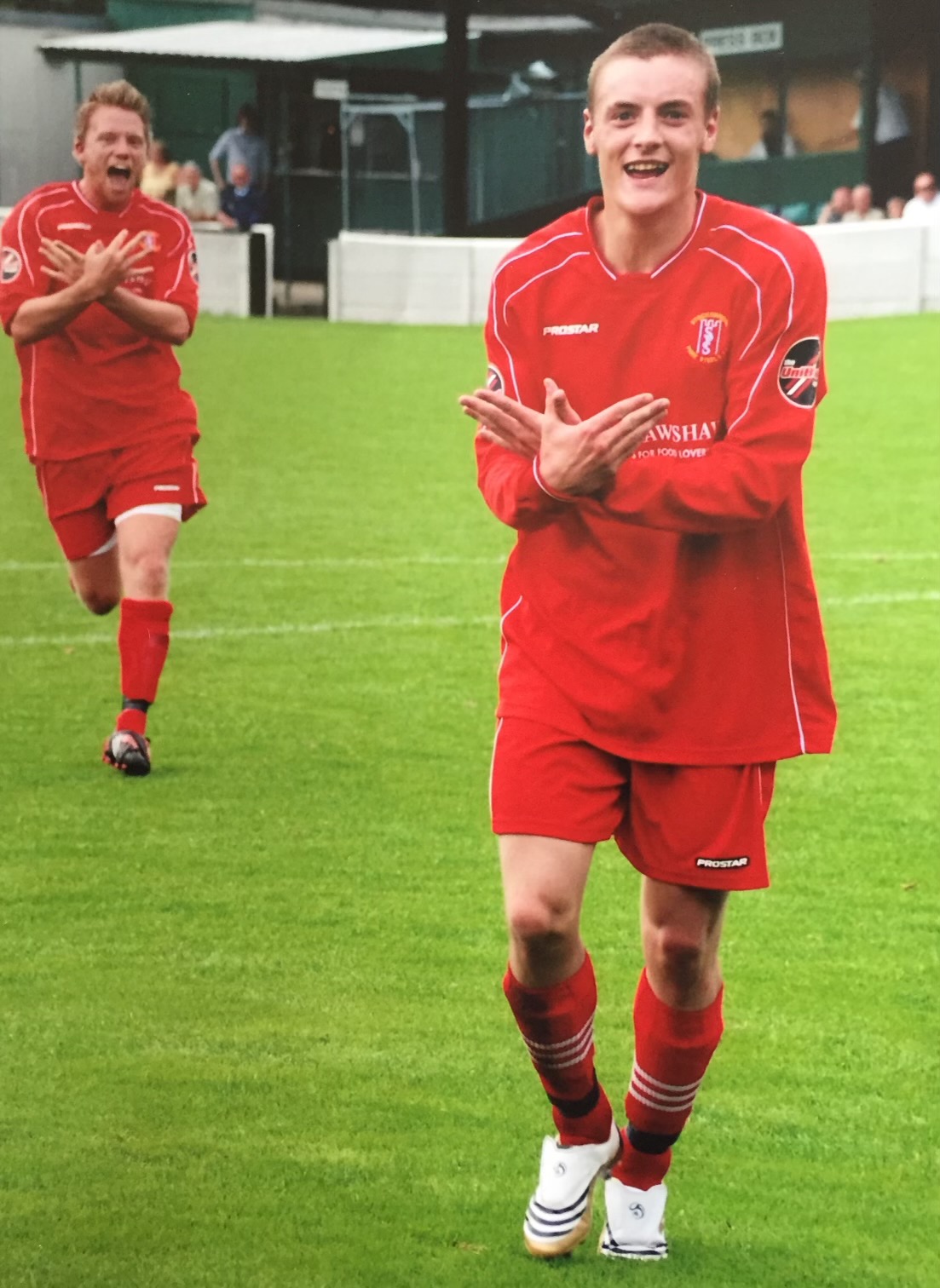 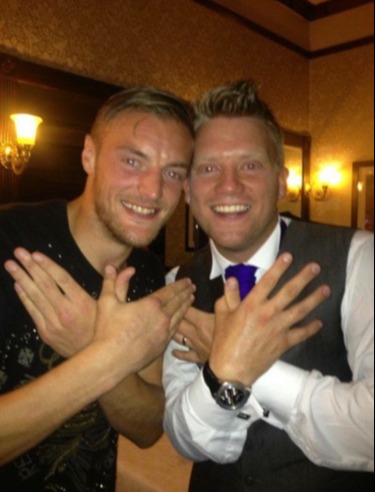 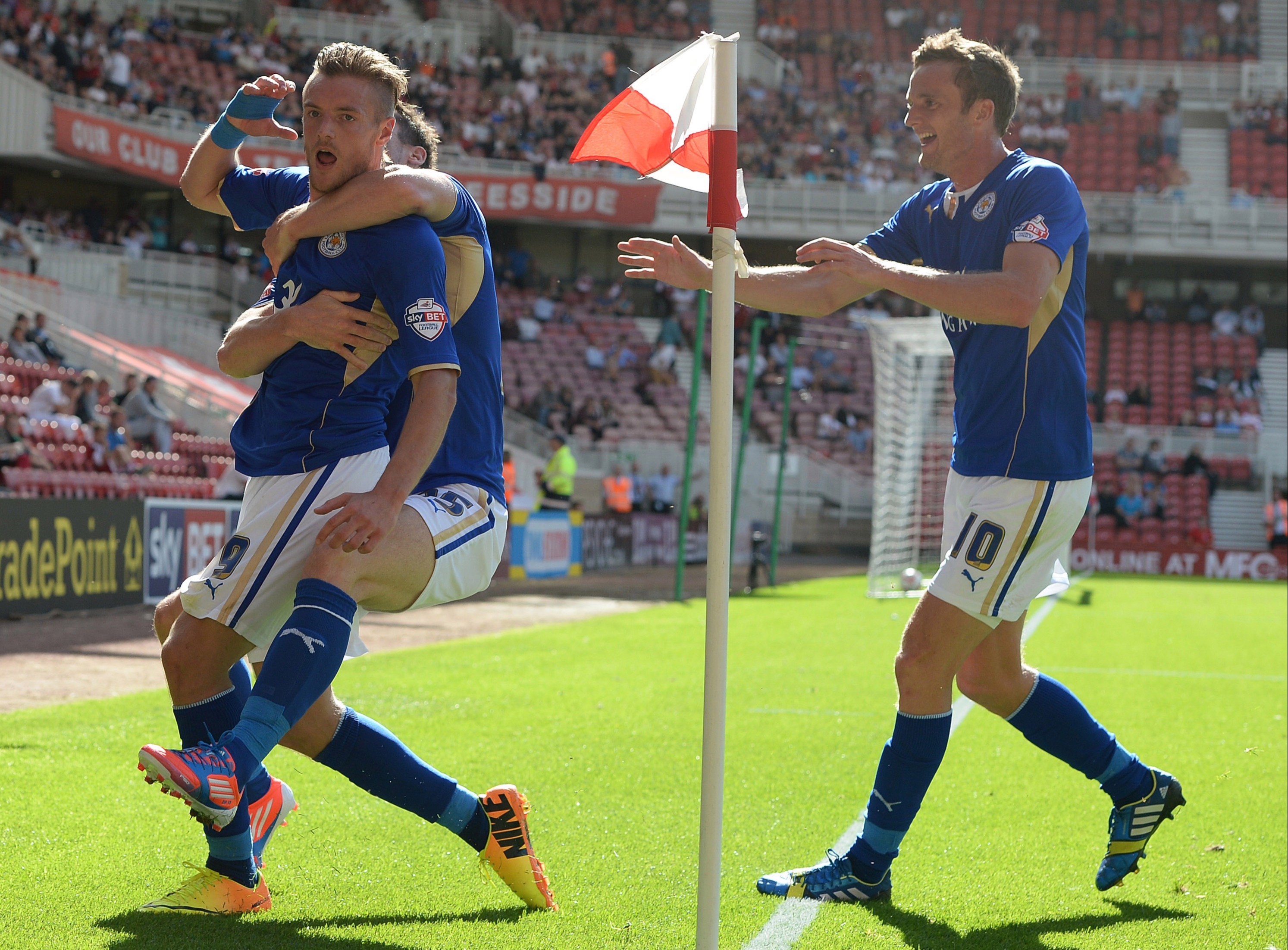 “He came to my wedding straight from scoring the winner against Middlesbrough in August 2013. Nigel Pearson called me beforehand to check he wasn’t pulling a fast one.

“At his, he introduced me to the players and the great tragic Khun Vichai.

“Everyone else at his wedding was rich and famous: Louis Tomlinson, Serge from Kasabian, football friends. I'm just a normal lad from Barnsley.”

Sidebottom’s two sons will watch the final with dad in their ‘Vardy 9’ kits cheering on ‘Uncle Jamie’.

Vardy’s best pal is backing him to do the business: “It's a boyhood dream to play in the FA Cup.

“At Stocksbridge, we never thought we would reach Wembley. I'm proud of him.

“I really think Leicester will win. He'll come good with four or five in the final!”

Watch Vardy carefully as he steps out onto the Wembley turf and hops over the white line.

It’s a superstition he invented mucking around with Sidebottom.

Although the Skittles vodka and pre-match port may be gone, chances are he will have just necked a Red Bull and packet of Tangfastics, as in his Northern Premier League days.

Hayes, 39, said: “Jamie was cocky but backed it up with his skills.

“Fans travelled on the team coach so mingled with players. Jamie had banter and chatted for ages.

“His tag curfew meant he jumped the hoardings into a fan's car to drive back to Sheffield.

“One New Year's Day, he was absolutely tanked out his head and still the best player by a million miles.

“Stocksbridge made headlines in 2002 when someone scored ten goals in an FA Cup game. That was five minutes of fame, Jamie put us on the map for eternity.”

Hayes won’t watch but added: “I hope he wins. If he does, he’ll have one more FA Cup medal than Alan Shearer!”

Vardy scored four goals in eight FA Cup appearances for Stocksbridge between 2007 and 2009, losing in the second qualifying round in three successive years.

He went two better in his one Halifax season, still playing wide left. 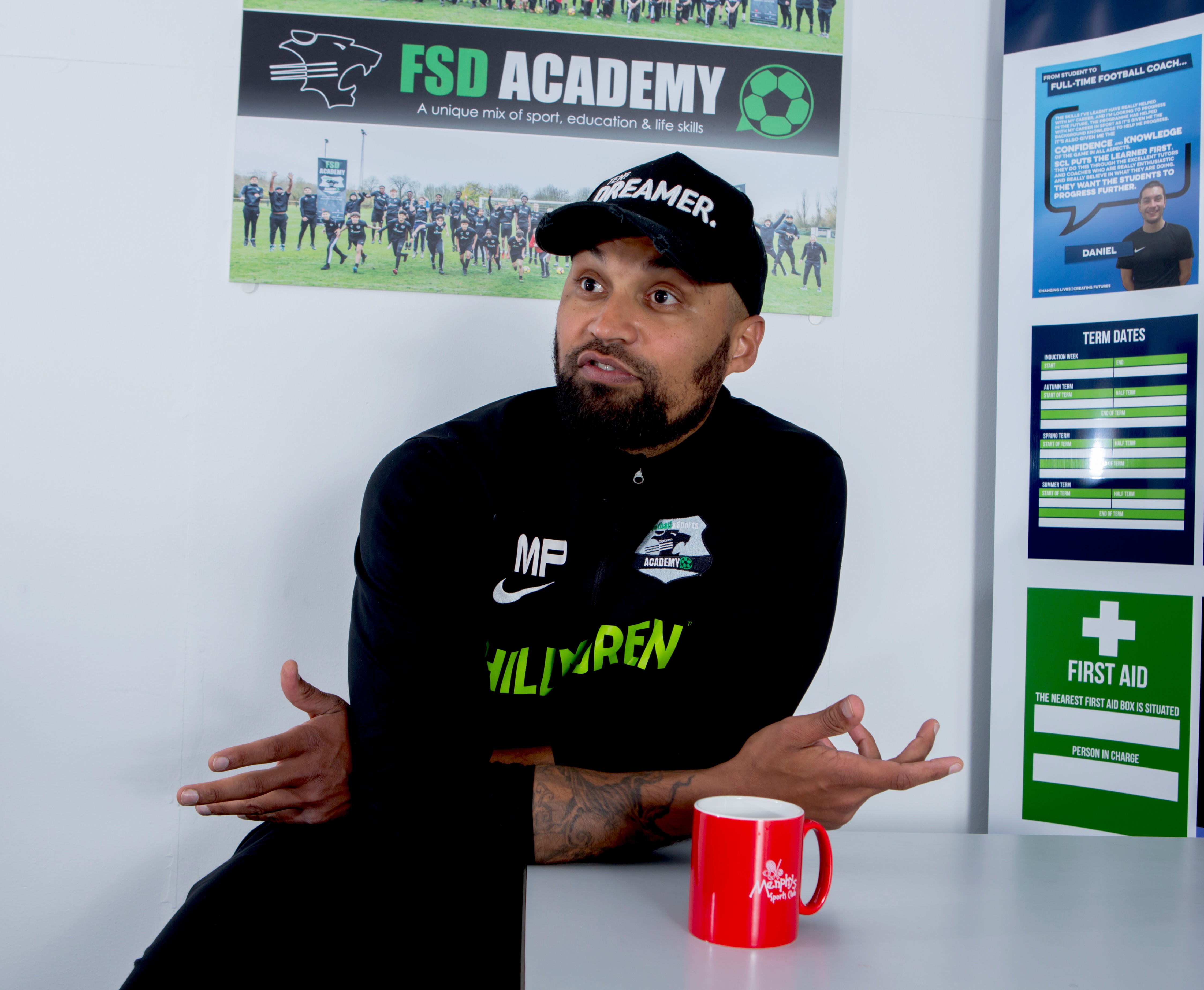 Neil Aspin’s side beat Whitby, Ashton United and Harrogate before Conference Mansfield scraped past them in qualifying stage four.

Defender Mark Bower captained the Shaymen to the 2010-11 NPL Premier Division by 19 points with a +72 goal difference.

Bradford PA manager Bower, 41, said: “It was easy for him. We faced North Ferriby away with a 17-year-old at right-back who had never played before.

“I've never seen such a massacre of one player on a football field, he absolutely destroyed the poor kid. If he smelt blood, he destroyed opposition.

“Vards was an absolute diamond in the dressing room and always at the forefront of nights out. He had a reputation because his clothing wasn't the best!

“It’s pretty special to say I played with Jamie Vardy in the seventh tier.”

At Fleetwood, Vardy’s FA Cup goals shocked third-tier Wycombe and Yeovil in rounds one and two.

Then came the famous Leicester transfer in 2012. 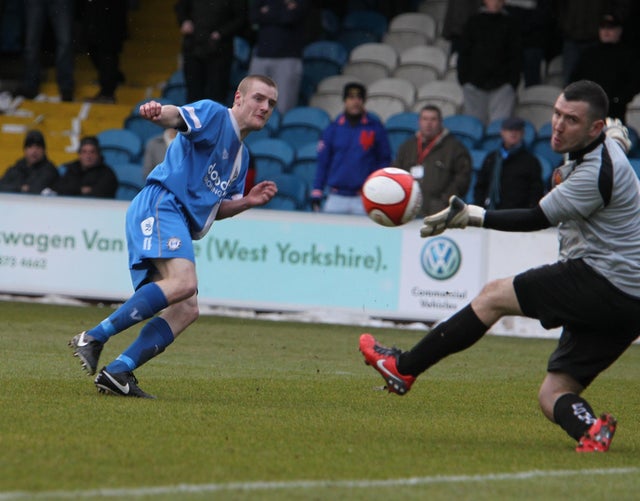 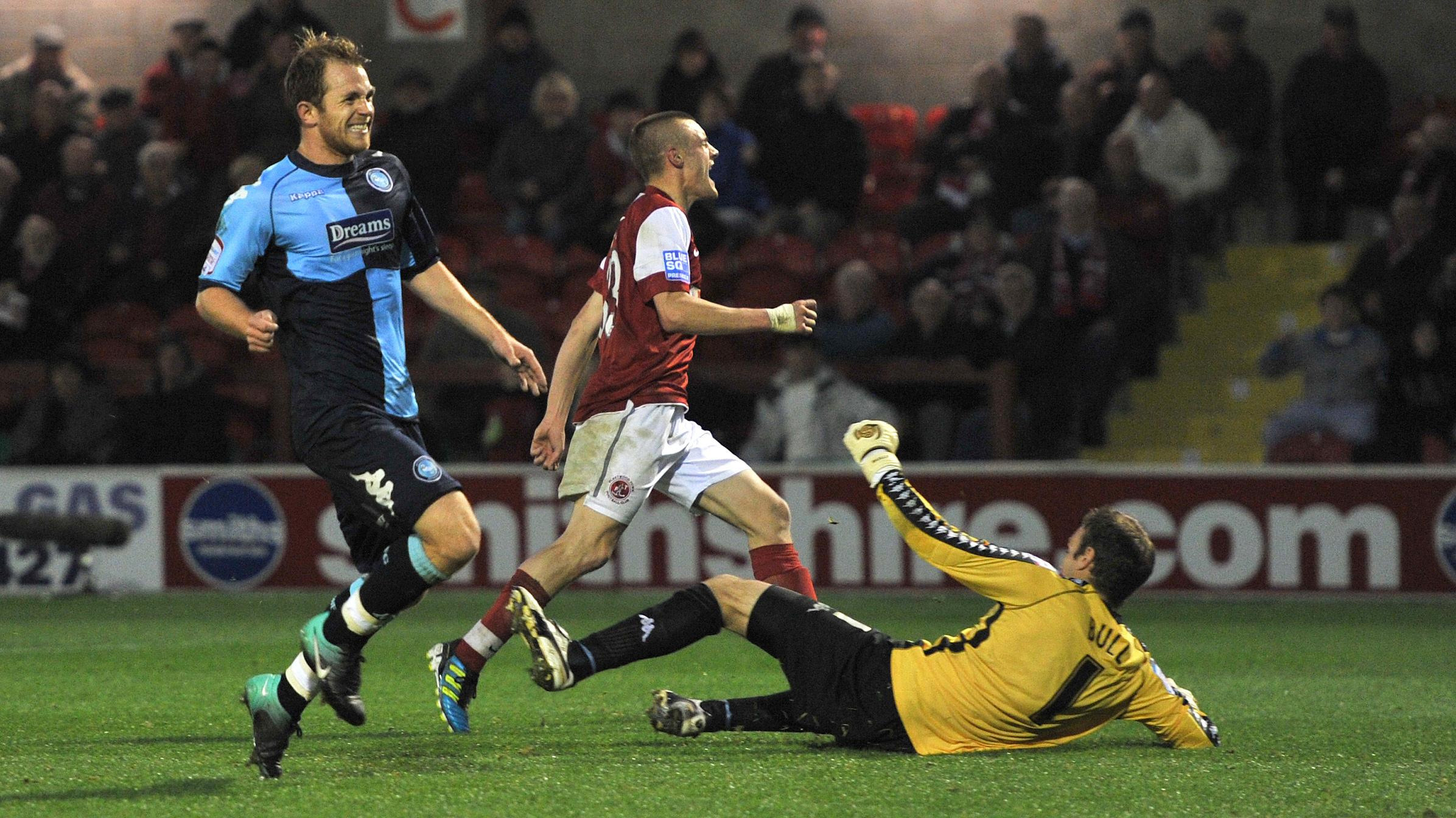 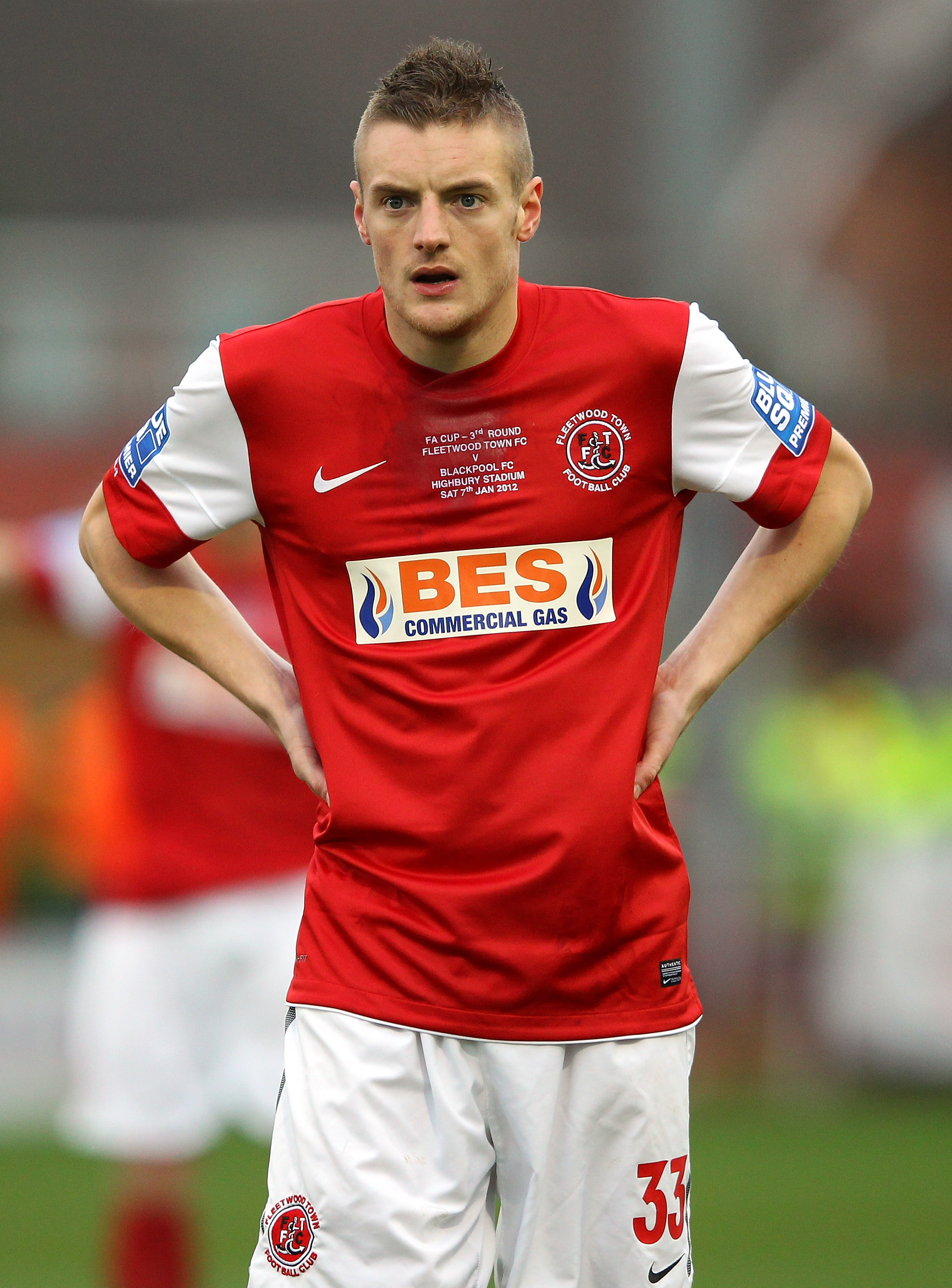 Eight years on, he has 145 Foxes goals, a Premier League medal, the Golden Boot and 100 Club membership.

Ironically, only two of those 145 are FA Cup goals, while he managed seven in 26 England caps, appearing at two major tournaments.

Piper, 39, added: “I was excited when we signed Vards.

“His biggest quality is adapting at every level. Making the jump is the most difficult thing.

“He’s one of Leicester's greatest players and among the best signings ever. He will be talked about in the top ten Premier League strikers.

“I love him, honestly!

“He will definitely score. The worst thing you can do is wind him up. I hope Chelsea fans make that mistake because he'll score a hat-trick.

“He's come a long way from wanting to quit to be an Ibiza rep and drinking bottles of vodka with Skittles in.” 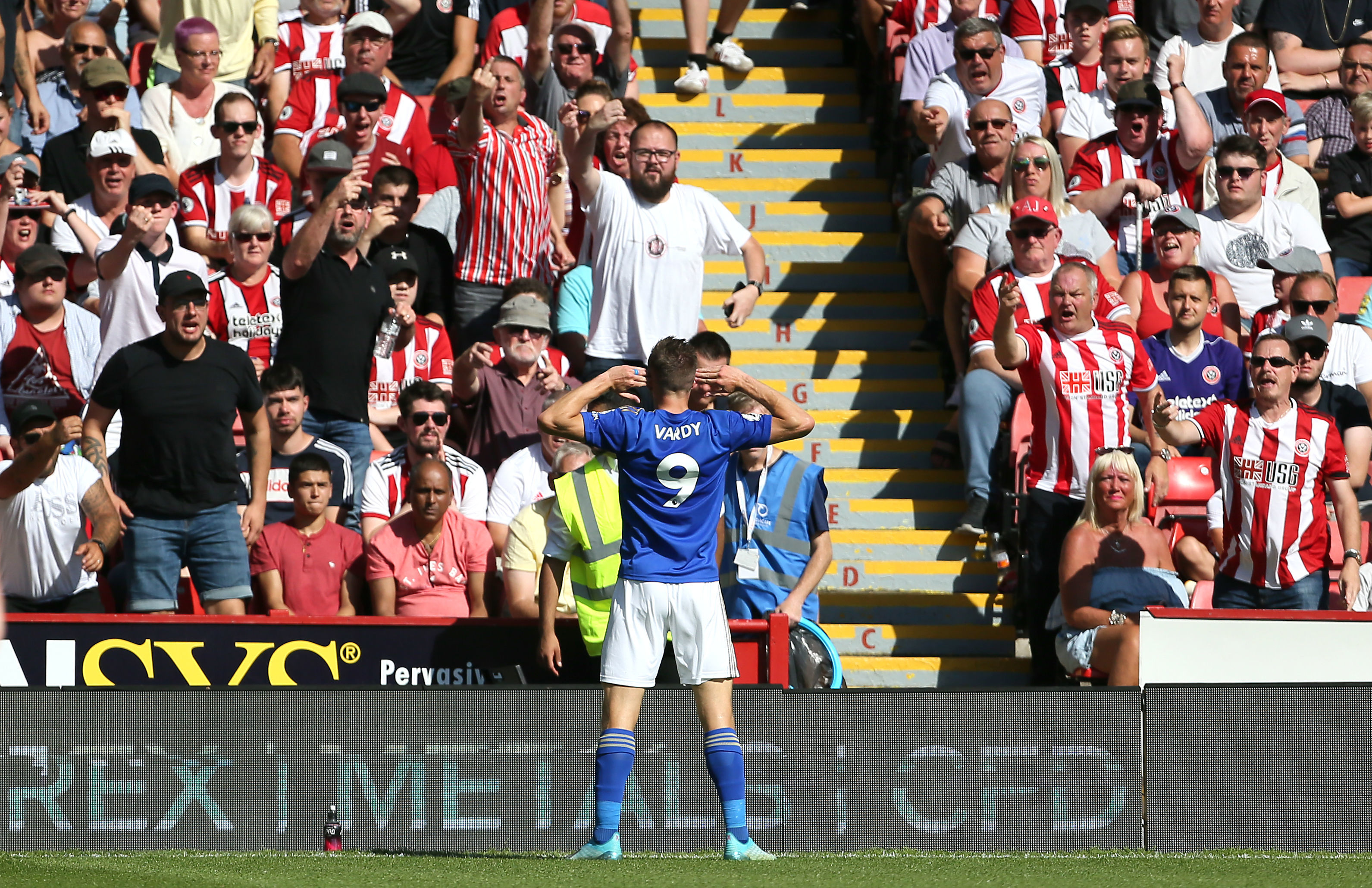 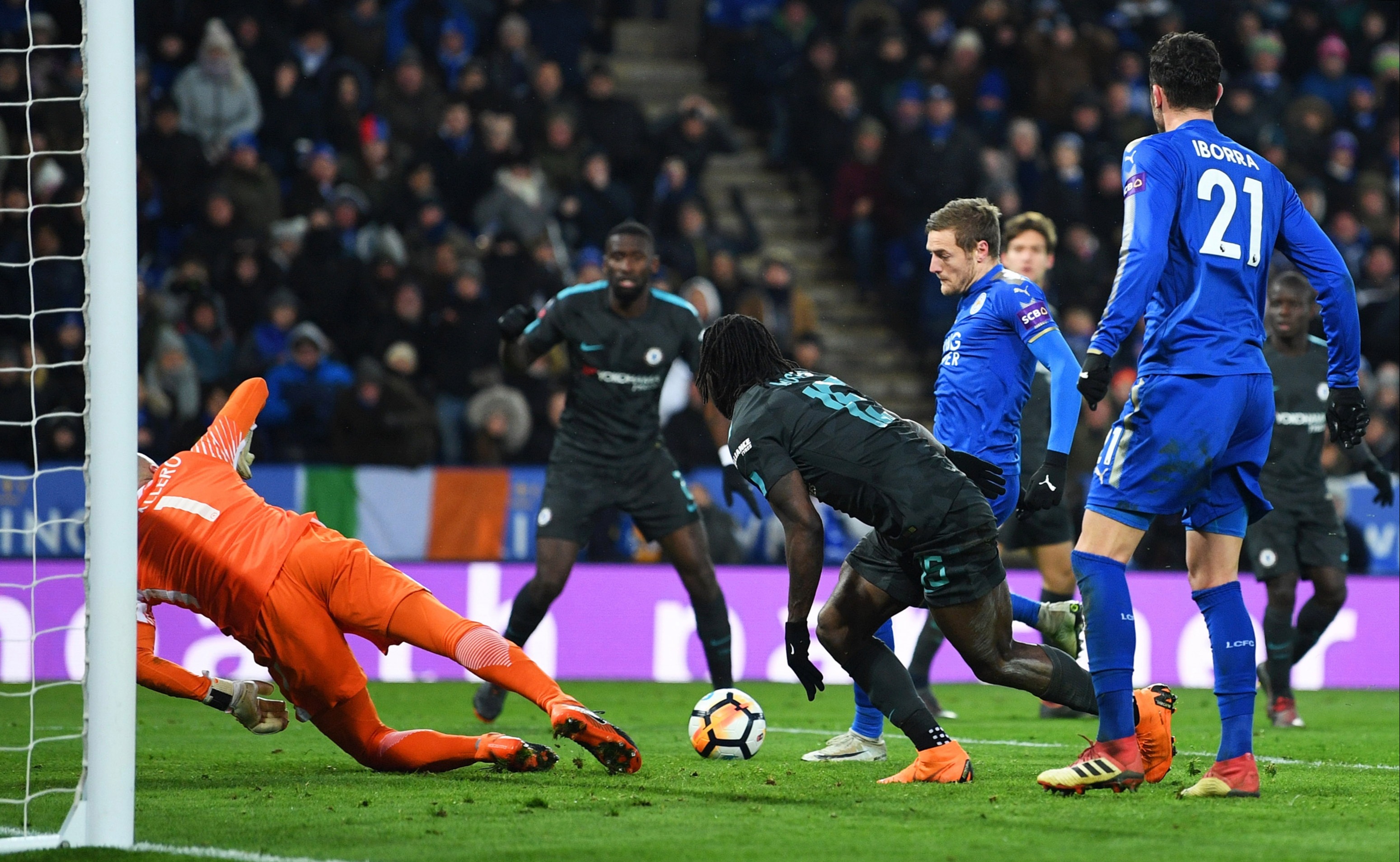 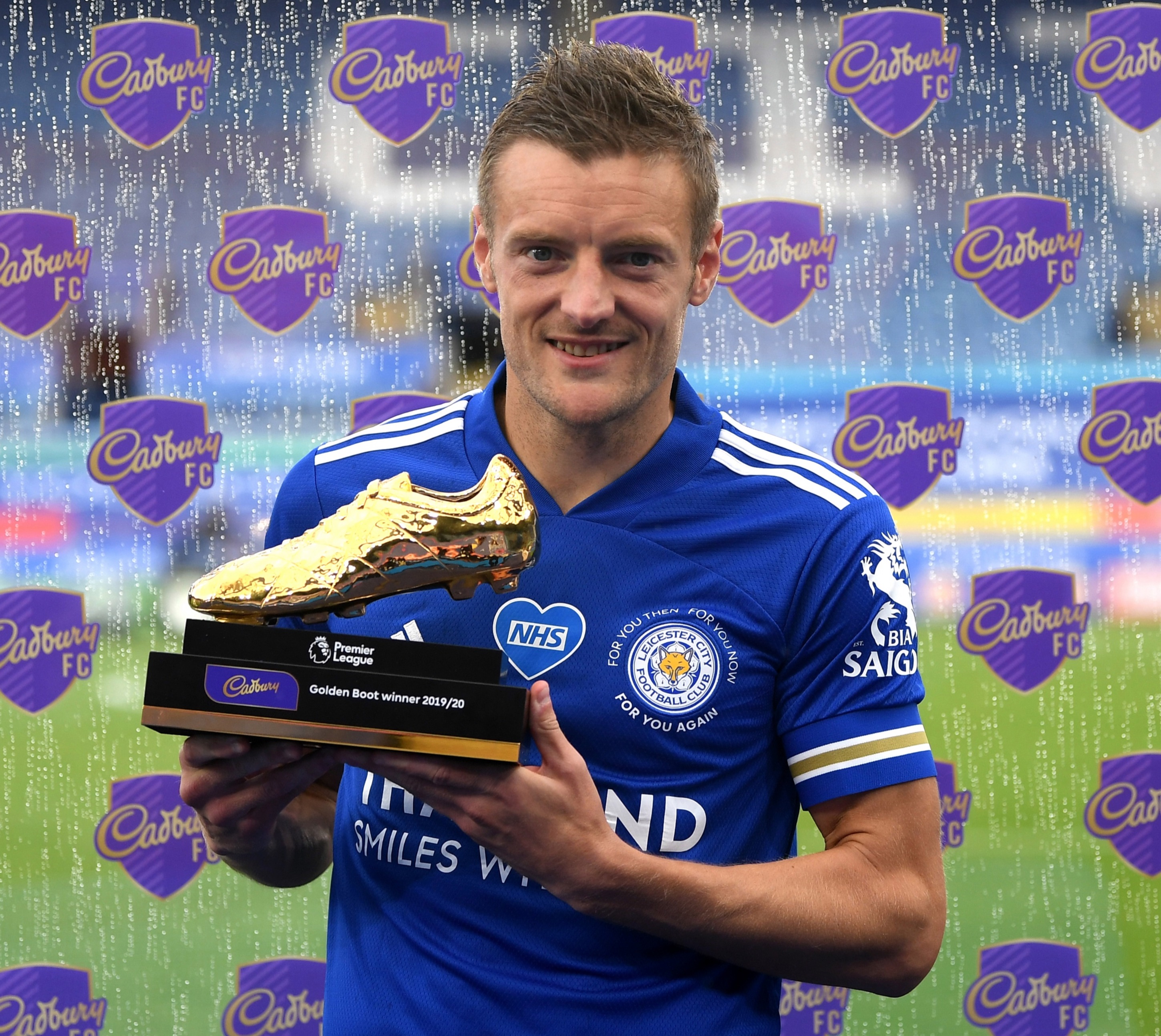 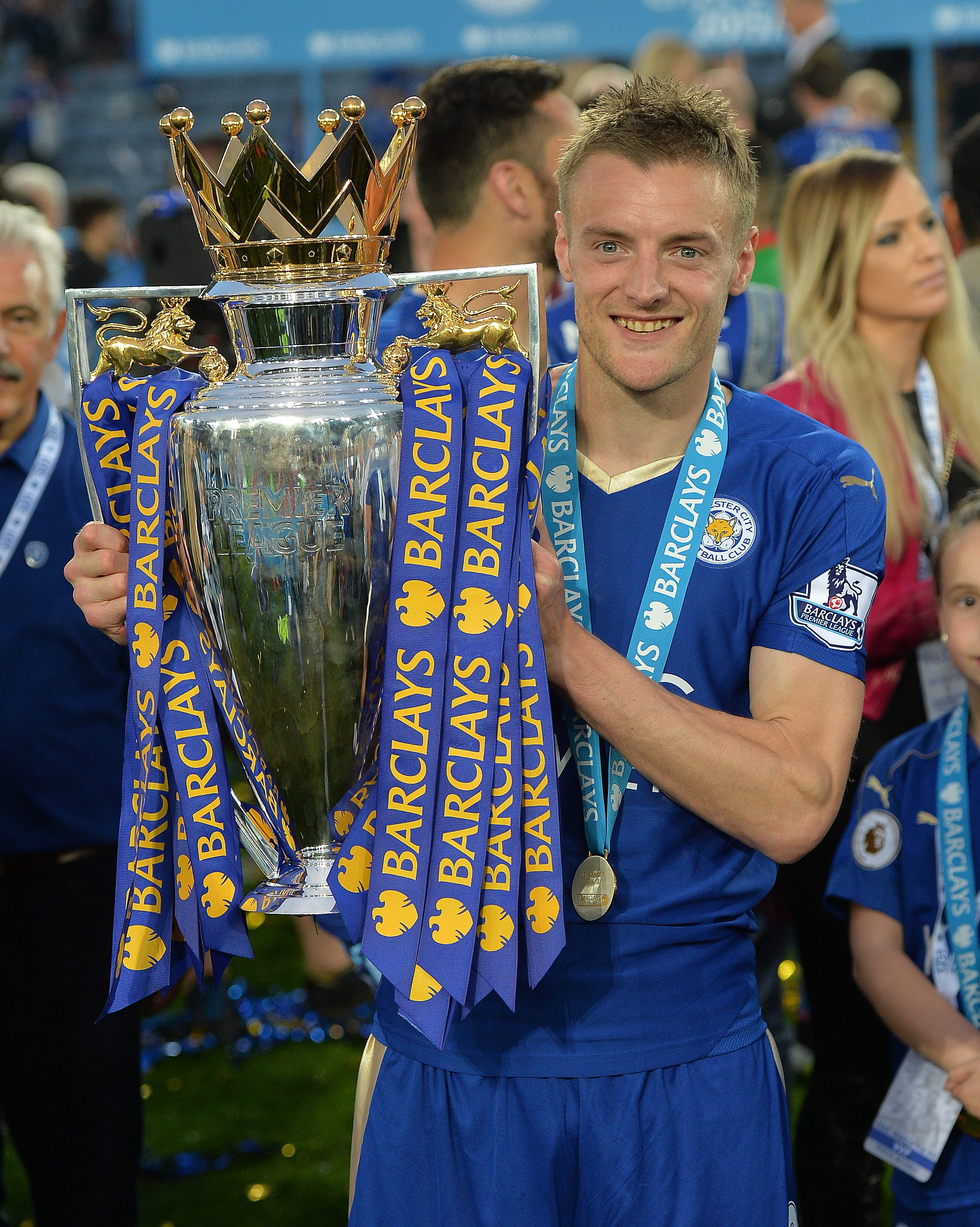