Home » Lifestyle » James Corden Tried To Get A Funny Tattoo, But It Turns Out The Joke Is On Him

James Corden tried to get a tattoo he thought was “quite funny” to make fun of all of his friends, but it turns out the joke was on him.

“The Late Late Show” host explained the backstory behind his one and only tattoo while talking about ink with guest Dakota Johnson on the show Wednesday.

The actor spoke with Corden about the artwork he has on his right calf, asking him, “What does that symbol mean? Are you sure you know what it means?”

His answer was something along the lines of “not really.”

“‘Cause all my friends were getting Chinese symbols and I thought it would be funny if I get the Chinese symbol for ‘tattoo,’” he explained. “Turns out, it doesn’t mean that.”

“It means ‘happy go lucky,’ which I’m not mad at,” he said to a few laughs from the audience. “But then someone else told me they thought it might mean ‘crane.’”

“Crane, like, a machine or a bird?” Johnson asked.

“The machine, I think.” Corden answered.

Johnson, for her part, estimated she has 11 or 12 tattoos in total.

If you’d like to see what Corden would look like with even more ink, he once posed shirtless and covered in tattoos for a WSJ Magazine cover story in 2016.

At the time, “The Prom” actor tweeted that it was his friend, Harry Styles, “who inspired the look!” 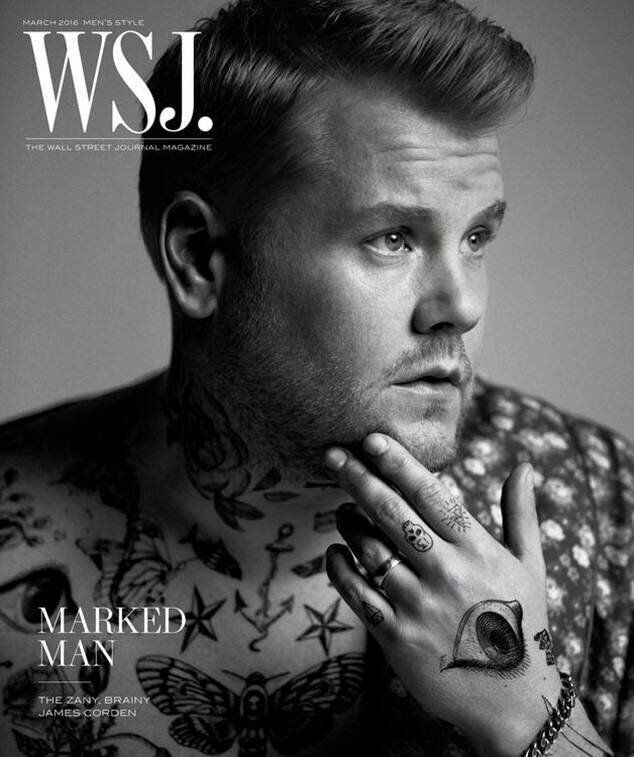