“It doesn’t make her a monster,” Jamil said of Lovato’s crusade.

Demi Lovato ignited an online firestorm this week when she called out a local Los Angeles frozen yogurt shop for contributing to “diet culture” — but one person who has her back is “The Good Place” alum Jameela Jamil.

In Lovato’s initial post, she told The Big Chill in L.A. to “Do Better Please” in her Instagram Story, putting the small business on blast to her 100 million+ fans. She said that walking past “tons of sugar free cookies/other diet foods” to get to the counter was a “triggering” experience for her and others with eating disorders — claiming the messaging “not only enables but praises disordered eating.”

The Bill Chill defended themselves by saying they do offer these items for customers with Celiac disease and those who are diabetic or vegan. After some heated social media back-and-forth — as well as fans criticizing Lovato for her approach — Demi eventually apologized for how she went about the situation, saying some “took it the wrong way” before offering to work with the shop to “help align the messaging” going forward.

Amid all this, Jamil — who has been open about her own history with eating disorders and body dysmorphia — took to her social media to offer support to Lovato.

“Ok, I want to try to avoid making the story bigger than it already is. But if an eating disorder advocate says she sees products that are positioned as guilt free, and it is potentially triggering, that doesn’t mean she’s too stupid to remember that diabetics exist,” wrote Jamil. “It just means that we need to change the marketing of products that are for people’s medical needs.”

“That’s all @ddlovato was asking for. It doesn’t make her a monster. It doesn’t mean she disregards people’s illnesses. She’s just one of few celebrities reminding us to look out for mental illness. Guilt free is diet culture terminology,” Jamil continued. “We need to stop using that f—ing term. We are so lucky to even have food. What in the name of shit and hell is there to feel guilty about. That’s a term of shame. Orthorexia is easy to slip into and is a F–-ING nightmare to crawl out of. I think it’s good to keep raising awareness on this matter until eating disorder rhetoric is OUT of our normalized mainstream culture. We say words like this all the time. Electing foods for virtue or sin. Cheat, guilty, naughty, bad, unhealthy… etc. all problematic terminology.”

Lovato specifically called out one of the froyo shop’s Instagram posts highlighting treats that said “Eat Me Guilt Free” on the packaging. The store, however, said the photo was from 2016 and they haven’t carried the product for years. TMZ reported Demi did not see any kind of “eat me guilt free” cookies at her last trip to the shop. 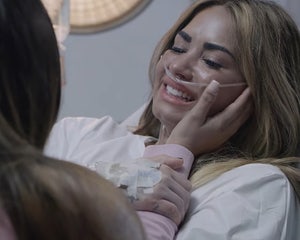 Demi shared Jameela’s initial post, adding, “THANK YOU QUEEN. LITERALLY SO GRATEFUL YOU GET ME AND THAT I CAN CALL YOU A CLOSE FRIEND. I LOVE YOU.”

On the social media reaction to the whole incident, Jamil said that “pile ons of mockery of the people who are constantly trying to help … are problematic in ways we don’t consider.”

“You’re not just discouraging the person in question from making themselves vulnerable in order to help others, you’re discouraging future people from doing the same,” she wrote. “From risking the pile on in their pursuit of trying to help others.”

“Unless you are also constantly trying to help and advocate for other people, I don’t think it’s a great move of character to pile onto those who do. Is your criticism constructive? Or are you just clowning someone? What’s [your] actual objective? If something has already been said by 1,000,000 people … do you need to also say it? What have you done to help others today? Did you use your time and energy to deconstruct diet culture? Or any other form of oppression?” she then asked.

“We do this almost exclusively to women who try to help others. We contribute to the silence and silencing of all women when we go THIS hard (people mocking her was the number 1 trending topic on Twitter all day…rather than lawmakers taking away trans rights, healthcare…rather than talking about gun laws…)” she added. “Just please think about the bigger picture. It’s absolutely important to push for accountability from those in power who make mistakes, but what I’m seeing online is mostly not that. It’s just mockery and cruelty, and maligning of a woman’s character who is navigating unchartered territory of being super famous, super young, super outspoken, super honest and vulnerable and super fragile and strong at the same time.” 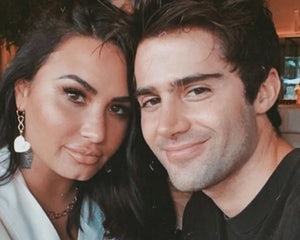