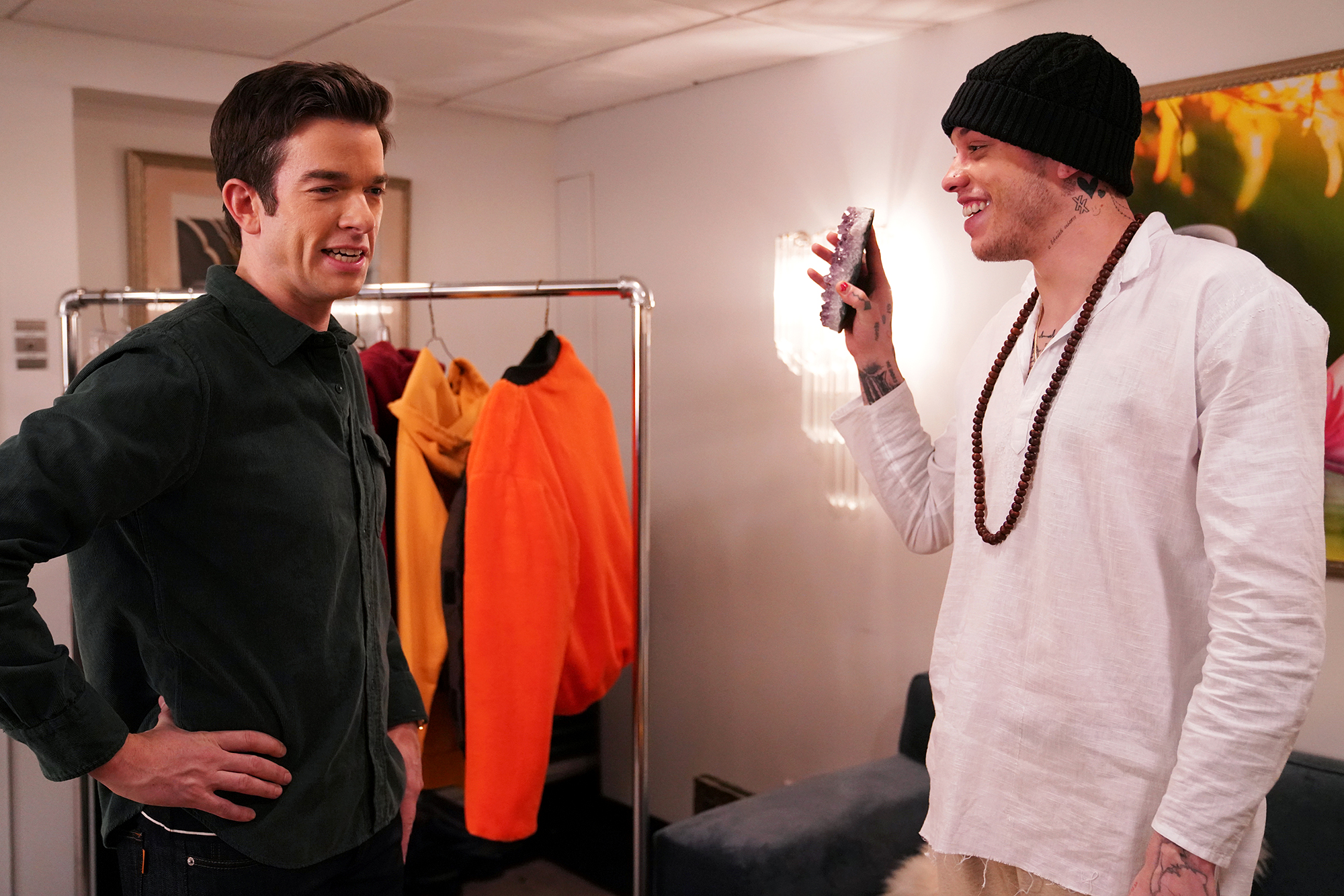 John Mulaney and Jake Gyllenhaal reunited during the Saturday, February 29, episode of Saturday Night Live after starring in John Mulaney & the Sack Lunch Bunch together.

Mulaney delivered another goofy representation of a New York staple, this time paying tribute to the woes of LaGuardia Airport. The sketch had everything: a singing baby, Gyllenhaal flying around on a harness, a dance number.

Kyle Mooney lamented his “dork” status when Mulaney refused to put him in a strip club bit that required the stars to be shirtless. So Mooney hired Justin Theroux to train him and instantly saw results, gaining 37 pounds of muscle in two days. However, things still didn’t turn out as planned.

Mulaney kicked off the episode with a stand-up style monologue. The comedian covered a myriad of topics, from his hatred for the Founding Fathers to his observations of dads in their 60s to his recollection of introducing a child to Lin-Manuel Miranda via Make-A-Wish.

Chris Redd stopped by “Weekend Update” to lament this year’s Black History Month. The cast member recounted all the terrible things that happened and asked for another go at the celebration of African-American culture.

David Byrne — another Sack Lunch Bunch alum! — performed “Once in a Lifetime” and “Toe Jam” during his stint as musical guest.

Pete Davidson played a college student who turned his uncle — portrayed by Mulaney — into a meme and the inappropriate iterations of the joke got out of control from there. In fact, even Ice-T got in on the fun, though Mulaney’s character was not impressed.

Mulaney and Cecily Strong led this sketch as Rolf and Liesl from The Sound of Music. The big catch was Rolf was actually a lot older than he initially claimed to be, which gave Liesl doubts about their budding romance.

Michael Che spiraled during “Weekend Update” while discussing the possibility of a coronavirus outbreak. The revelation caused him to speak out with reckless abandon as he quipped, “You know I just found out I might have a kid?”