Home » Lifestyle » JACI STEPHEN: The Nest is a compelling show with a tight script

JACI STEPHEN: Suspense. Pace. And, oh, to live in that house on the loch!

Location, location, location. It’s as important to any TV drama now as characters and plot. Greenery, a cliff (if you’re lucky and need characters to get pushed off/contemplate jumping) but, most importantly, water. Yes, there must be water. During the opening scenes you need the audience to be hitting Google Maps, checking property prices and wondering if it’s time they gave up their semi in suburbia for a detached hideaway on the coast. Then they see how many millions a shed would cost in St Ives, decide that nothing short of selling their children on Amazon is going to help them afford it and settle down dejectedly to watch the rest of the show.

I was all set to move to Loch Long, where The Nest is filmed, but unless I could live in Cape Cove, home to Dan (Martin Compston) and Emily (Sophie Rundle), I’ll stay put (it’s a luxury rental, should you be interested, and, no, you can’t afford to buy it). With floor-to-ceiling windows and its own jetty, you can only wonder why the couple would want to mess it up by having a baby. One dirty nappy in that kitchen would be like hanging a dishcloth from the Sistine Chapel; it just doesn’t bear thinking about. 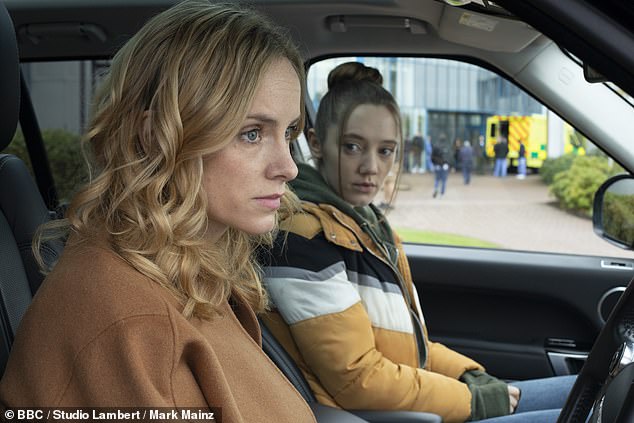 Sophie Rundle as Emily and Mirren Mack as Kaya in The Nest. Glasgow, where much of the action takes place, has never looked so good

But after several unsuccessful attempts at conceiving and Dan’s sister Hilary (Fiona Bell) miscarrying following an attempt at surrogacy, there is only one embryo left. A chance meeting with the teenage Kaya (Mirren Mack), who offers to be a surrogate, might be the answer – at least to Emily. Dan is less sure and enlists the help of colleague/friend Souter (David Hayman) to discover more about Kaya’s background.

Was the accident in which Emily ran down Kaya really just that (it’s a criminal offence not to report an accident, by the way, Emily. You might have a lovely house but you’re very shaky on the law)? This week, after discovering the big secret in Kaya’s past (no spoilers for those waiting to view on iPlayer), Dan took decisive action, but complications arose when Kaya started dating Hilary’s son Jack (Samuel Small).

Jack ticks all the BBC diversity boxes essential to any BBC drama. He’s black (tick), a young male who is not a drug-user/serial killer (tick) and he’s very woke. Admiring Kaya’s decision to carry the couple’s baby, he tells her: ‘I’m a feminist. I think what you’re doing is awesome’ (big tick but accompanied by a big ‘Ugh, puh-lease’). It’s one of the less believable lines in what is otherwise a tight script in a compelling show that builds the thriller elements with a perfect balance of suspense and pace.

Glasgow, where much of the action takes place, has never looked so good and has clearly come a long way over the past couple of decades – think Taggart Lite. And Cape Cove is from £2,135 per week, by the way. Dodgy teenage girls not included.

With most of us living in self isolation, it’s a great time to have something decent to watch in the daytime, and London Kills delivered five afternoons of extraordinary drama that could easily settle in primetime. If you could get past the distraction of DS Vivienne Cole’s beehive (although I think a topiarist would have his/her work cut out), the daily dose of murder was a welcome distraction.

With Cole (Sharon Small) and DC Rob Brady (Bailey Patrick) suspicious of their boss, DI David Bradford (Hugo Speer), the sub-plot continued to revolve around whether or not he had killed his wife. Speer is never anything less than brilliant and he carried the did he/didn’t he? storyline with a believability that kept you guessing to the end. Again, no spoilers, except to say there’s a very funny moment when a body is found in a freezer, put there by someone who explained his actions as having been ‘like they do on the telly’. We’ve all been there. 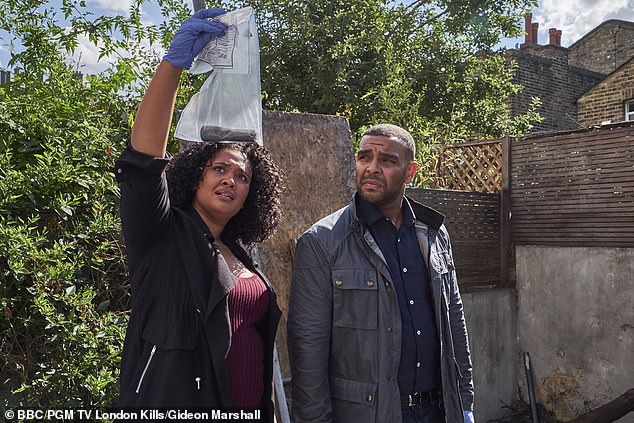 Patrick and Tori Allen-Martin in London Kills. The daily dose of murder was a welcome distraction

Having only just caught up with Friday Night Dinner, I had high hopes, not least because it stars the always formidable Tamsin Greig. I hoped that, not having laughed once during episode one, that two would deliver, but again it left me cold.

The premise – a Jewish family who have dinner together every Friday night – sounds promising, but apart from a challah loaf on the table there is none of the humour that normally characterises such events. This week’s story, in which Martin (Paul Ritter) obsessed about a plastic bag in a tree was potentially funny (and probably would have been with the cast of The Big Bang Theory), but it was about as witty as… well, a plastic bag in a tree. There’s a lot of silly slapstick hitting and, with the exception of Mark Heap’s faultless, quirky Jim, the show lacks energy. If only they’d set it on Loch Long.

Deborah Ross is away