A horrifying undertaking? Not so much. Claire Holt and her costars rose to the challenge when they were tasked with filming themselves for their new comedy, Untitled Horror Movie. The Nick Simon-directed movie came together amid the pandemic while the cast worked from their homes to comply with social distancing.

For Holt, 33, the process had its advantages. “At the time, I was pregnant. It was a perfect opportunity because I was in control of all of the framing and I could easily shoot my stomach out, which was a nice thing,” the actress exclusively told Us Weekly. “But most importantly, I really loved the script, and I loved that Nick and [writer] Luke [Baines] had created this world that was accessible in a pandemic, but we didn’t reference it at all because I think everyone’s got pandemic fatigue. It’s been a really long, hard year for everyone. So we wanted to shoot something that worked in the confines of the world we were living in, but also light and fun and entertaining, which was the ultimate goal.”

Untitled Horror Movie tells the story of six costars who learn that their TV show is about to be canceled. Before facing unemployment, they decide to shoot their own scary movie, only to find out they’ve summoned a dark spirit.

“There were so many elements that came together. I was so excited to work with the rest of the cast and I was also just really interested in challenging myself technically in terms of figuring out the lighting and the camera and the sound and all of the things that go into filmmaking that usually I don’t have any sort of input in or any expertise in,” the Vampire Diaries alum continued. “Everyone was really flexible and the director of photography, Kevin Dugan, is amazing. He could talk us through all of the insane, crazy aspects of setting up the shot and how to light it and what would work best visually for the film. So we figured it out.”

Horror Movie Stars: Where Are They Now?

Although the cast didn’t have a crew watching them, Holt came close to an audience — thanks to her son, James, who was 12 months at the time. (She and husband Andrew Joblon also welcomed daughter Elle last year.) 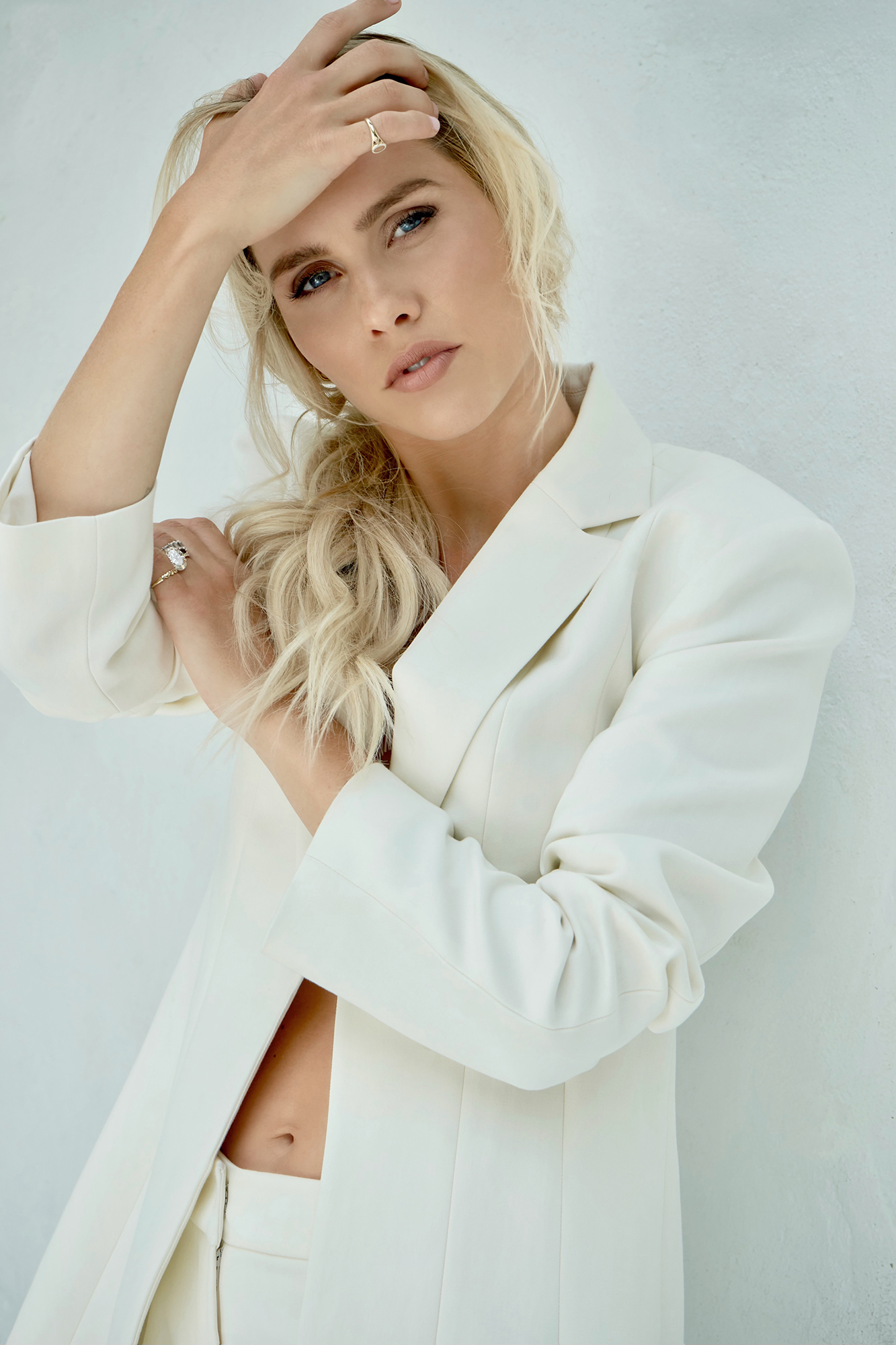 “It was kind of tricky to figure out where I was going to be able to film in the house that was going to be quiet and that he wasn’t going to barge into every five seconds. And also, we shot a lot at nighttime. I wasn’t able to just scream at the top of my lungs or yell at three in the morning. So I was a little limited in terms of where I could shoot in my house,” she explained to Us. “I ended up shooting in one of our guest bedrooms, most of it, and then a little bit outside in the living area, but it worked.”

Playing Kelly was a “fun experience” for Holt, especially because she and her castmates could relate to their characters.

“It’s amazing because we got to talk about all of the things that you don’t normally discuss. What it’s like to be an unemployed actor and what it’s like on a TV show. And we get to really enhance these characters that a lot of us met in our lives,” she said. “And I got to play this really kind of snarky, sarcastic and fun character Kelly, which it’s not something I get to do often. I don’t really do comedy so much.”

The Originals: Where Are They Now?

“After having both of my kids, I’ve seen my body in all kinds of different forms over the last two years. From pre-pregnancy, the pregnancy postpartum, getting pregnant again. It’s gone through all different phases and shapes and sizes. I wanted to be able to design a collection that made everyone feel comfortable and everyone feel good. So there are one-piece suits and high-waisted bikinis that I hope flatter every different body shape,” Holt told Us. “It felt like such a natural fit for me because I grew up in Australia going to the beach. I’ve always been a swimmer. Being in swimwear is a huge part of my life and it’s not always something that we feel comfortable with. So I was really inspired to design a collection that would help everyone to feel like there was something for them and they felt sexy and comfortable.” 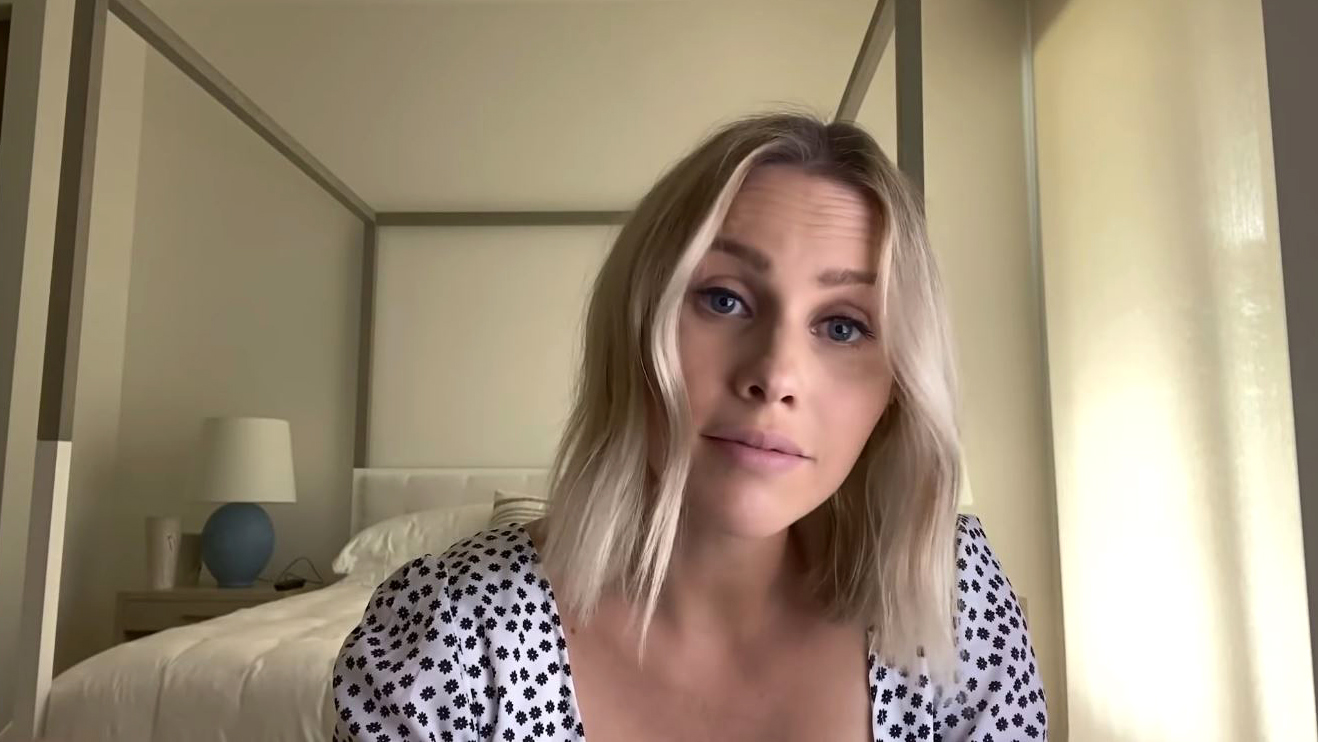 The Originals alum “tried to talk to as many people” as she could in order to design a collection that other women would love too. “What’s funny is I’m a lot more comfortable in my body than I was before I had kids. I love what it’s been able to do. And so a bikini, for example, that I wouldn’t have worn before kids, I’m happy to wear now. And I’m happy to show where I’m at in my body and my skin stretched out. Before kids, I may not have been comfortable with, but I think now I kind of wear it with pride,” she noted. “I can be lying on the beach or chasing my toddler or any of the above. And I know that it’s just going to work for me and my body.”

In addition to fashion, she’s become an investor for the beauty brand Fig. “When I tried the products, it was just such a home run and I really, desperately wanted to become involved with the company. Because it’s just so effective, it’s really affordable, which I think is so important. With skincare you can spend an absolute fortune trying to buy all of the best products and creams and oils, but at the end of the day, just something that works [can be] $40 or less,” the Painted Beauty star told Us. “I want it to be accessible to people.”

Her BFF, fellow actress Phoebe Tonkin, has also invested in the company. The pair have been close since starring in H2O: Just Add Water from 2006 to 2008.

“What stands out to me is the fact that we’ve been there for each other through so many different career paths. We did our first show together, which was a huge learning experience and we kind of clung onto each other throughout that,” Holt told Us. “And then when Phoebe called me and said she was coming to The Vampire Diaries, I remember the phone call because I was screaming [thinking], ‘Oh my gosh, this is an exciting prospect.’ H20, The Vampire Diaries and The Originals are three different shows that we got to be on together. It’s like having a sister with you. We’ve known each other for so long, we’ve grown up together and we’re sort of changing and growing and venturing into new areas of our career and our lives together. And it’s a really special thing.”