Home » ‘It took 50 years to sell it’: Judy Blume on her most famous book becoming a film

The treasured author has long kept young readers up past their bedtime with her novels that tackle puberty, sexual desire, contraception and menstruation including Tales of a Fourth Grade Nothing (1972), Deenie (1973) and Blubber (1974).

She’s sold more than 85 million books around the world and will make her debut appearance at the Sydney Writers’ Festival on Friday via video link from her home in Key West, a small island off Florida. 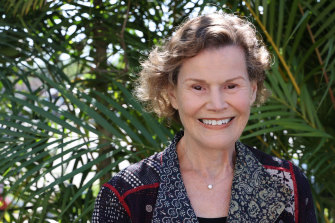 Judy Blume will appear at the Sydney Writers’ Festival next week.Credit:Dana Hawley

Her most famous novel, Are You There God? It’s Me, Margaret (1970), which remains on the American Library Association’s list of frequently challenged or banned books, is being turned into a film starring Rachel McAdams, Benny Safdie and Kathy Bates.

“I think not every book needs to become a movie and I thought that this book meant a lot to a lot of people and I didn’t want to see them disappointed, or hear how disappointed they were. And even when I went to LA a few years ago, having decided that I would do some of my books, Margaret was still off the table.”

The seminal coming-of-age novel follows sixth-grade Margaret on her mission to understand religion while she forms a secret club with her friends where they share exercises to make their breasts grow, impatiently wait for their first periods and kiss boys. The novel hasn’t changed since it was first published aside from references to sanitary belts being replaced by pads, which became available shortly after the novel was released.

Her dogged refusal to sell the film rights was overcome by writer-director Kelly Fremon Craig, after Blume was impressed by her 2016 debut film, The Edge of Seventeen.

Blume this week visited the set in North Carolina to meet the child actors – with Abby Ryder Fortson as Margaret – and will return in June when the adult stars arrive. She has no direct sway over the film, but she’s read the screenplay and watched the cast auditions.

Blume’s novels have long proven an antidote to the confusion and loneliness of adolescence, featuring young female protagonists trying to understand their bodies, sexuality and spirituality. For many readers, particularly girls, they served to remove a sense of shame about puberty. 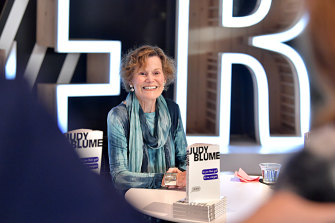 Novelist Judy Blume’s coming-of-age classic Are You There God? It’s Me, Margaret is being made into a film. Credit:Emma McIntyre/Getty Images

But they provoked a backlash – Blume’s own children’s school library wouldn’t stock Margaret, prompting her to join the National Coalition Against Censorship and to become a key anti-censorship advocate. Blume says she never anticipated the response.

How young people learn about sex and sexuality has changed dramatically since Margaret was released, but Blume says the letters she receives haven’t changed – although she believes readers are coming to her work at a younger age.

“Because it’s stories, fiction is always about people, and stories are important for our whole lives from when we’re very little to as far as we go. I think we never stop needing stories in our lives. And I need that kind of story. I want stories about people. And I think a lot of people need that. I think most people crave that,” she says.

Those who would censor her, Blume says, have probably given up and largely shifted their target to young adult books with LGBTIQ themes.

Blume now runs an independent, nonprofit bookstore, Books and Books. Fans, of course, come to visit. But every so often, a reader will come to the counter with a copy of Margaret. They look at her like she’s mad when she offers to sign it. Little do they know what a treat they’re in for.

Judy Blume is a guest at Sydney Writers’ Festival.