The space station currently serves as a microgravity and space environment research laboratory for astronauts in space and was a joint project between NASA, Roscosmos, JAXA, ESA and CSA, and cost more than £150billion when it was launched in 1998. The space agencies carry out various experiments on board, as well as missions to and from the space station, streamed live on NASA’s YouTube channel. But, occasionally, something bizarre happens, which is caught on camera by eagle-eyed viewers.

Footage uploaded to YouTube channel Space Source on February 23 shows the moment a dark, round object interrupted the live broadcast.

The author claimed: “These four black objects have been spotted, which are very difficult to see until you enhance the video.

“The zoomed-in version shows one of the black objects, one of four.

“What is interesting is the shape, it definitely seems to be of a round shape, very dark and particularly interesting. 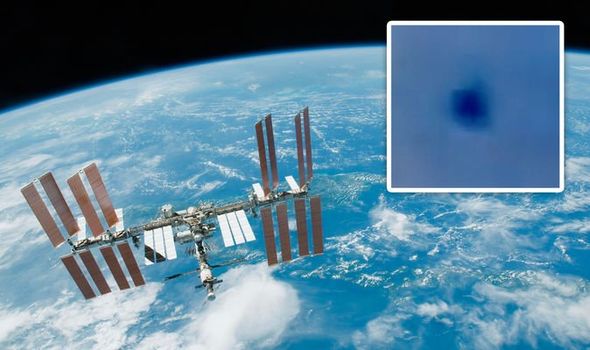 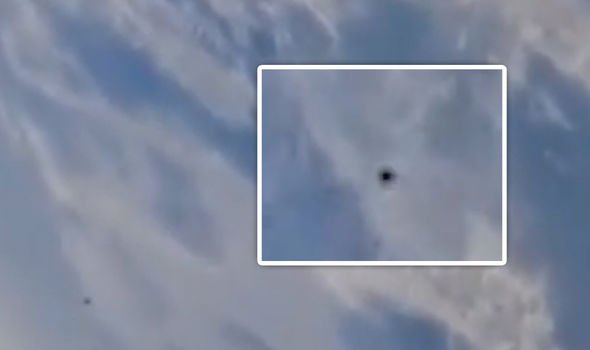 These four black objects have been spotted, which are very difficult to see until you enhance the video

“In the next clip, the objects do seem to be pushing through the clouds which shows that they must be large objects for them to be seen from the ISS.”

The clip was played at various different speeds, appearing to show the anomaly moving away from the space station.

The channel added: “It even appears that they are affecting the cloud’s displacement as they travel through them.

“This suggests they are quite large objects.

“So you can definitely see them going through the clouds, or maybe under the clouds. 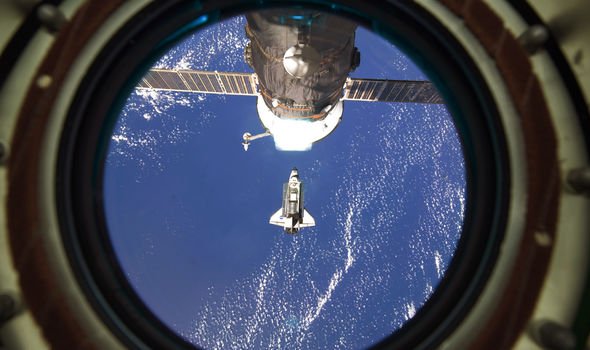 “If you take the footage back then you can see it does displace the clouds in some parts.

“Pretty interesting and don’t forget the full footage shows four of these objects.”

It comes after NASA officials were “baffled” earlier this week by an anomaly said to be following the ISS for more than 20 minutes.

A video showed a cone-shaped object appearing to keep pace with the space station.

In a bizarre twist, the space agency workers appeared to acknowledge the object zooming in, before it disappeared. 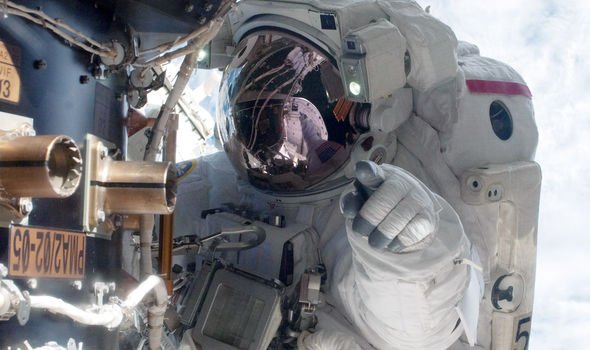 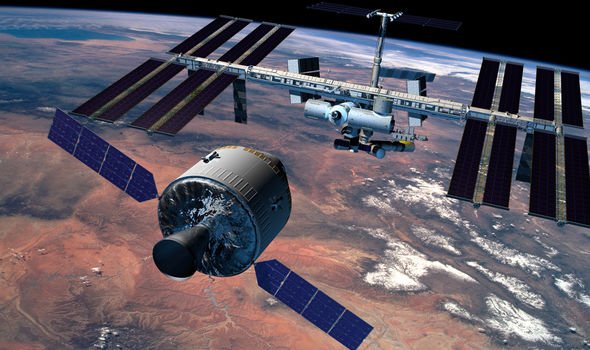 The clip was uploaded to YouTube, where one conspiracy theorist claimed he knew what was going on.

He said: “That is NASA zooming in on the UFO, not me.

“They are as baffled by it as I am. They don’t know what it is or why it is there.

“During the feed, they mention coordinates, and that could be a secret code as to the location of the object. They don’t want to be too obvious.

“They never mention anything else about it.”