Time Traveller reveals how he was sent to the year 2118

The masked man, who introduced himself as Alexander Smith, claims to have been involved in classified Central Intelligence Agency (CIA) experiments in the 1980s. The supposed time traveller appeared on the popular YouTube conspiracy theory channel ApexTV, where he “emerged with new details” of what will happen in the future. Speaking behind the cover of a human-shaped latex mask, Mr Smith claimed he was sent to the year 2118 by the CIA in 1981.

He said: “The world as we know it will change a lot and I feel it being beneficial to humanity to know not only about this change but also about the secret technologies being withheld from the public.

“After my original video and after the second interview I did, in which I showed the photograph taken in the year 2118, I have decided it is time to share every detail of my experience.

According to the self-professed time-traveller the world is headed towards a third global war in the next 100 years. 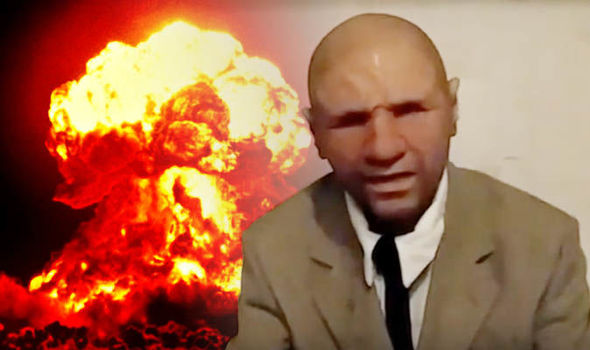 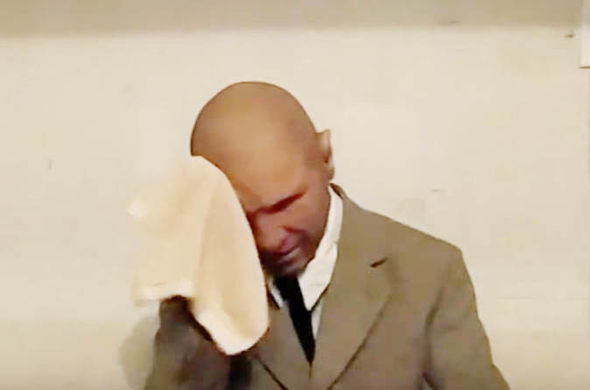 Mr Smith claimed in the future most of humanity will be confined to towering cities filled with bizarre technology, artificial intelligence robots, aliens and flying cars.

This is because he was told the world was struck by a “conflict of interests” between the United States and North Korea sometime in the near future.

He said: “The conflict started off small, however, it soon spread and Russia soon took the side of North Korea.

“Tensions began to escalate and eventually missiles were fired.

“I can’t say where these missiles hit, however, I can say the effects were not what one may consider desirable.

The conflict started off small, however, it soon spread and Russia soon took the side of North Korea

“However, as a result of this conflict, the world began to become one.

“Borders began to become meaningless and the people began to have a love and appreciation for life – one which would inspire them not to inflict any type of harm upon their neighbour.

“As a result of that, of the conflict, which some might describe as a Third World War, the world became a better place.”

Mr Smith then described how the world is incredibly “connected” in the future with fascinating robots and technology integrated into everyday life. 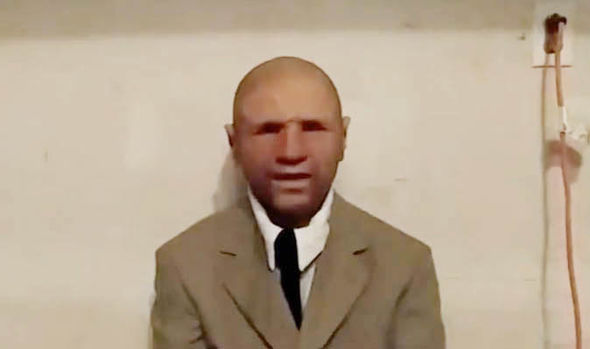 He even claimed commercial time travel is available to the public in the future, as early as the year 2028.

That same year, the US Government will also supposedly disclose the existence of intelligent extraterrestrial beings.

Despite these very unusual claims of time travel, there is very little compelling evidence to suggest they are indeed true.

According to physicist Gary Horowitz, at the University of California at Santa Barbara, the concept of time travel is not beyond the realms of possibility and is not dismissed by the laws of nature.

But there is no concrete proof humans have the ability to move backwards or forwards in time, in the manner described by Mr Smith.

William Hiscock, a professor of physics at Montana State University told Scientific American: “Time travel into the past, which is what people usually mean by time travel, is a much more uncertain proposition.

“There are many solutions to Einstein’s equation of General Relativity that allow a person to follow a timeline that would result in her or him encountering himself – or her grandmother – at an earlier time.

“The problem is deciding whether these solutions represent situations that could occur in the real universe, or whether they are mathematical oddities incompatible with known physics.”