When Shokoofeh Azar was a teenager in Tehran she often dreamed about winning the Booker Prize. When the winning books were translated into Farsi, she would devour them. "I followed all of the Booker Prize winners," she says, "and always wanted to win the Booker one day." 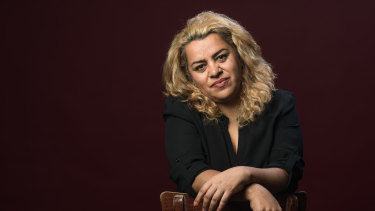 Now she has the chance to win a Booker prize – the International Booker – after her magic realist novel, The Enlightenment of the Greengage Tree, was named on the longlist for the £50,000 ($98,000) prize, which is shared between the author and translator of the winning book. The annual prize is given to a single novel or short-story collection translated into English and published in Britain or Ireland.

"It is very important for Iranians because it's the first time an Iranian goes for this prize," Azar says. "Lots of Iranian people who work in literature or are book readers are really excited about that."

Azar worked as a journalist in Iran, covering social affairs. But she was arrested several times and endured spells in jail, including three months in isolation. Her family told her she had to flee the country.

She came to Australia as an asylum seeker in 2011, travelling from Indonesia to Christmas Island in a small boat along with 75 other people. After 25 days on the island she spent a further six months in detention in Perth before she was released. She now lives in Geelong. 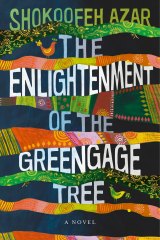 The Enlightenment of the Greengage Tree, which two years ago was shortlisted for the Stella Prize, is about an intellectual family in Iran and is set after the 1979 Islamic revolution that ushered Ayatollah Khomeini into power. Azar said the narrator, 13-year-old Bahar, is a picture of herself as a teenager.

It has not been officially published in Iran and Azar says it never will be because of its hostile attitude towards the regime.

"It was published in Farsi in Tehran, but underground. It means people can't buy it in bookshops, but they can order it on some websites. I am very happy that it is available," she says. "You always want your first readers to be from your culture and country. My novel is based on lots of cultural legends and Iranian myths.

"It would be nice if everybody in Iran had access from the bookshops. But I think it is a great step to publish the book underground."

The Enlightenment of the Greengage Tree has been translated by an anonymous translator. "We know who it is and we think we can work something out with the Booker," Azar says. "The translator felt it was dangerous to put their real name on the cover, it was risky as they are American and they like to go to Iran."