ILKAY GUNDOGAN was forced out of training on Friday after suffering a thigh injury.

Manchester City face Chelsea in the Champions League final tomorrow and the German had been expected to start in Porto. 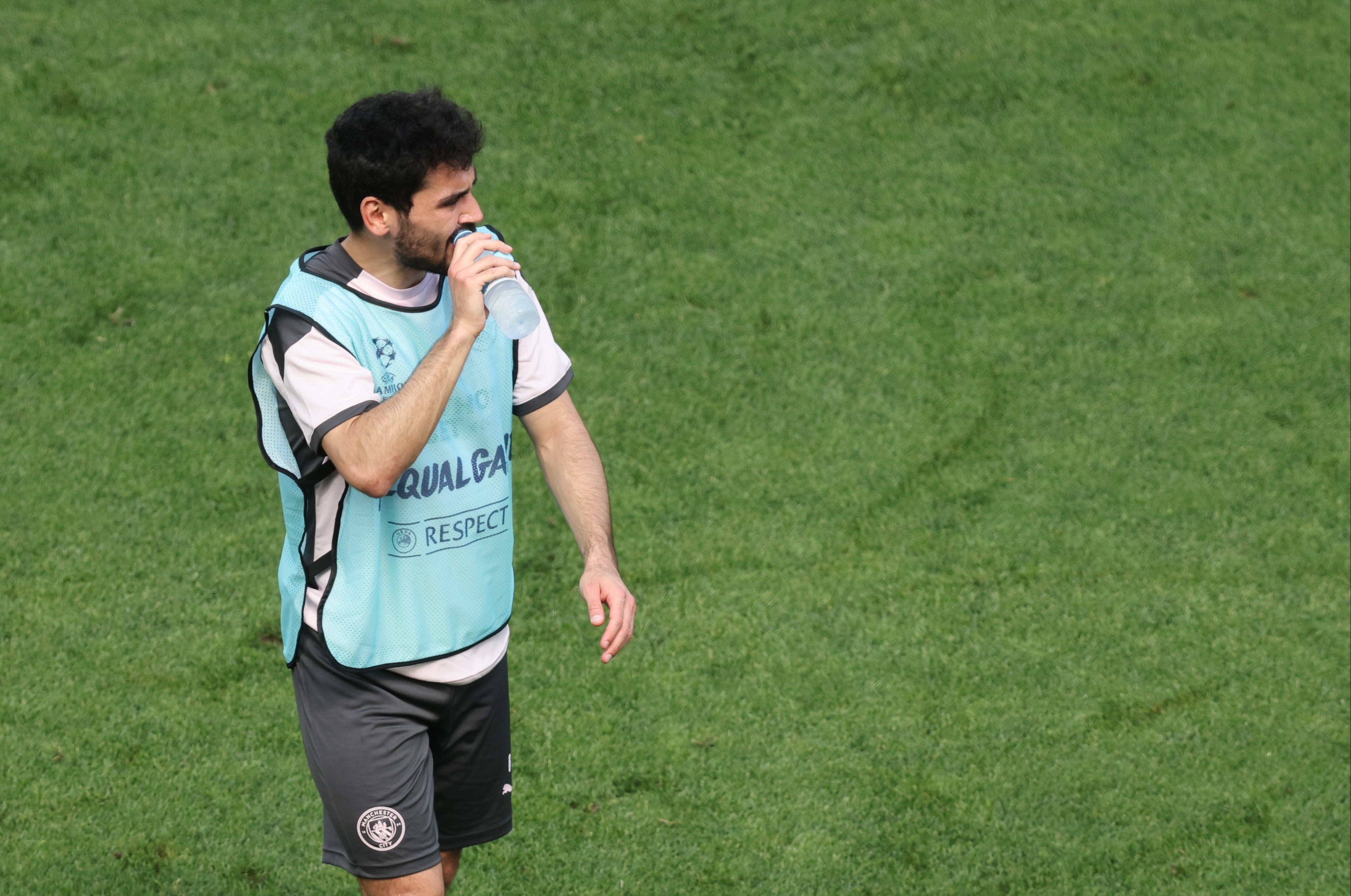 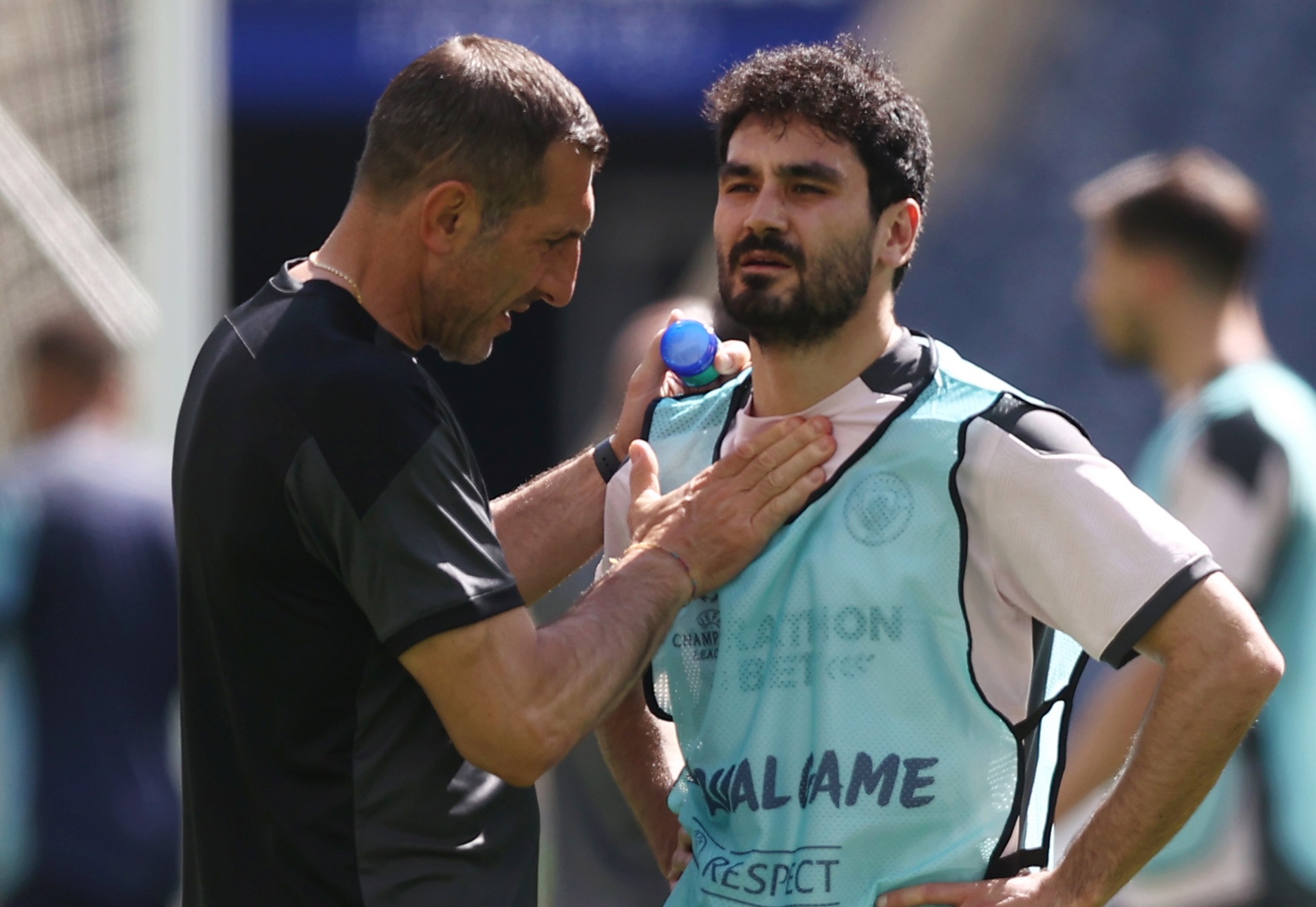 But Pep Guardiola may have to find a replacement after a scare just over 24 hours before the match.

City fans will hope that Gundogan's exit was simply a precaution with no further news yet from the club.

The 30-year-old trudged out of the session inside the Estadio do Dragao and headed straight down the tunnel.

It is thought he had felt discomfort in his thigh before departing the workout.

Clips from the open training session showed Gundogan taking a heavy blow from team-mate Fernandinho as he challenged for a cross, after which he was slow to get back to his feet.

The midfielder has been a star of City's Premier League-winning season, scoring 17 goals – three of which have come in the Champions League.

Guardiola was already monitoring the Gundogan's fitness having left him on the bench for last weekend's win over Everton due to a knock.

Otherwise, City were hoping to enjoy a clean bill of health for the final.

And the coach had earlier spoken of his heartbreak at having to leave players out of the XI on Saturday.

He told reporters: "It's absolutely a disaster.

"I advise you don't be a manager in your life. I don't have any nice words of relief for the guys who won't play.

"But my advice is to stick with the team, there are five or six substitutions and everybody has a chance. Everyone will be a part. I feel incredibly sorry for them but it is what it is. The selection I will do is to win the game."

Chelsea have welcomed Edouard Mendy and N'Golo Kante back to training ahead of Thomas Tuchel naming his side.