The teenager – who arrives on court listening to American rock band Guns N’ Roses – won a maiden Slam with a magnificent 6-4 6-1 victory over physically struggling Sofia Kenin on Court Philippe-Chatrier. 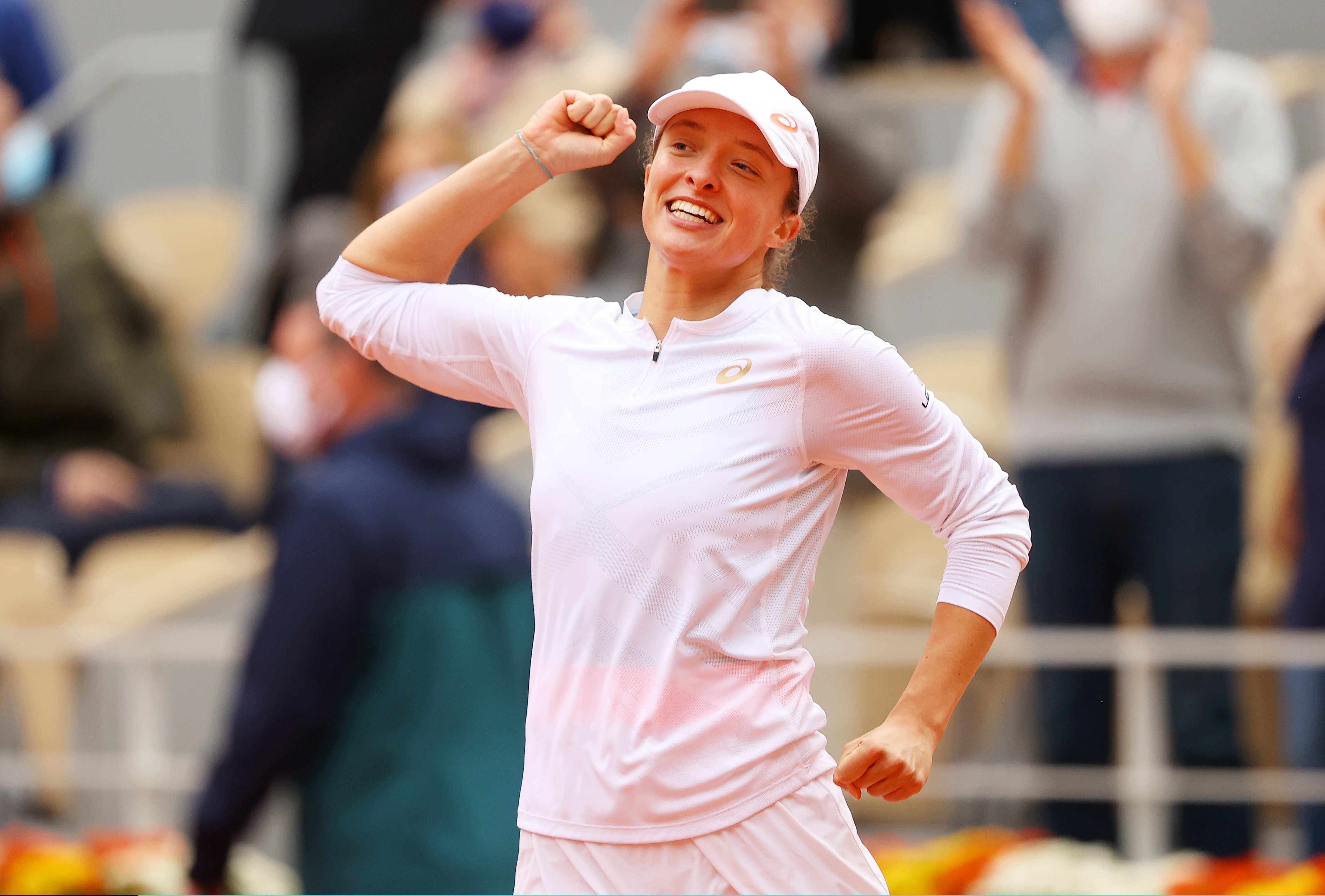 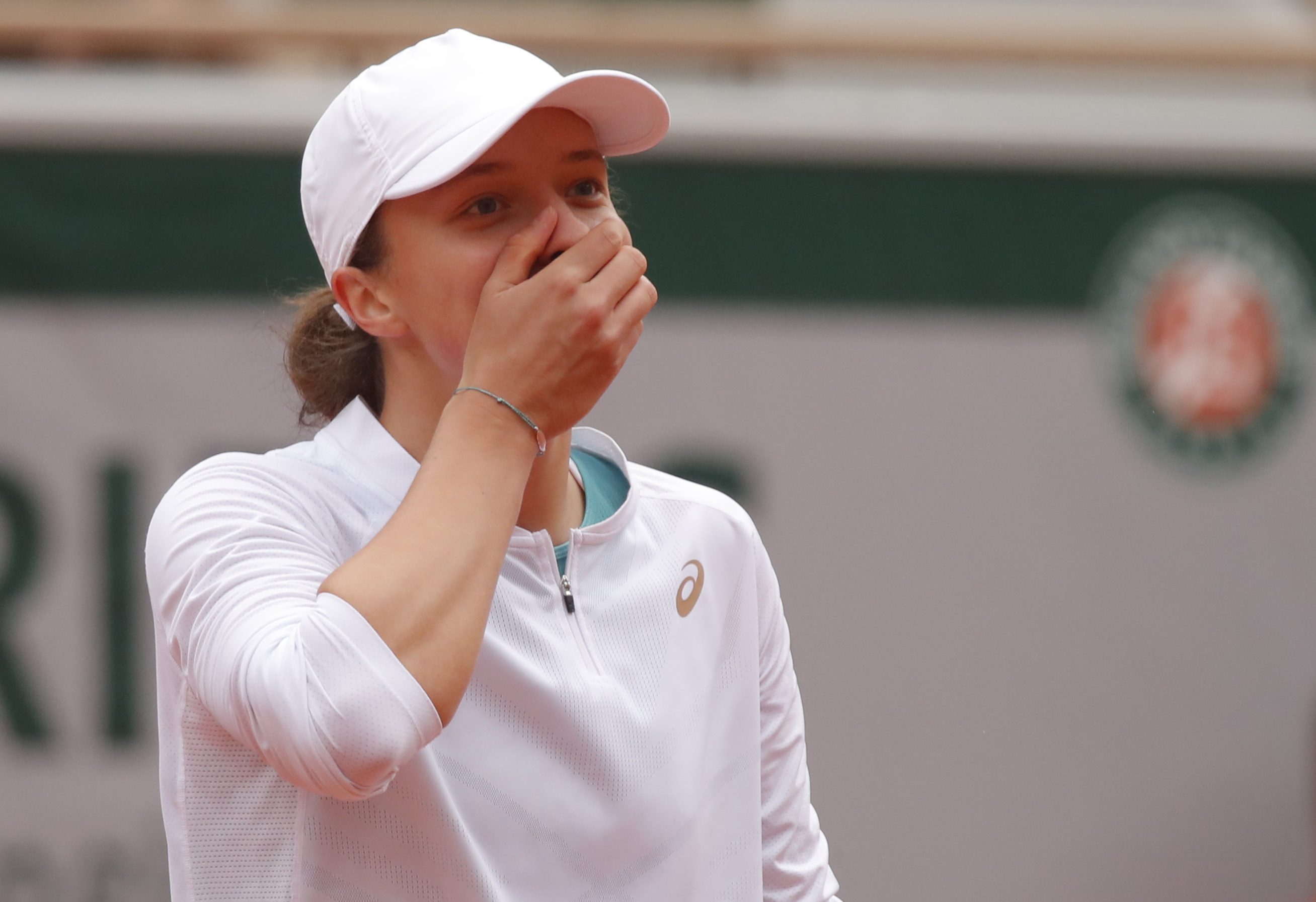 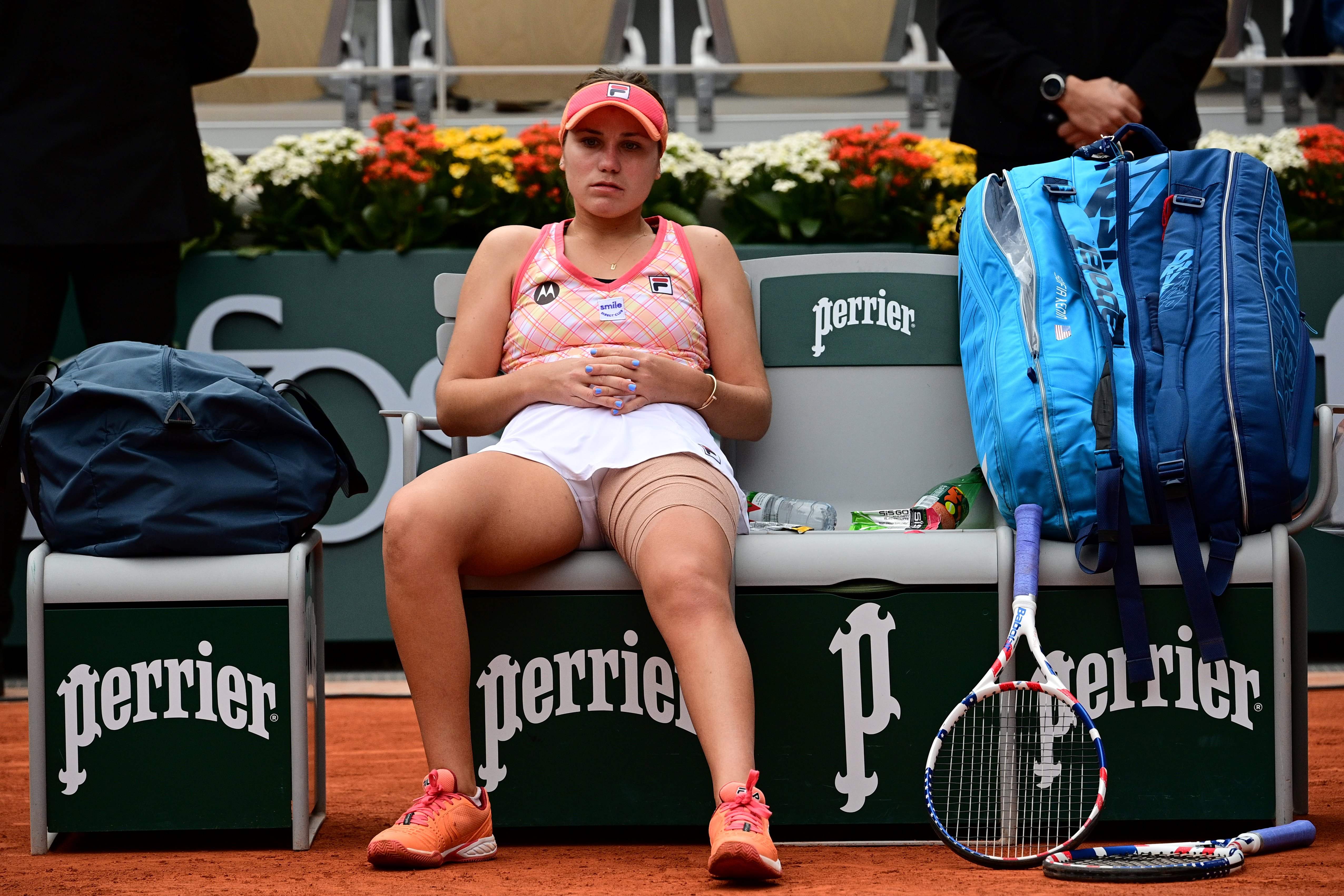 It was a stunning display from the 19-year-old who has put aside her university studies to focus on the WTA circuit full-time.

She has been exceptional all fortnight and the small matter of a cheque for £1.45million will vindicate her decision.

Warsaw-born Swiatek is just the sixth woman to win one of the four Slams since 1971 while being unseeded.

Kenin, the reigning Australian Open champion, came into this final as the favourite on paper but she was the latest victim of this Eastern European superstar-in-the-making.

In front of a capacity crowd of 1,000, Swiatek was the early front-runner, moving into a 3-0 lead in the first set thanks to solid serving and a break in the second game.

Kenin, with heavy strapping on her left thigh and hamstring, is one resilient customer and found her rhythm to draw level in the first set.

But Swiatek enjoyed a break of serve in the 10th game to take the first set and continue her faultless form. 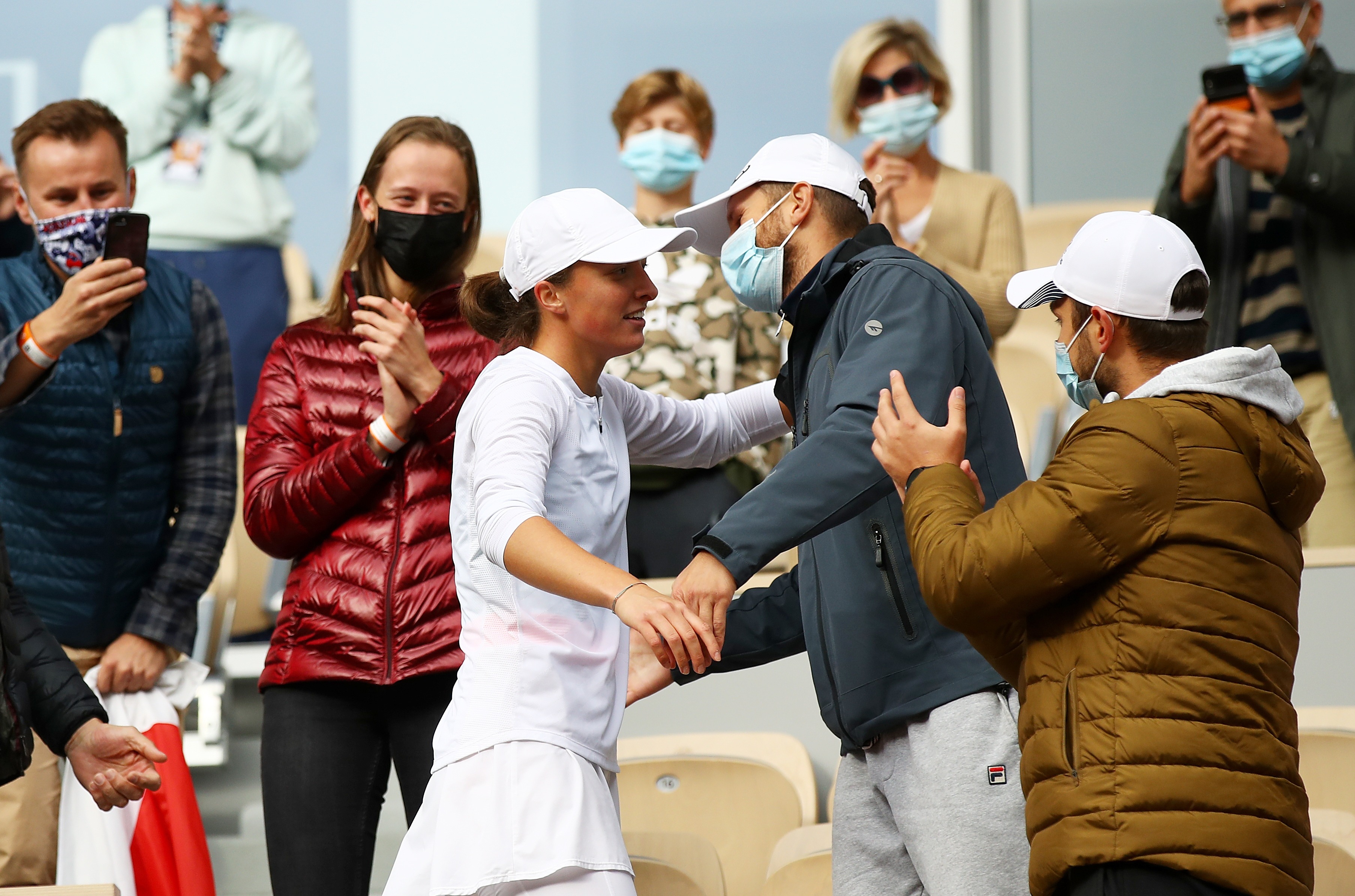 From Kenin’s perspective, it appeared as if her movement was hampered and she was clearly in distress and discomfort, calling for a medical timeout after the third game of the second set.

To some this was merely a cynical ploy to stop Swiatek’s momentum and give her opponent the time to think about the enormity of what she was close to achieving.

But Swiatek’s demonstration of tennis at the highest quality did not stop and she wrapped up the triumph in style — a brilliant forehand winner. 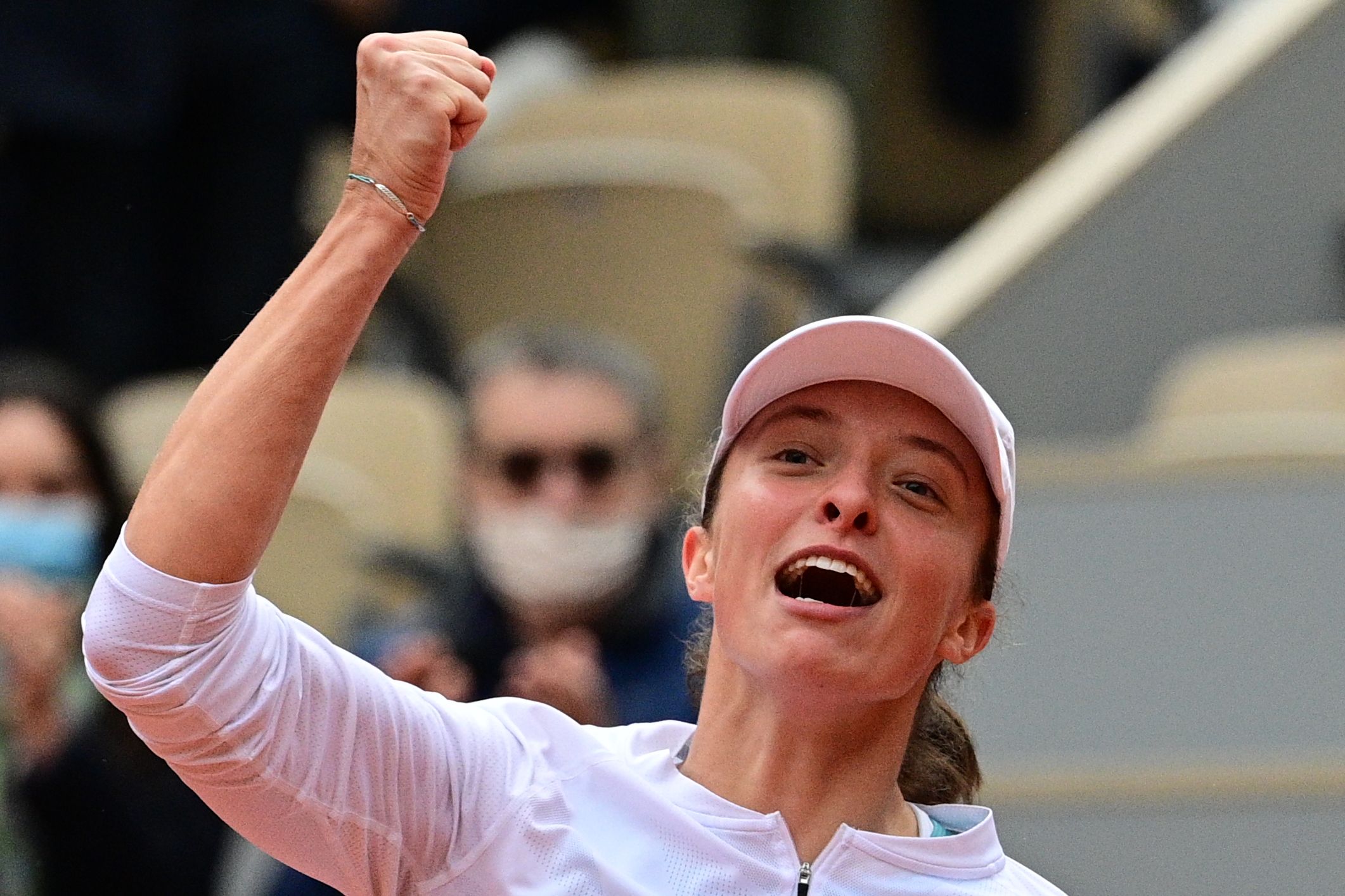 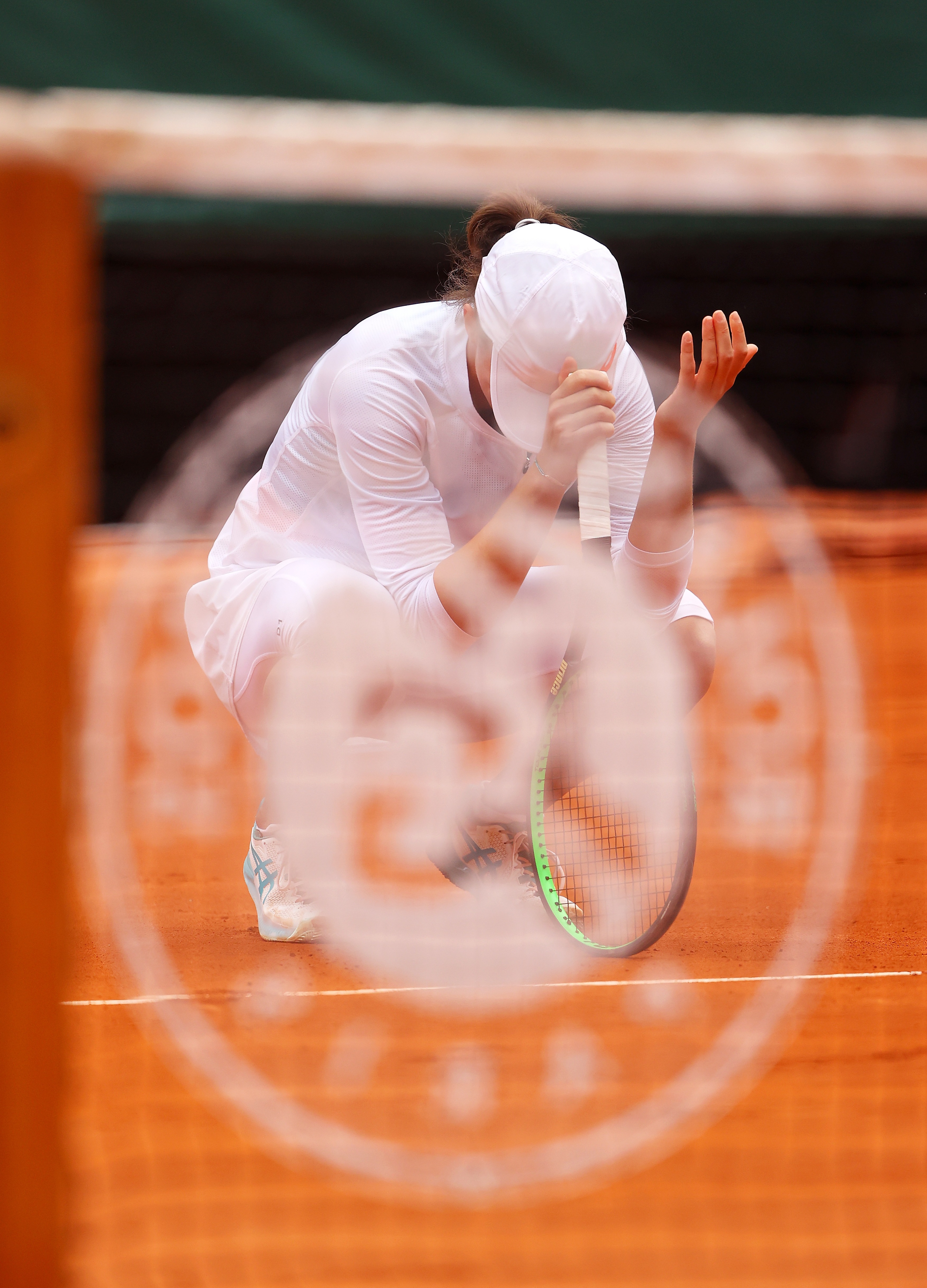 Swiatek said: “I don't know what's going on! I'm so happy and I'm so glad my family are here.

“This is overwhelming for me. Two years ago I won a junior Grand Slam – it feels like such a short time ago.

“It was an amazing final. Thanks for cheering!”

"Sofia, I don't know if you're injured but you did a great job in this tournament.

“I was mentally consistent. I wanted to play aggressive as in previous rounds.

“I felt like today was really stressful for me so it was kind of hard. I don't know what made the difference but I won the match.

“Another underdog has won a Grand Slam in women's tennis right now – it's crazy!”