It’s the single night’s viewing on Australian free-to-air television that offers opinion and explanation, dissects pressing social issues, lets ordinary people discuss their lives and offers a window into the divisions of the wider world.

But if you’re thinking it’s Monday evening on the ABC, home to Australian Story, Four Corners, Media Watch and Q+A, you’re not considering the alternative: SBS on Tuesday night, with Insight, Dateline and The Feed. Turns out a day really does make a difference. 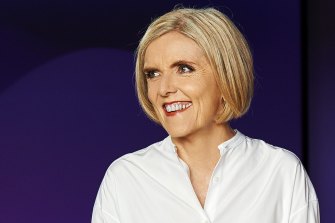 SBS has grouped the three shows together in a block, running from about 8.30 to 10.30pm, this year, with The Feed shifted from the youth-orientated SBS Viceland to the main channel in February. But already the trio reveal a conducive outlook and a fortification of SBS’s philosophy.

There’s a focus on individual experience and the wider lessons it contains, a touch of irreverence where applicable and a whole lot less shouting.

SBS has long used its comparatively condensed resources to distinguish itself, and this prime-time block is a prime example. At times it works in contradiction to parts of the ABC’s approach, which can savour the sparks of controversy, even if it means less relevant information.

SBS can’t hope to compete with Four Corners, a show so good year after year that we sometimes take it for granted before the next report that changes the national conversation (and launches a royal commission), but other options are welcome.

The most striking contrast is between Q+A and Insight, where the differences can be close to eerie. Both shows examine pertinent current issues, with a host guiding a discussion that moves between seated guests and a studio audience that can chime in. But what’s striking about Insight is how quiet it is; often as a panellist speaks, deftly shot close-ups on audience members shows them listening, sometimes with tearful intensity, to what’s being said. No-one is waiting to cut in or to cut someone else down.

Insight has been running for just over 20 years, nearly all of them with journalist Jenny Brockie at the helm. Its current incarnation is geared to illuminating answers over ideological talking points. You tend to get someone who has experienced first-hand what’s been discussed, not a politician or high-profile advocate, on the panel, and Brockie sets the episode’s tone with a close questioning of them in the first six to eight minutes that is unadorned and gripping.

The subjects of the two most recent episodes were Victoria’s recent voluntary assisted dying laws and women who kill violent men. This was sobering, sometimes wrenching, television and each instalment conveyed a depth of emotion and spread of facts across an hour of viewing time.

There were none of the shenanigans that give audiences a love/hate relationship with Q&A. At one point, two doctors with opposite beliefs on voluntary assisted dying exchanged opinions, and when one disagreed with the other, he put his hand up to indicate he’d like to offer rebuttal. 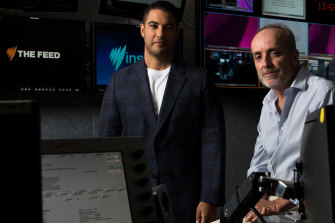 Insight is focused on getting past headlines to reveal the human reality, and that partly informs The Feed as well. On Viceland, the current affairs series gained an outsized reputation through the viral satire of the exceptional Mark Humphries, who departed in June 2018, but its reporting is strong and now co-host Marc Fennell, who fronts the show alongside Alice Matthews, is an incisive interviewer of both the nondescript and famous.

In moving to SBS proper, The Feed has shrunk to a weekly half-hour, which leaves it balanced between the concise and the overly condensed. Having a little room to breathe, to nurture some eccentricities, enhances it, while comic Alex Lee, a contributor for several years, is going have to step up if fronting the weekly satire spot.

A small profile lets The Feed find under-reported stories, often in rural Australia, and Dateline has a habit of doing that in other countries. Recent episodes on the Iowa caucuses, the up-close-and-flawed voting system that launches US Presidential primary season, and the official war on drugs in Fiji offered solid and varied reporting on distinct issues.

That’s typical of SBS’s Tuesday night line-up: do what you’re meant to do consistently well. In 2020, that may well be a radical approach, but it’s certainly welcome.