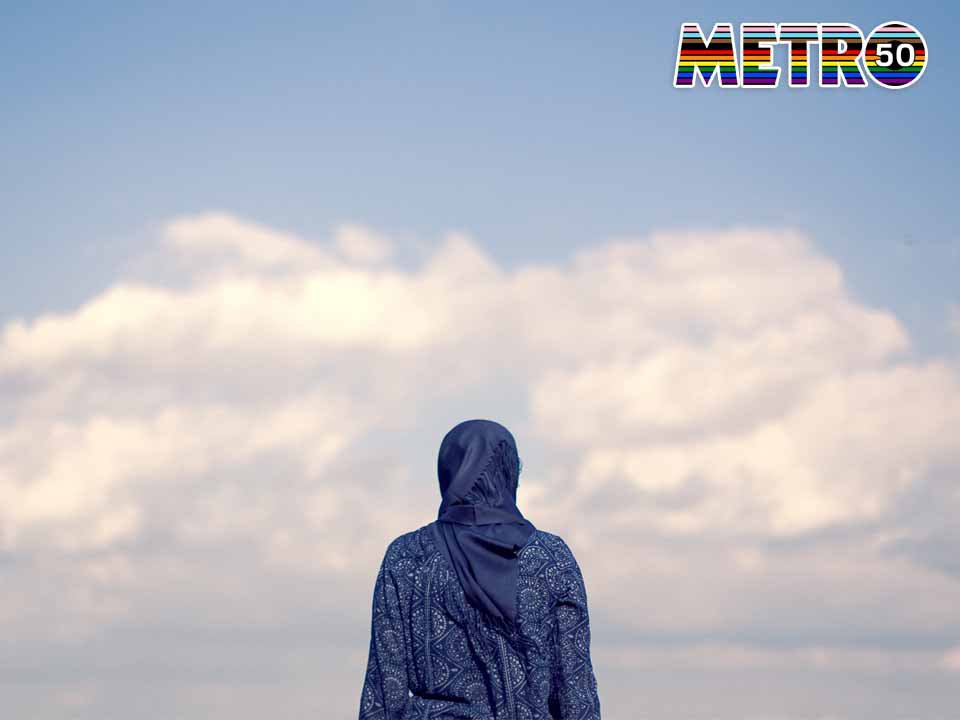 Though it’s often understood as a queer rite of passage, coming out is not for everyone.

Far from being the basis for earning or keeping your gay card, I see coming out as a Western social construct. Coming out narratives emphasise the individual, typically white experience.

These narratives assume you have an emotional and financial support system, ignoring how so many people of colour depend upon and lean on their families or cultural communities.

That is why I can’t stress this enough: coming out is not the be-all and end-all of the queer experience.

I’m not disparaging anyone who is affirmed by coming out. I deeply appreciate everyone visibly queer who campaigns for LGBTQ rights. I feel pride in their ability to do so. But being ‘out’ and being visibly queer are not absolutes. They are privileges that we need to deconstruct.

First, what does it mean to be ‘out’? There’s often an underlying implication, whether through op-eds, celebrity culture or social media, that someone’s identity is only valid when it is known by everyone.

The same goes for TV and movies. From Heartstopper to Love Simon, coming out stories usually involve one big revelation – often without the queer character’s consent.

I’m a Muslim woman who wears hijab, so practically everyone I come across assumes I’m heterosexual

Then, on screen, they’ll come to terms with it and perhaps things will be OK. But having this kind of narrative normalises the sharing of intensely personal information in a semi-public space. It paints the false picture of an emotive statement that has a sense of finality.

Coming out is misconstrued as one-and-done, like ripping off a plaster. But we don’t talk about all the plasters that come after that. Whether it’s a new therapist, a colleague who misgenders your partner, or a relative haranguing you about finding a husband and not a wife – it never ends.

I’m a Muslim woman who wears hijab, so practically everyone I come across assumes I’m heterosexual. But I’m not – I’m a lesbian, just not an out lesbian. My family doesn’t know and never will, which is something I’ve made my peace with.

If I set things straight (no pun intended) every single time, I would be coming out to an exhausting number of people.

To celebrate 50 years of Pride, Metro.co.uk has teamed up with Kyiv Pride to raise money for their important work in Ukraine.

Despite war raging around them, Kyiv Pride continue to help LGBTQ+ people, offering those in need shelter, food and psychological support.

We will be splitting the cash with a grassroots charity closer to home.

You can donate here

I know many who consider themselves ‘out’ to their families, yet they are still wary of being too public about it. Some think of themselves as ‘semi-out’. Their immediate family knows, but not their extended family or family friends. Perhaps their family living in the UK knows. They just have to be careful in case word gets out to their more conservative relatives back home.

For all these reasons, I believe that no queer person owes anyone their identity. Coming out is often seen as an end goal, a way for someone to live their truth. That sounds liberating in principle, but the reality is different.

There are many people uncomfortable being out, and that doesn’t make us liars or cowards or any less authentic. It makes us pragmatic. When given the choice between a queer milestone and our safety, our wellbeing takes precedence.

The scariest thing for me when thinking about being outed is not knowing how my family would react if they found out. I can guess, based on my family’s reactions to LGBTQ issues as they’ve come up in the news, that they wouldn’t be particularly accepting of me.

But what I don’t know for sure is how deep that rejection would go. Would it mean being kicked out from home? Disowned? Subject to conversion therapy to try to ‘fix’ me? That part, I hope I never find out.

I’ve heard wonderful stories about queer Muslims who have come out to family. They have been incredibly accepting and loving, and I could not be happier for them. The fact that they were able to take that chance reminds me of the goodness in humanity. It gives me faith in my ummah – my community.

But I don’t think I have it in me to take that chance myself. I don’t know if I’d be able to handle the pain of being so roundly rejected or judged by the people I love. And that’s OK.

We can measure progress in a number of ways. For the LGBTQ community, coming out isn’t the only metric. It doesn’t give a full picture of LGBTQ people of faith and people of colour who may not be as visible or vocal. And progress is multifaceted.

For gay and lesbian people, perhaps an argument can be made that things have changed for the better in the UK – through marriage equality, for instance. But for trans people, we seem to have gone backwards. Section 28 was repealed in 2003, but today, similar arguments are being used against the trans community, including Attorney general Suella Braverman, who recently said that schools don’t have to accommodate trans children.

Homophobia or transphobia isn’t rooted wholly in one religion or culture, either. Queerness is illegal in 71 countries. The majority are Muslim, but almost half of them are Commonwealth countries. That means many existing homophobic laws have colonial influences.

And while there’s still a long way to go for equality, some Muslim countries (like Bangladesh and Pakistan) already recognise a third gender. Yet in the UK, this very issue – nonbinary recognition – was debated as recently as last month in Parliament.

All of this is to say that as we enter Pride, society’s progress isn’t linear or binary, nor is it absolute. Neither is anyone’s queer journey. When being visibly queer is risky and downright dangerous for many, we shouldn’t over-focus on coming out because that might not be everyone’s priority.

Coming out makes for good TV, sure. But making queer people feel safer starts by not expecting us to out ourselves to begin with. Rather than expecting us to broadcast our queerness in public, we should be able to just be. That, for me, is far more empowering than any tradition.

This year marks 50 years of Pride, so it seems only fitting that Metro.co.uk goes above and beyond in our ongoing LGBTQ+ support, through a wealth of content that not only celebrates all things Pride, but also share stories, take time to reflect and raises awareness for the community this Pride Month.

And we’ve got some great names on board to help us, too. From a list of famous guest editors taking over the site for a week that includes Rob Rinder, Nicola Adams, Peter Tatchell, Kimberly Hart-Simpson, John Whaite, Anna Richardson and Dr Ranj, we’ll also have the likes Sir Ian McKellen and Drag Race stars The Vivienne, Lawrence Chaney and Tia Kofi offering their insights.

During Pride Month, which runs from 1 – 30 June, Metro.co.uk will also be supporting Kyiv Pride, a Ukrainian charity forced to work harder than ever to protect the rights of the LGBTQ+ community during times of conflict. To find out more about their work, and what you can do to support them, click here.