Home » Lifestyle » I visited a typical Dubai neighborhood where locals live, and found a totally different city to the glittering metropolis tourists see. Here's what it was like.

When most people think of Dubai, they picture the Emirati city's glittering skyscrapers, beautiful deserts, and extravagant displays of wealth.

We rarely see scenes from where locals actually live — that is, aside from the glittering apartments in the marina, where the city's elite live. So, on a recent trip to Dubai, I decided to find out what that was like.

Even the terms "local" and "typical" are tricky ones in Dubai, where its wealth explosion has resulted in an influx of people moving in from around the world and fundamentally changing the city's demographics.

The two major communities — locals and expats — also tend to live in different areas, and many of the city's older architecture and homes have been knocked down to make way for new projects.

But the Al Basha neighborhood, as a new and popular area, provided a good insight in to what it can be like to live in the city.

I found a community filled with attractive properties that summed up many of the qualities I found across the city: beautiful displays of wealth that seem a bit disconnected the surrounding community, and where the climate, culture, and transport networks mean people are unlikely to be seen out and about.

Dubai is seen as a city of extravagance, and most tourists tend to stay inside the metropolis, aside from maybe a quick trip into the nearby desert. 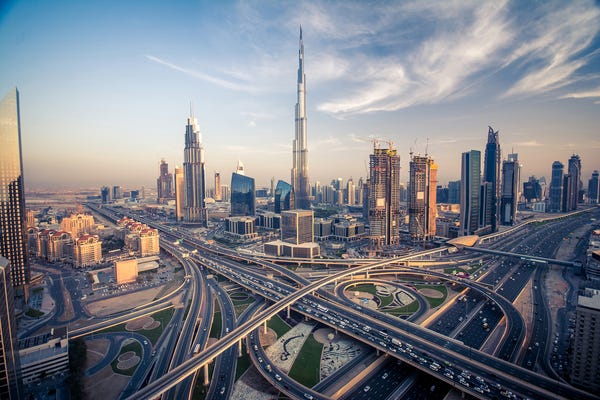 But I wanted to look at where people actually live. So I took a trip to Al Barsha, one of Dubai's newer residential neighborhoods. 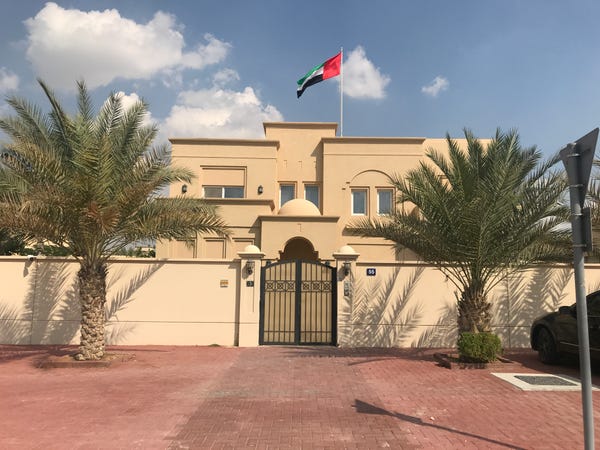 Al Barsha is actually a huge area made up of various different sections. I spent some two connected sections, called Al Barsha 2 and Al Barsha South. 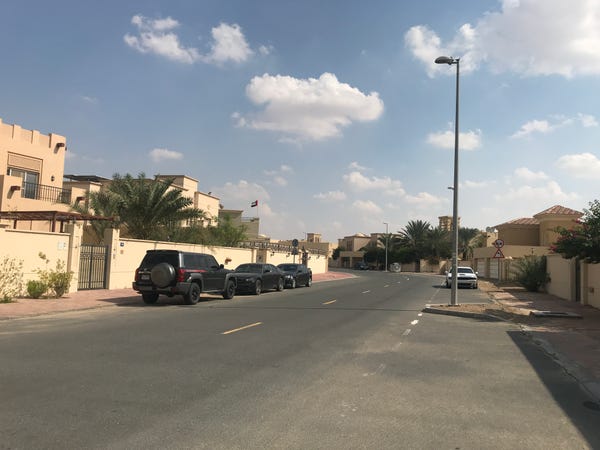 The area is further inland from a lot of Dubai's most famous sights, like the marina or The Palm. Nonetheless, Dubai residents of all sorts live here: from single expats to large, local families. 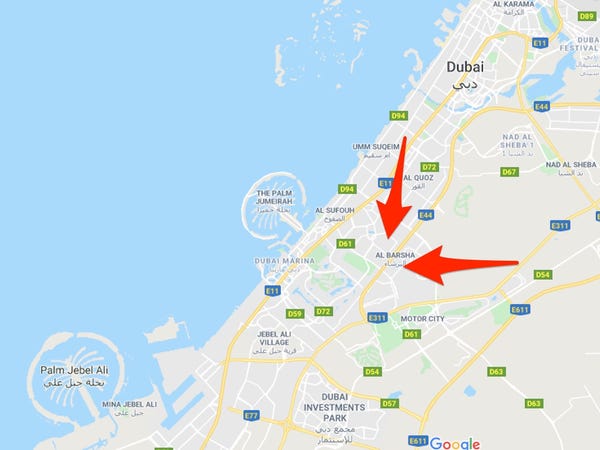 Read more: I rode the women-only subway car in Dubai, and while it has some plus points it's not something I'd want to see everywhere

Al Barsha isn't close to the city's metro, which focuses on the area along the coast, including downtown and the marina. So I took a Careem, the Middle Eastern ride-hailing company recently bought by Uber. 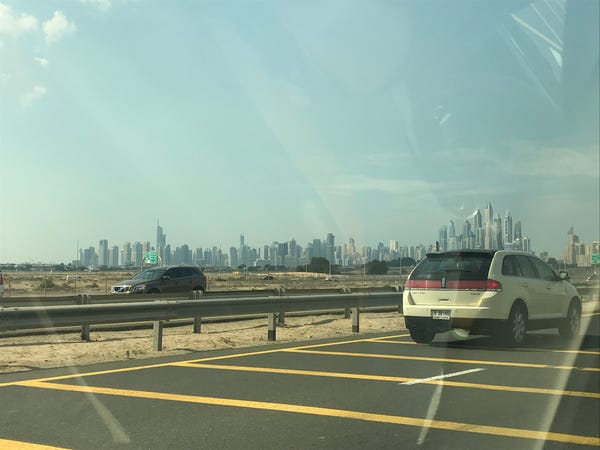 Read more: I took a Careem, the ride-hailing app Uber snapped up for $3 billion to dominate the Middle East. It was clear why Uber wanted it.

Much of Al Barsha is made up of huge villas closed off by big walls and gates. 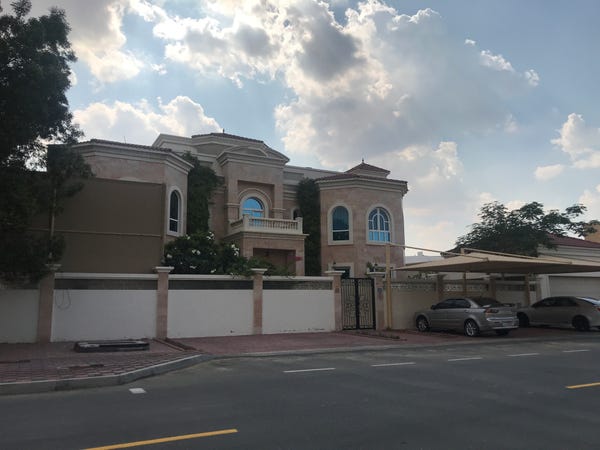 No two villas looked the same, and many are in a host of different styles. 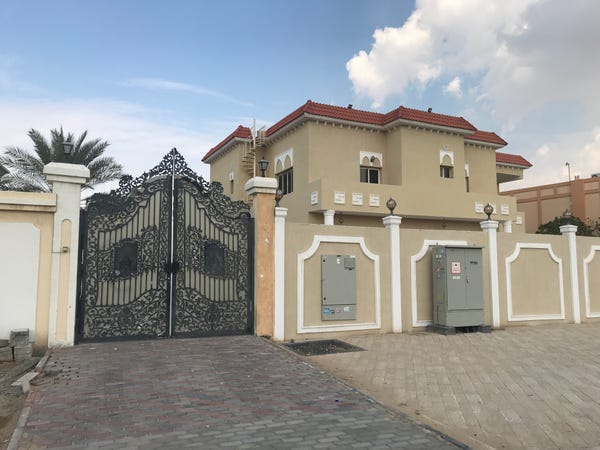 Buying a five bedroom house in this area, Al Barsha 2, can cost up to around $2.5 million, according to Bayut.

Renting a four-bedroom house in Al Barsha South can cost up to around $90,000.

Some even have futuristic designs. 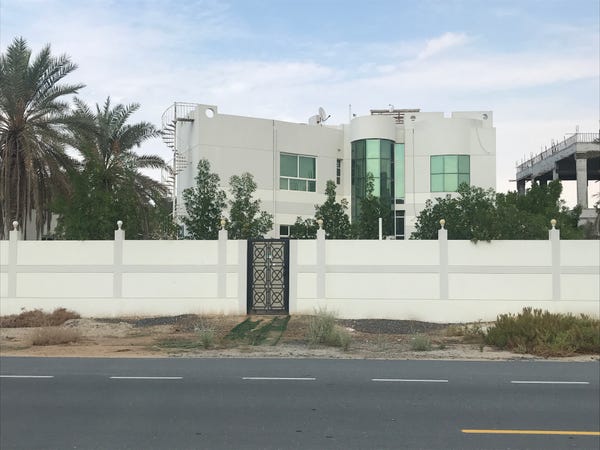 And many prominently displayed the flag of the United Arab Emirates. 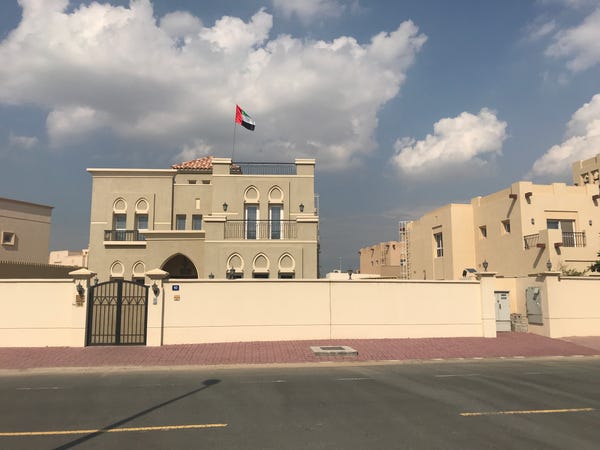 Many also had giant, ornate gates to close them off from the outside world. 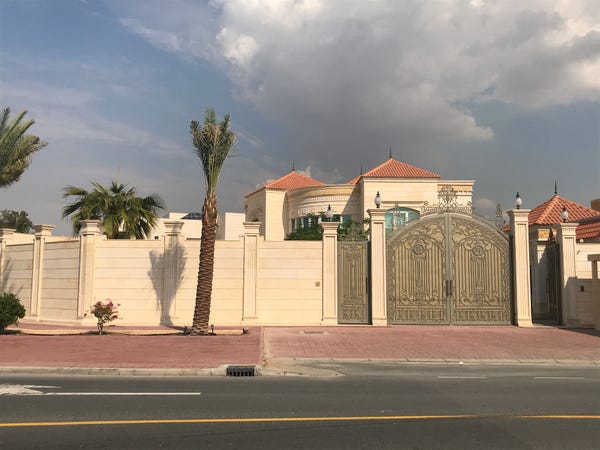 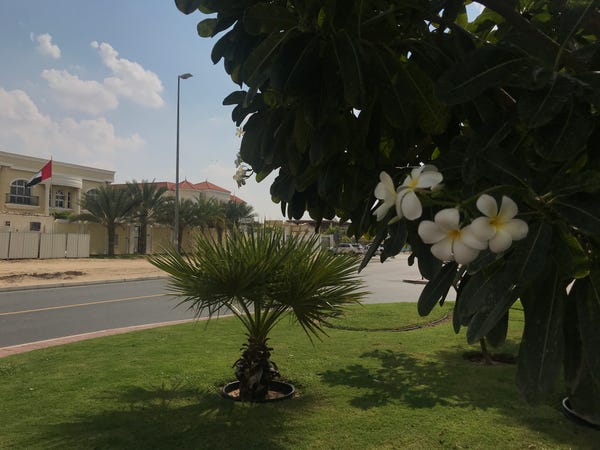 … but it was still hard to totally rid the neighborhood of signs of the desert. 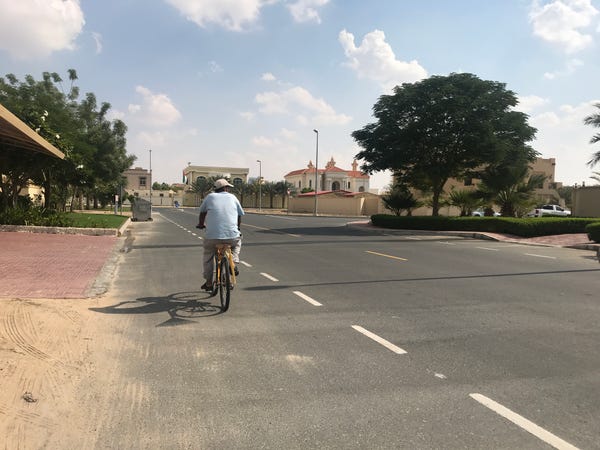 As a result, residents seemed keen to keep their plants watered. 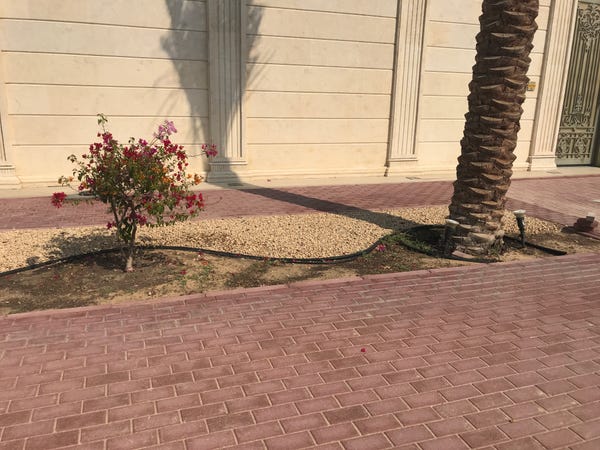 I quickly noticed just how few people were around. Anyone who passed me was driving — a common practice that often makes traffic in Dubai a nightmare. 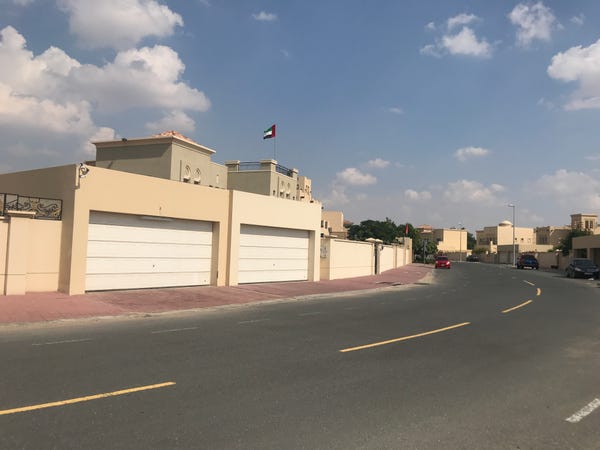 Part of why there was no one around was likely due to how far we were from the metro and how close we were to major roads.

There were some bus routes nearby, though, and other parts of Al Barsha, like Al Barsha 1, is connected to the metro.

It felt strange to be the only person walking around. There were also no real neighborhood amenities — like a store or a café — within walking distance to many of the houses. 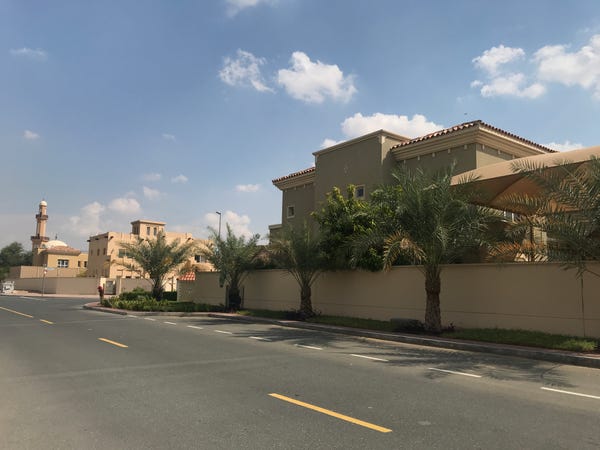 I didn't cover the whole area, but many houses seemed very far from a lot of shops you shouldn't need to drive to.

But this being Dubai, I managed to find a mall without much trouble — the Al Barsha Mall. But this too seemed like a place that people drove to, spent time inside, and then drove back from. 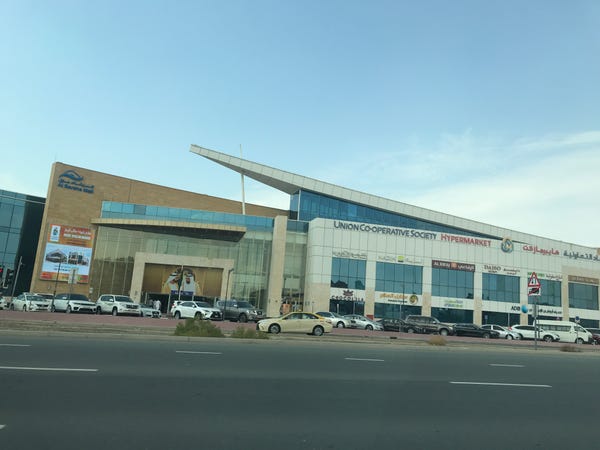 There were also beautiful mosques in the area. This is the Al Barsha South Mosque. 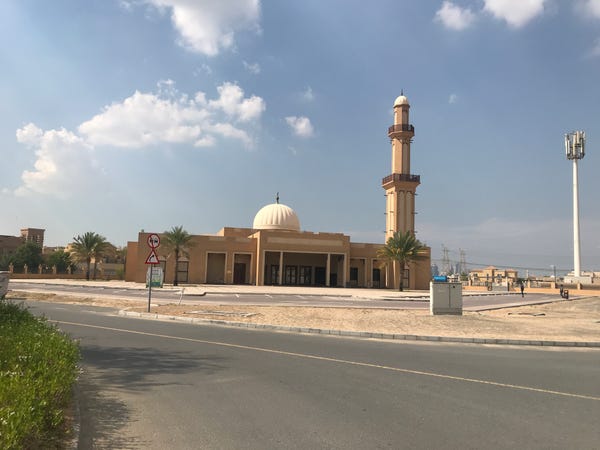 I was also constantly reminded of the heat of Dubai — on the day of my visit, during the city's winter, it was 27 degrees Celsius (80.6 degrees Fahrenheit). 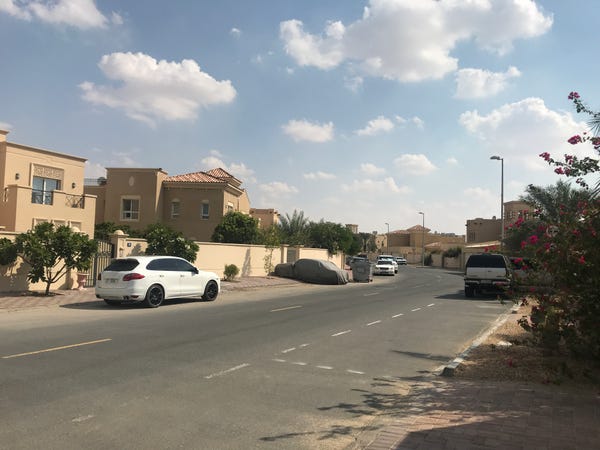 Around Al Barsha, there were covered structures to protect residents' cars from the heat… 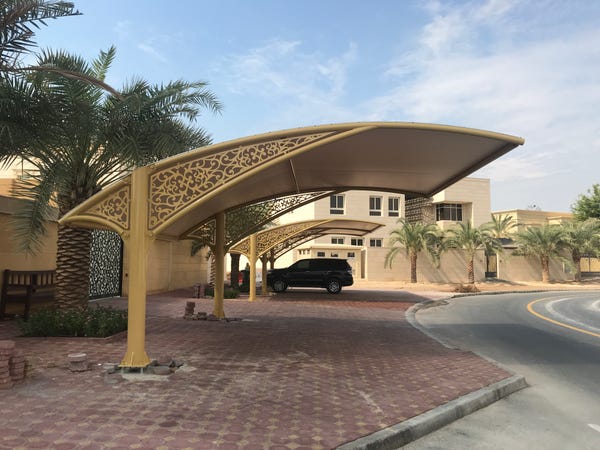 … while some residents had their boats on full display. 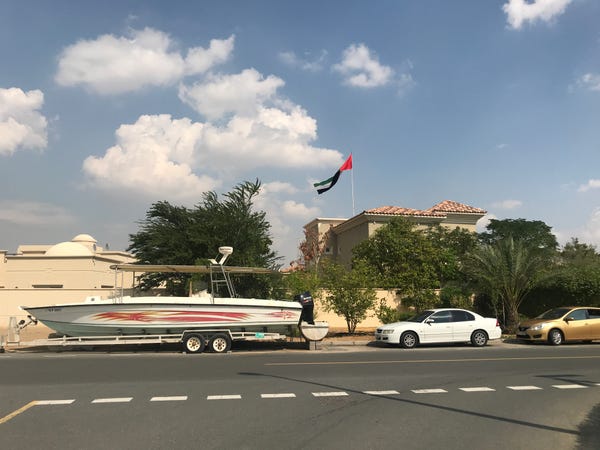 The odd house even had seating outside its gates, which made for a greater sense of community, and gave people the chance to catch some rare shade. 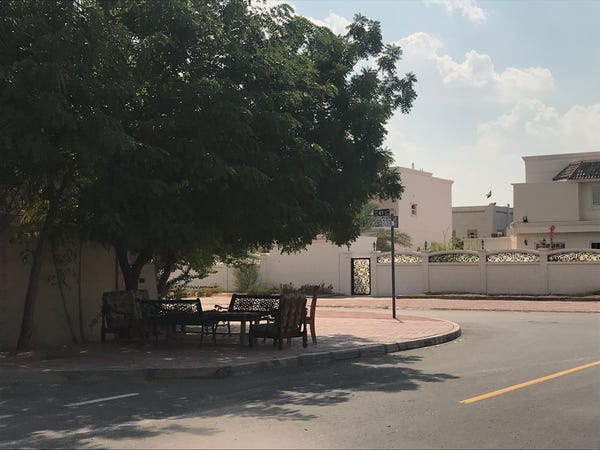 One of the most striking things about Dubai is just how much construction is always taking place, even in the most built-up areas. 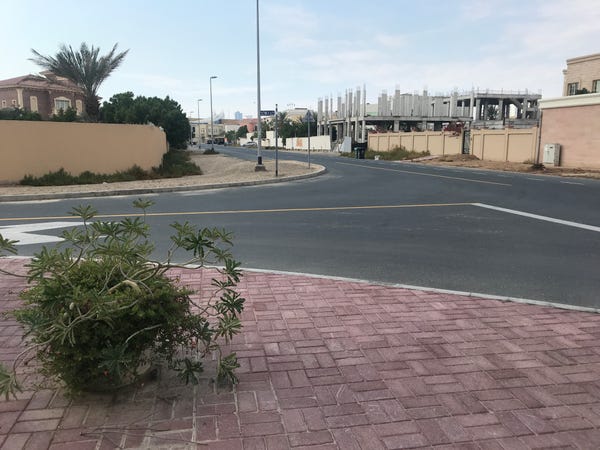 New houses were being built all over Al Barsha when I was there. 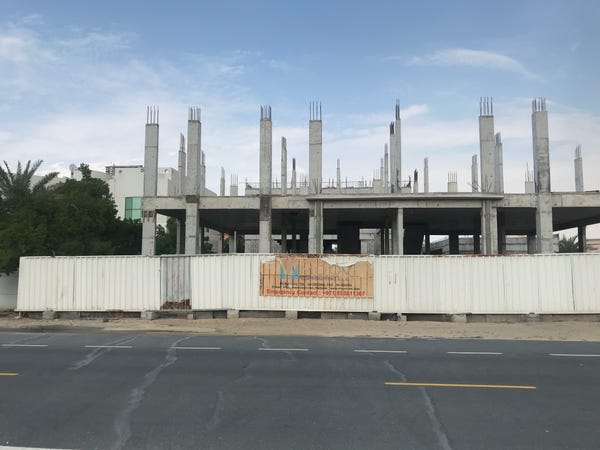 And there were empty spaces between existing houses, ready to be built on… 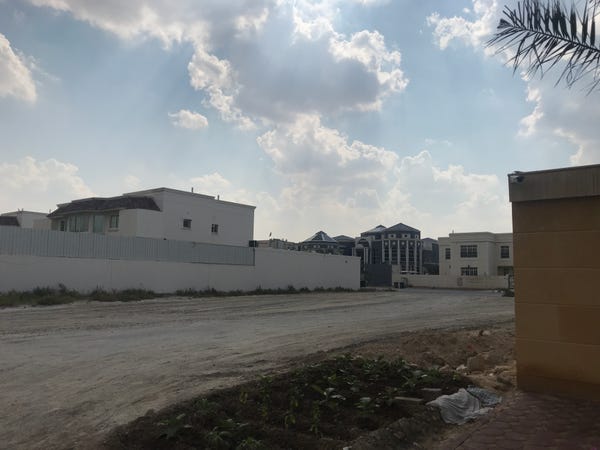 … as well as some houses that were almost complete. 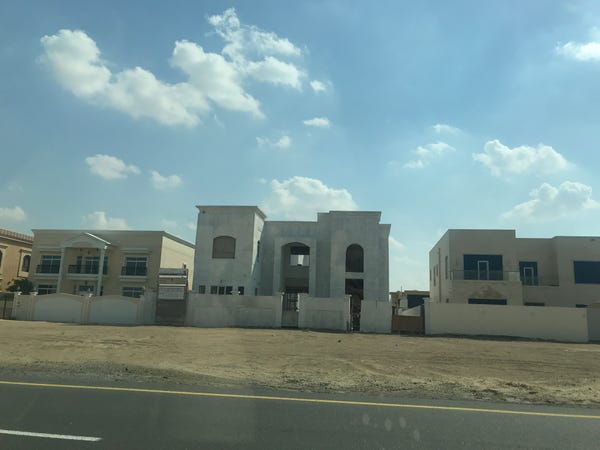 The construction levels show just how little Dubai intends on slowing down the massive expansion that's defined it over the last few decades. But the style of Al Barsha's homes shows how different Dubai can look like, depending on where you go. 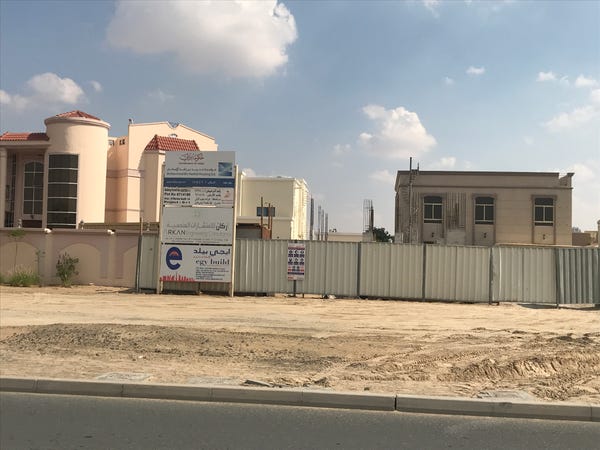