Daisy was a fox red Labrador with the most beautiful brown eyes. She went everywhere with me and loved being by my side. But there was one day, nearly 12 years ago, when my dog became a bit distant with me.

She’d look at me with those big eyes and I’d think ‘what have I done?’ I just couldn’t work out what I’d done to upset her.

Not long after she started to behave strangely, I took Daisy for a walk. When I opened up the back of the car so she could jump out, she refused. Instead she kept staring and nudging at my chest.

Eventually I coaxed her out of the car and as we were walking I decided to feel where she nuzzled me. To my horror, I felt a small lump.

The discovery prompted me to see my GP and after being referred for further tests, I was shocked to discover I had early stage breast cancer.

The consultant told me that it had been situated so deeply in my chest that had Daisy not spotted it, my prognosis would have been a lot different if we’d had waited for the lump to grow enough for me to notice it.

It meant I had to endure treatment that included a lumpectomy, lymph node removal, radiotherapy and 10 years of hormone treatment, but without Daisy it could have been so much worse. I literally owed my life to her. 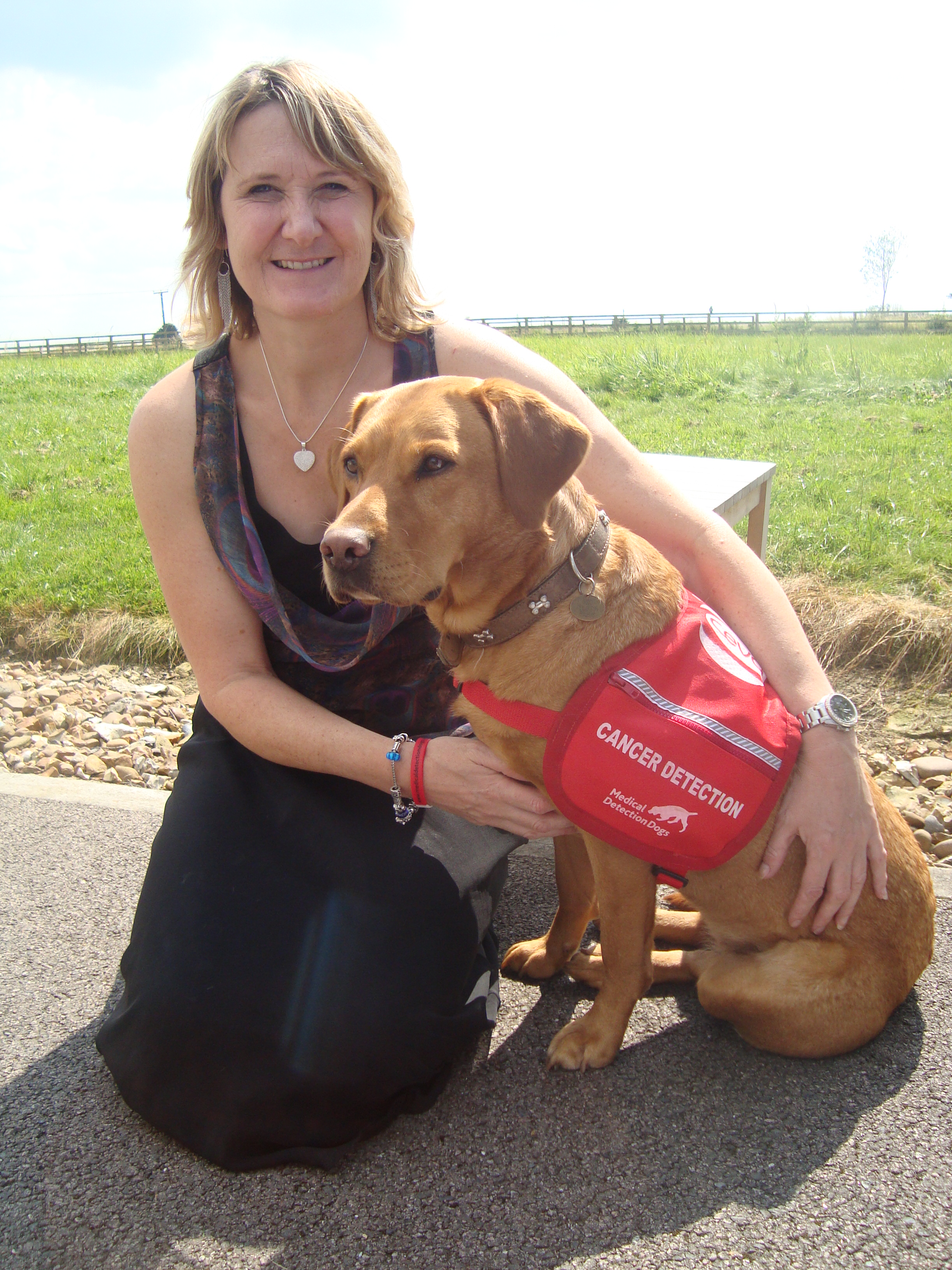 However, this wasn’t the first time I’d learned about the true power of a dog’s nose.

A few years earlier a colleague had told me that her dalmatian had saved her life when she was a teenager.

She explained how the dog would sniff at a mole on her lower calf. Even if she was wearing trousers, the dog’s nose would twitch. Eventually my friend went to the GP, who assured her it was probably nothing but suggested they removed it and gave it a biopsy just to make sure.

That mole turned out to be a malignant melanoma, the most aggressive form of cancer. Without her dalmatian’s intuition, my friend said she most certainly wouldn’t have survived.

I’d always known dogs were amazing, but after hearing her story, I was adamant that they had the power to smell cancer – and if they could do that, I felt sure they could sniff out other diseases too.

From that moment, I became committed to finding out how they did it and how well it could work.

After spending many years working for charities and studying the amazing detection abilities of dogs, in 2002, I was privileged enough to meet Dr John Church, who was known as the maggot man after he discovered the amazing power they had to clear wounds.

Like me, he agreed that dogs had a brilliant ability to detect the different odours of diseases, so in 2008 we decided to set up a charity to train dogs to sniff out illnesses like cancer, which could then help with quick detection and early diagnosis.

Our idea was that if we could train dogs to sniff out diseases by learning how they smelt, they not only could help with early detection, but also support people who lived with certain illnesses, such as nut allergies and Type 1 diabetes, and let them know if their health was in danger.

I knew people were skeptical about what we were doing, but thankfully we also had lots of supporters who did believe in our mission.