Home » Lifestyle » How to get rid of visceral fat: Apple cider vinegar may be key in helping burn belly fat

As much as 70 percent of the population in some westernised countries are now considered either overweight or obese. Carrying extra fat around the midriff puts a person at higher risk of serious health risks. By adding apple cider vinegar to your daily routine, you could burn away your belly fat and reduce serious risks to your health.

According to studies, adding one or two tablespoons of apple cider vinegar to your diet can help you lose weight.

It can also reduce a person’s body fat percentage; helping them to burn belly fat and decrease their blood triglycerides.

READ MORE: Diabetes warning – do your gums look like this? Signs of diabetes in your mouth 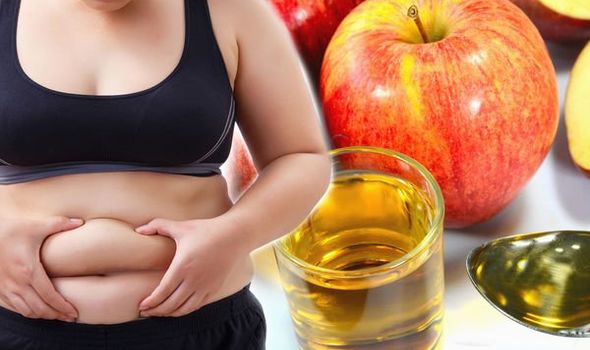 Taking one to two tablespoons of apple cider vinegar per day is considered safe for most people and may lead to modest fat loss.

But to consume apple cider vinegar safely you should dilute it with water, as undiluted vinegar can erode enamel on teeth.

In a study published in the US National Library of Medicine National Institutes of Health, vinegar intake and helping to reduce body weight, fat mass and triglycerides levels in obese Japanese subjects was analysed.

“Hence, we investigated the effects of vinegar intake on the reduction of body fat mass in obese Japanese in a double-blind trial.” 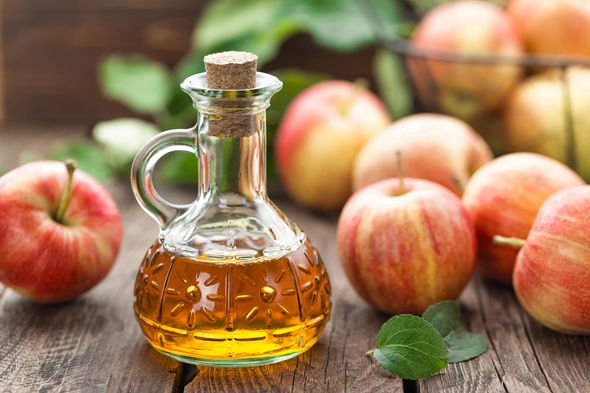 During the 12-week treatment period, the subjects in each group ingested 500 ml daily of a beverage containing either vinegar or a placebo.

The study concluded that daily intake of vinegar might be useful in the prevention of metabolic syndrome by reducing obesity.

This is because it can reduce your appetite, and because it delays gastric emptying, it helps you feel fuller for longer.

Taking it before a meal means it has the best chance to produce these effects, helping to burn more belly fat.

When taken before a carb heavy meal that contains a lot of pasta or potato, the vinegar can slow the rate of the stomach emptying as well as preventing large sugar spikes.