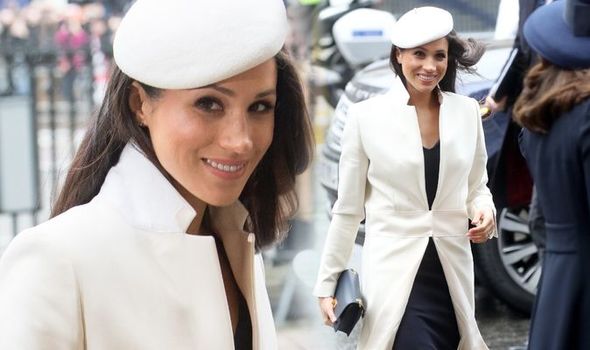 She claimed the Duchess of Sussex attempted to look more youthful when she first joined the Royal Family. Looking at her first appearance at Westminster Abbey in March 2018, just months before she married Harry, Meghan Markle wore a simple white ensemble, a nod to her bridal future.

Judi said: “The cream-coloured coat and hat look youthful and her hair is down to emphasise that younger look.”

The body language expert went on: “When her eyes pick out the cameras she flashes a direct blast of eye contact with her head slightly lowered and her brows raised, which is a tie-sign signal of a desire to make friends with – in this case – the public.

:In 2018 I would describe her dress and her body language as suggesting a desire to please and to be liked.

“Ingratiation displays often involve some signals of lowering and shyness and Meghan used both techniques here.” 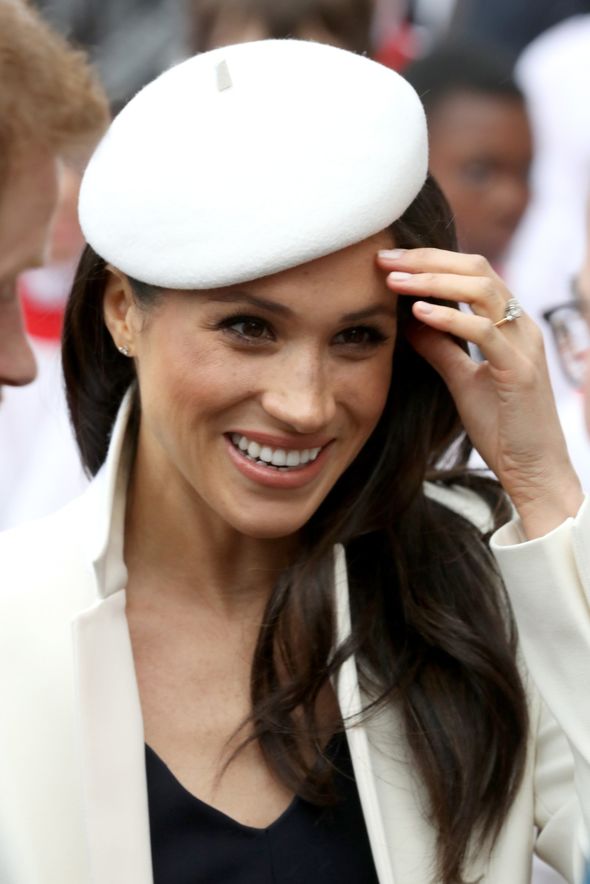 Meghan’s choice of a white ensemble says much about how the former-actress hoped to present herself.

Judi went on: “While body language signals can be subconscious, clothing is a very conscious option.

“So, Meghan’s outfits will reveal intentional changes in the way she wants to pitch herself, while her bearing, expression and gestures might show the less obvious clues.

“The fact that Meghan is an actress though makes her intentional appearance more deliberate in terms of her body language as she will have been used to moving in certain ways to project specific emotions to the cameras.”

In many ways Meghan emulated Kate when she first joined the Royal Family.

“She’s sporting a similar small clutch bag, but unlike Kate she holds it with both hands and close to her body in what looks like a barrier gesture, creating an impression of vulnerability.

“She also listens intently to Harry when he talks to her as though keen to take instructions at this very formal royal occasion.” 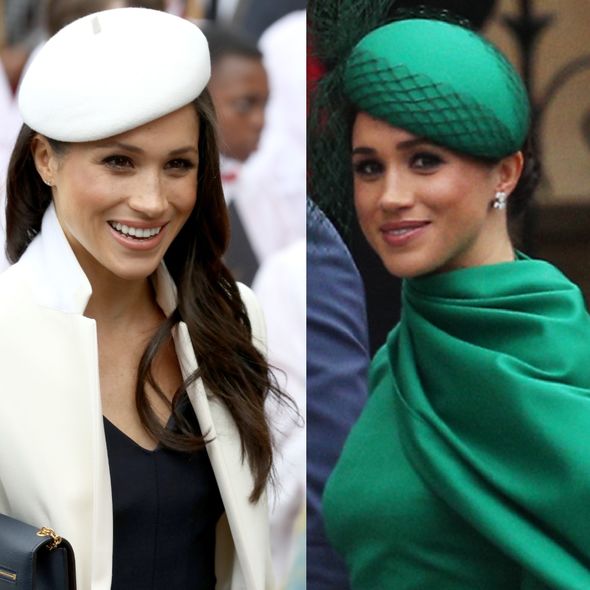 She added: “By 2020 we have Meghan the virtual super-hero, dressed in block-colour emerald and with her cape flying out behind her.

“This is assured, high statement power-dressing, and the way Harry’s suit has matching lining emphasizes their team values and squad goals.”

After making her intentions to move to the US clear, Meghan is “visiting as a celebrity and a star in her own right rather than a fledgling member of the royal firm,” Judi said. 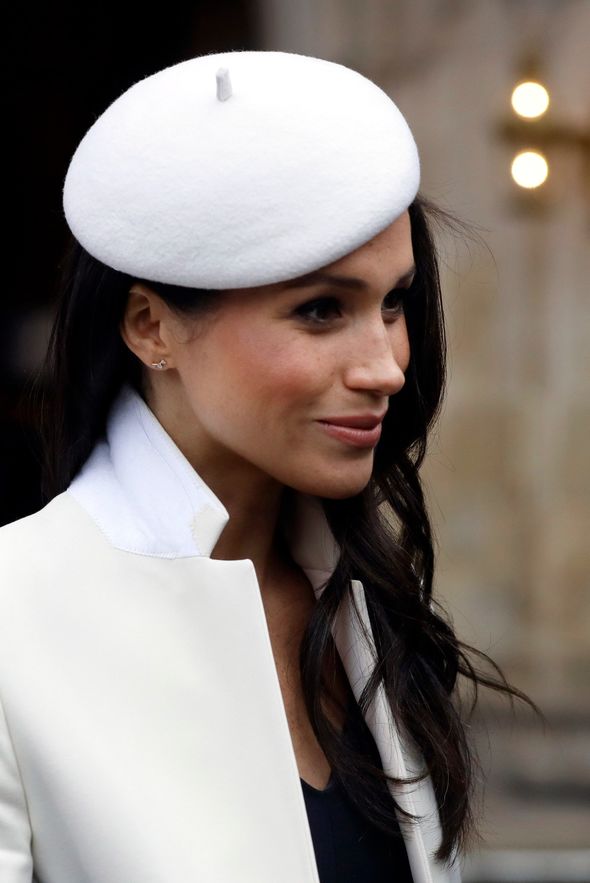 Is a Meghan Markle or Kate Middleton pregnancy most likely this year? According to the latest odds, Meghan is more likely to announce a pregnancy this year.

Leading bookmaker Coral makes Prince Harry and Meghan Markle the most likely Royal couple to announce during 2020 that they are expecting a baby, odds on to do so at 1-3.

They have Prince William and Kate Middleton at 9-4 to announce in the year that they are expecting a fourth child.