It’s a family fortune! Manchester United goalkeeper Dean Henderson’s uncle wins £14,000 off a £25 bet on him playing for England, placed when he was just 14 years old… and his mum and gran had money on too!

Dean Henderson’s uncle has won a £12,000 bet with the bookies after backing the Manchester United goalkeeper to play for England when he was just a teenager.

Martin Plunkett decided to make the wager when Henderson was a 14-year-old at Carlisle United as he placed a £25 stake with odds of 500/1, and is now set to receive the payout after he came on against the Republic of Ireland this month.

The 23-year-old was a second half substitute for Nick Pope and helped keep the clean sheet as Gareth Southgate’s men won 3-0. Henderson’s mother and grandmother also won £2,500 after betting £50 each – but by that point he had already moved to United, slashing the odds. 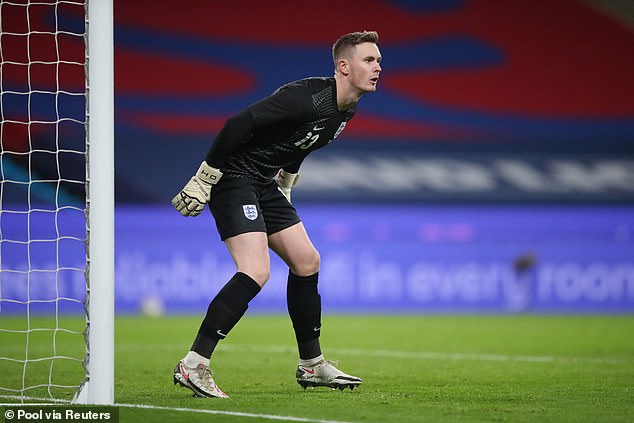 Dean Henderson’s uncle won £12,000 after the goalkeeper made his England debut this month 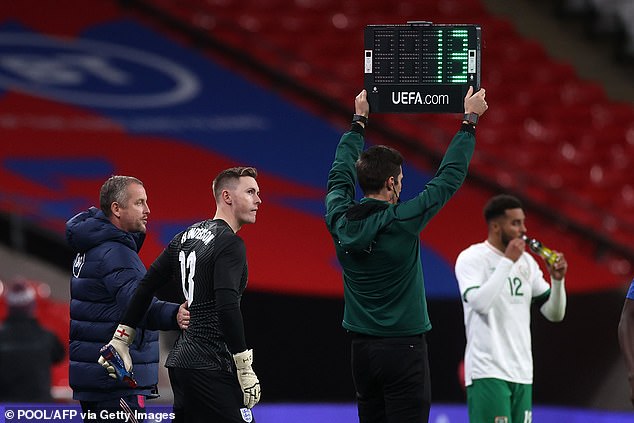 Plunkett said the goalkeeper was ‘chuffed’ at the bet coming in and said he was fully deserving of his cap following a breakthrough season with Sheffield United last term.

He told the Mirror: ‘I haven’t spoken to Dean about the bet but he did text after the game last Thursday to tell his mother, “Have we all got the money?”

‘We told him we got confirmation from William Hill that the bet was alright so yeah, he was chuffed for us. He’s a good lad. He deserves it.’

Henderson spent six years with Carlisle having joined as a schoolboy before linking up with United’s academy in 2011. He has risen up the youth ranks and has been sent out on loan five times before shining in two spells for Sheffield United. 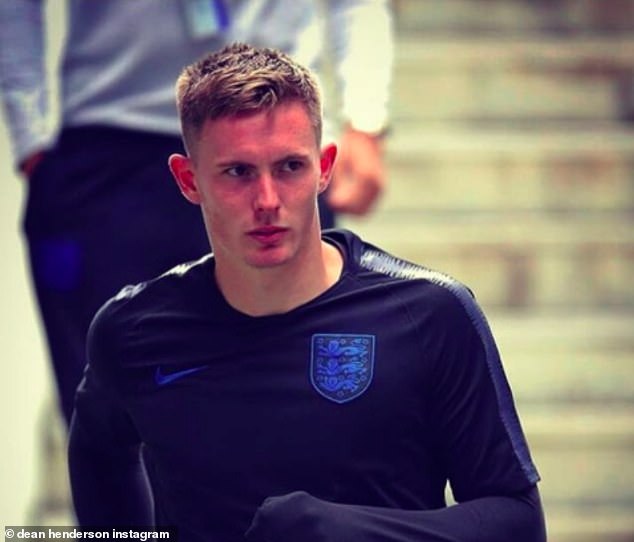 Plunkett insisted his talent was clear to see even at a very young age, with many bookmakers unwilling to accept the bet.

‘Anyone you ever spoke to who knew about him would tell you he’ll go to the top,’ he added.

‘So obviously you have a little bet don’t you? To be fair, it was only William Hill that would take the bet.’

Henderson was tipped to be both Manchester United and England’s No 1 after some dominant displays in goal for the Blades last term, but has returned to Old Trafford as second choice to David de Gea. 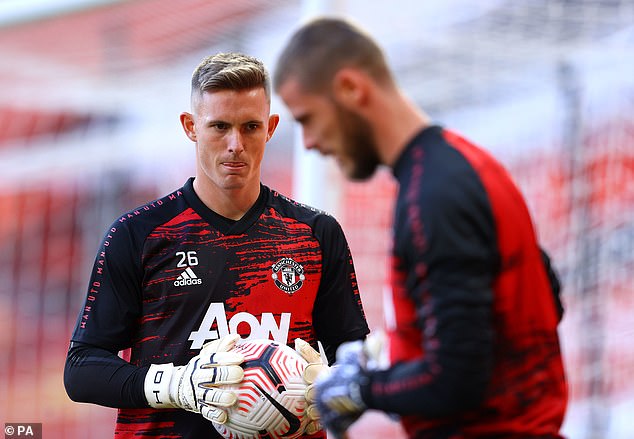 He signed a new five-year deal with the Red Devils in August but has made it clear he intends to be first choice.

Recent reports have claimed he is seeking another loan away in January to boost his prospects of dethroning Pickford as England’s first choice shot-stopper at next summer’s Euros.

Leeds and Brighton are said to be possible destinations with time running out for him to impress Southgate.