FINLAND fans handed over their team flags to shield stricken Christian Eriksen as the football world united in concern for the Denmark star.

The Inter Milan midfielder, 29, was later "stable" and "awake" in hospital after receiving CPR in the Euro 2020 game. 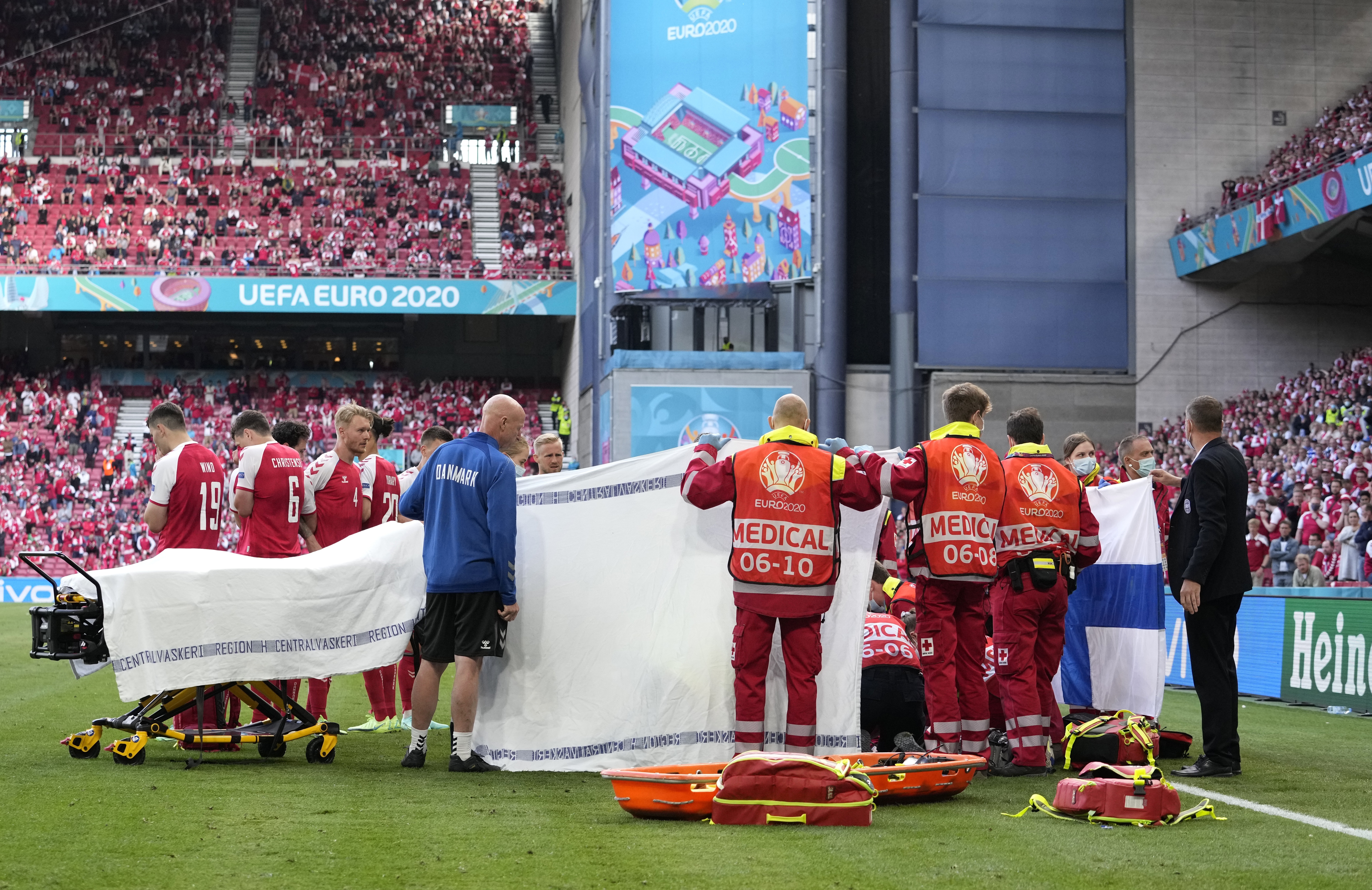 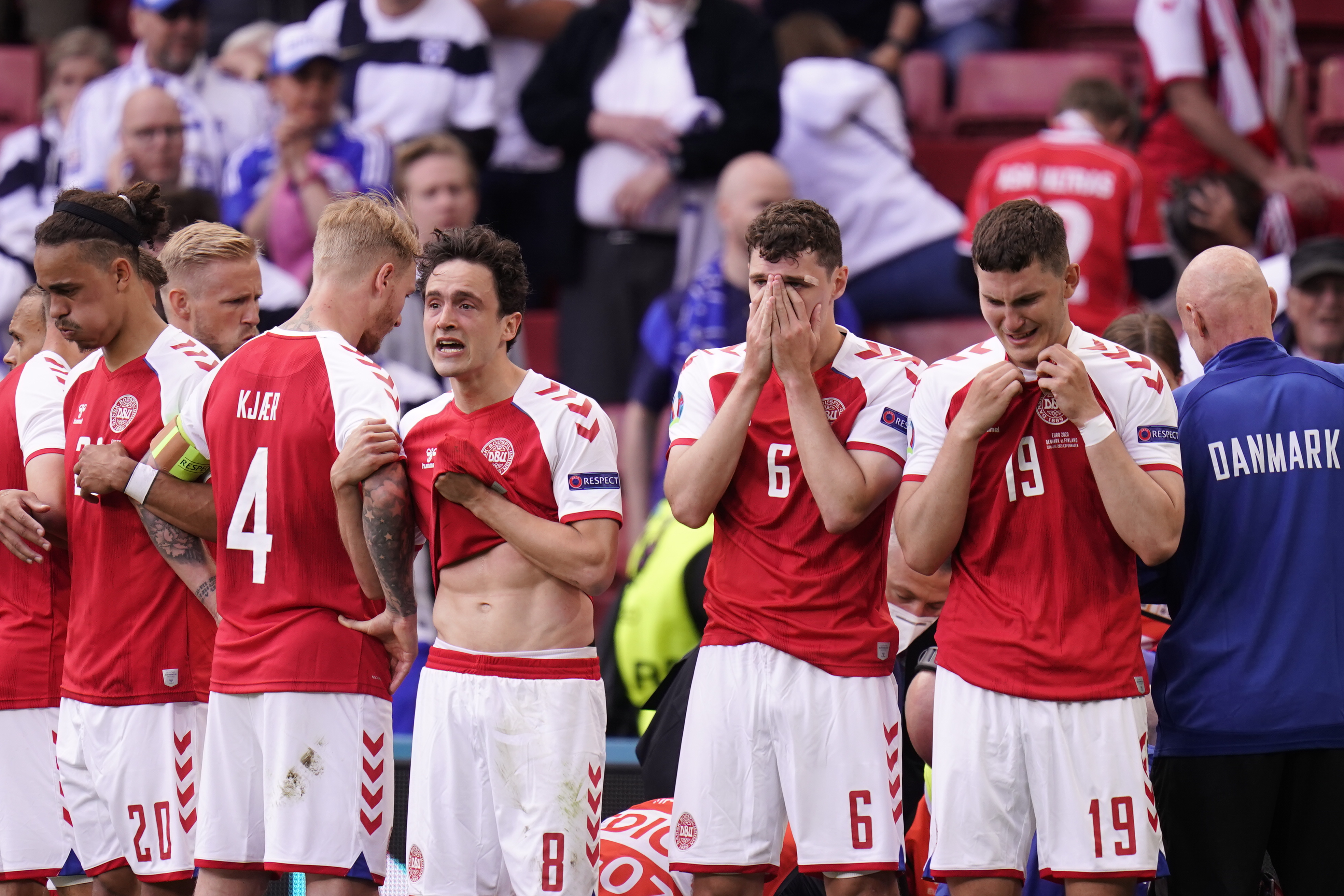 Players from both sides had looked on in tears and shock as Eriksen was treated on the field – while supporters made their own touching contributions.

The match was halted before both teams responded to the news of his improved condition by successfully requesting a restart – with the Finns returning for the remaining 49 minutes to snatch a 1-0 win.

But the earlier response of supporters at the Parken Stadium in Copenhagen will play a large part in how football remembers a day when many feared another tragedy had struck.

Worried Finns near the scene gave large banners to help cover ex-Tottenham ace Eriksen as he was treated.

And after the pitch had been emptied of players, a majestic outburst of unity and respect rung around the ground.

Applause then reverberated across the stadium in a gesture described on social media as an example of the "beautiful game".

Uefa later issued a statement to explain the match restart – which came "following the request made by players of both teams". 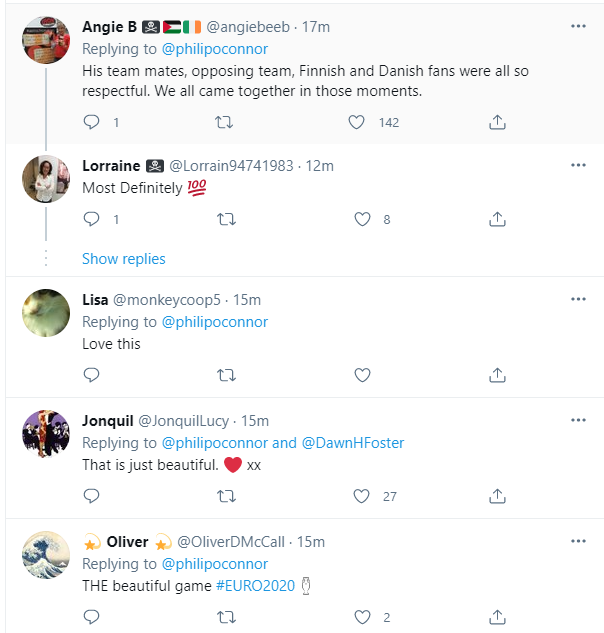 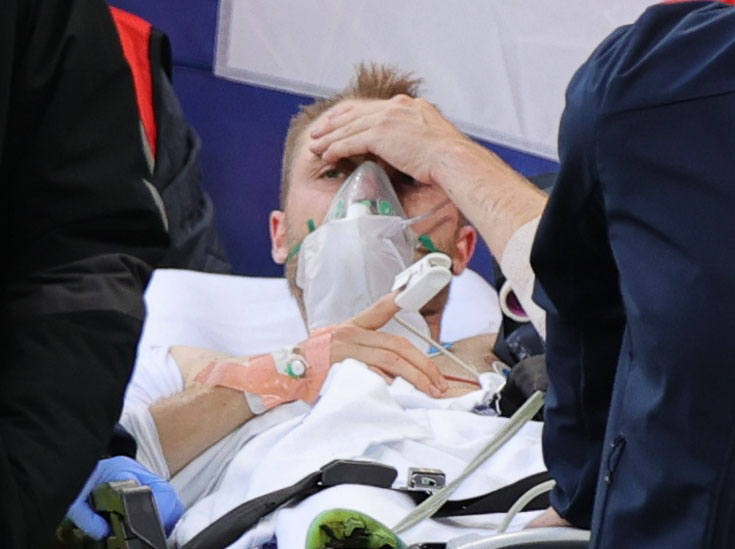 Europe's football chiefs said the game was "suspended due to a medical emergency which involved Denmark’s Christian Eriksen".

Uefa added: "The player in now in hospital and in a stable condition.

"UEFA wishes Christian Eriksen a full and speedy recovery and wishes to thank both teams for their exemplary attitude." 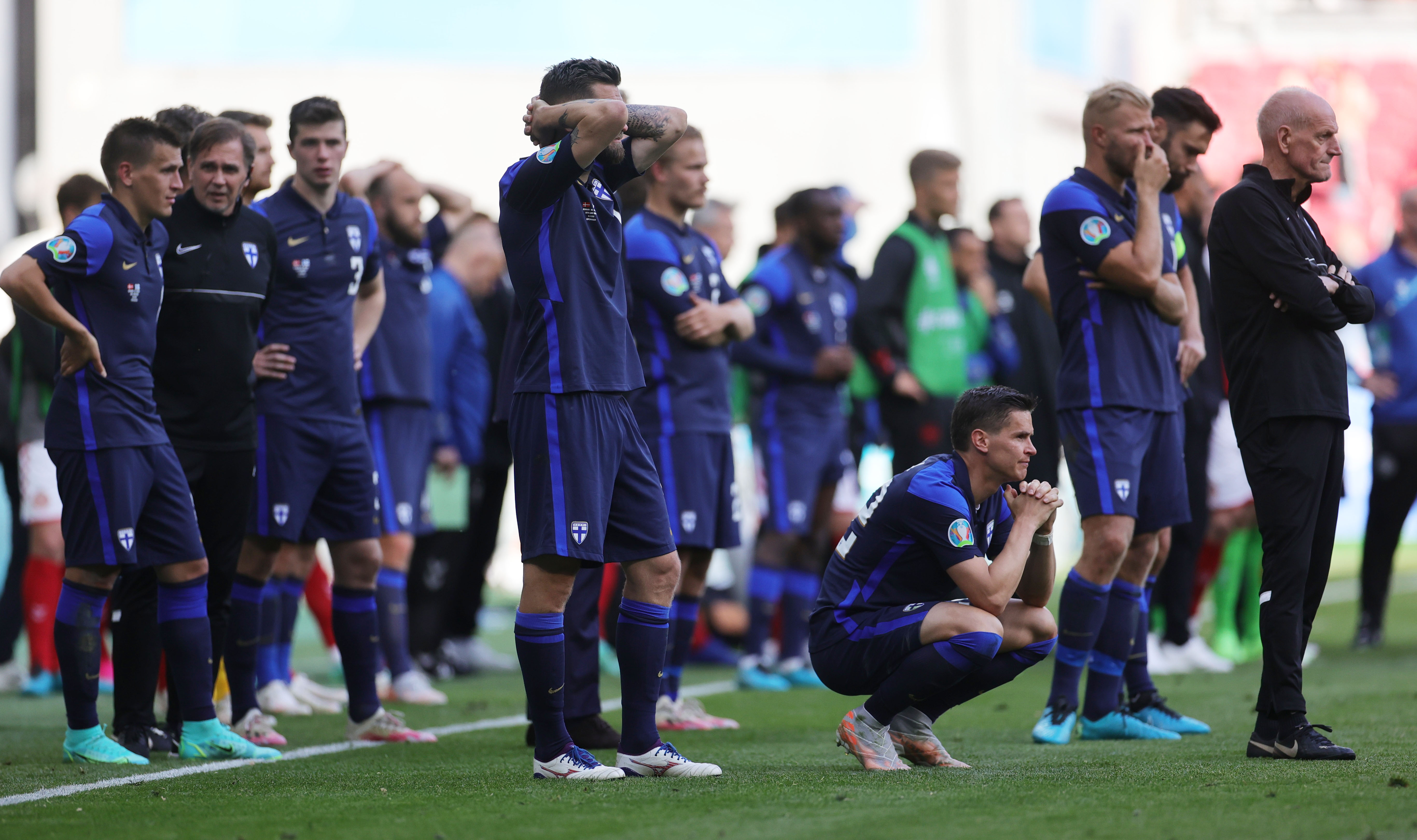