Kirby’s brace and a Sam Kerr hat-trick were among the goals that saw the league champs seal an emphatic 6-0 victory- the largest marginal win in the competition’s history. 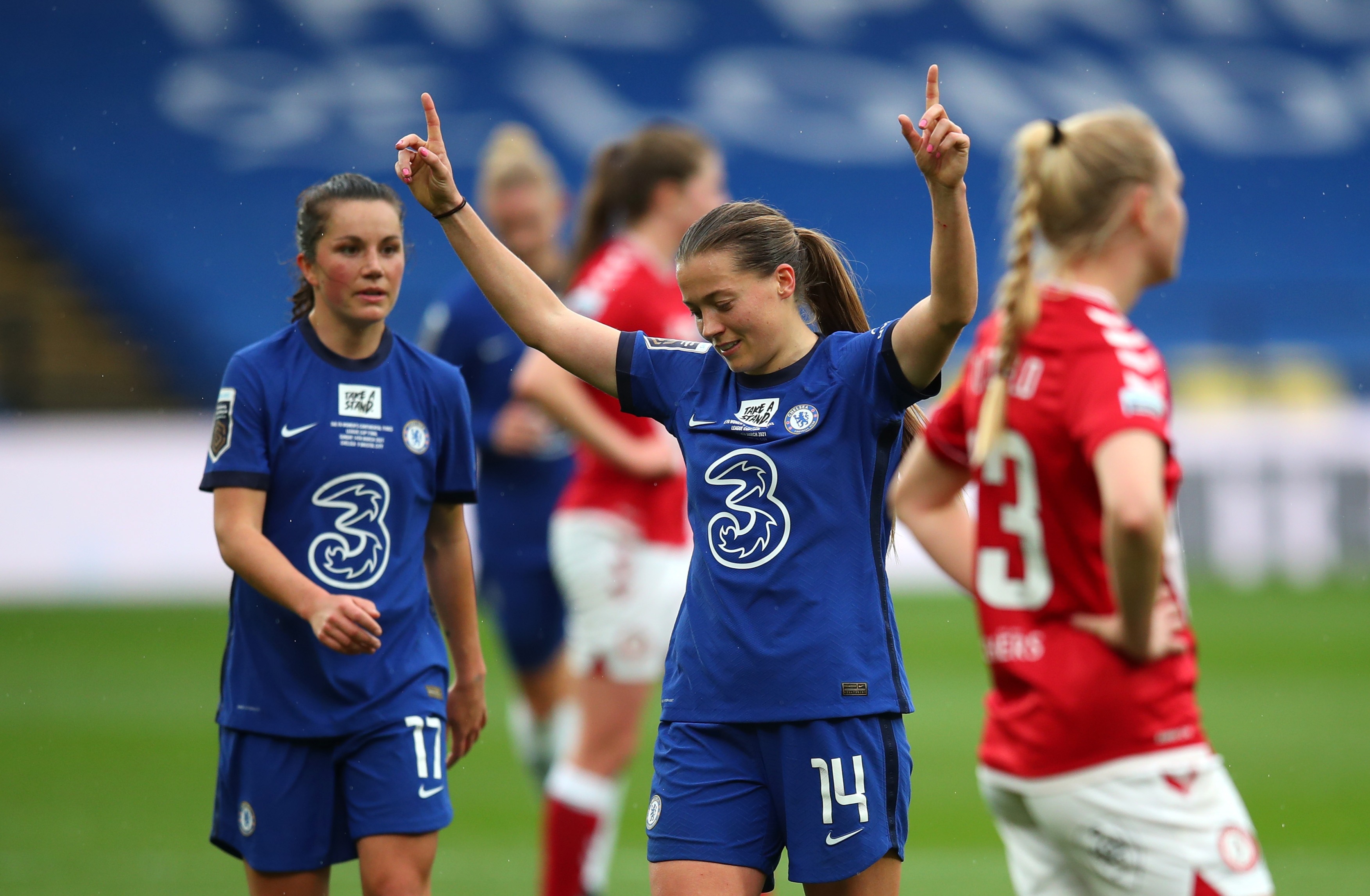 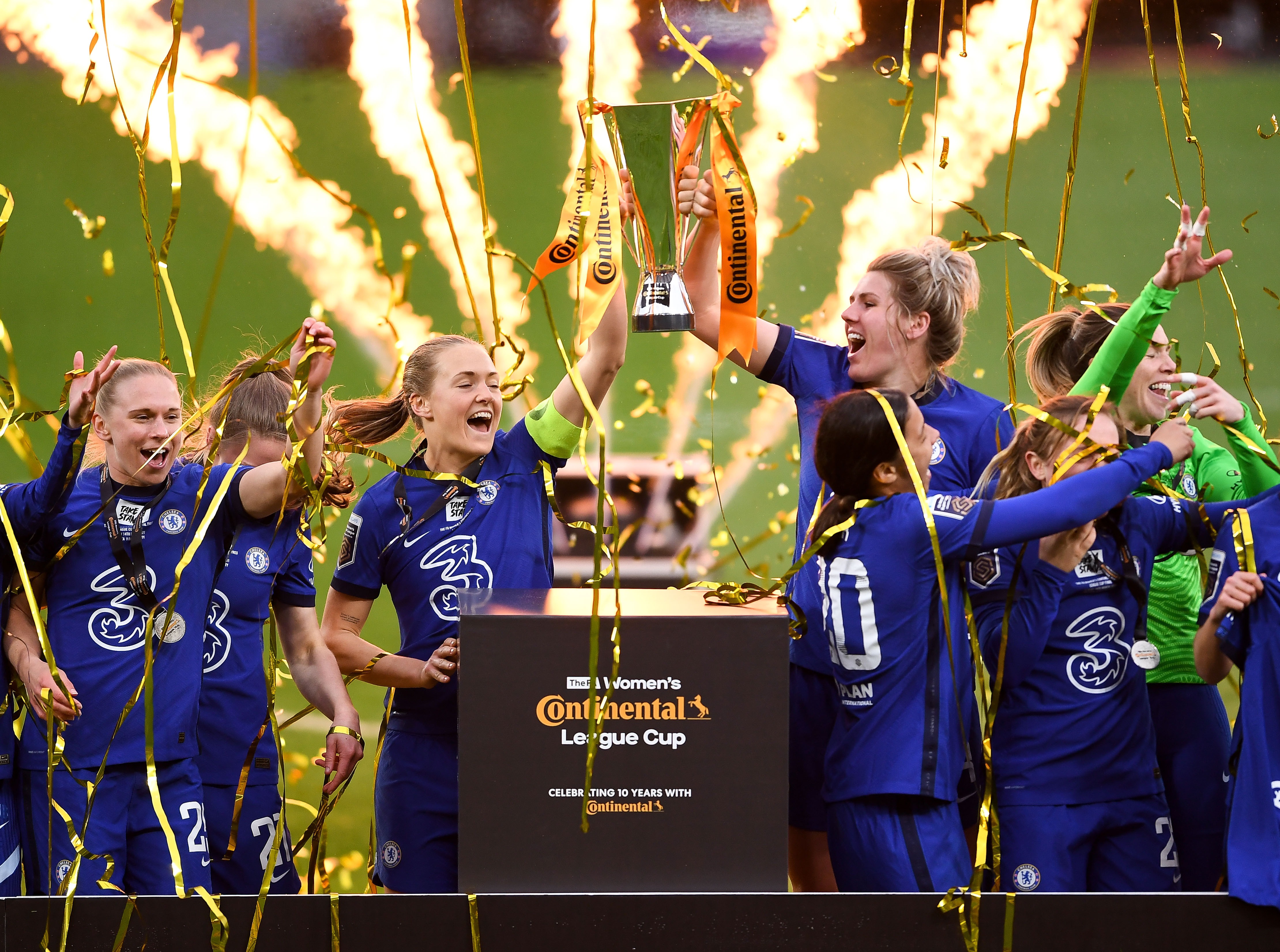 But the result was overshadowed by Maren Mjelde being stretchered off.

The Norway skipper shrieked after appearing to twist her knee following an innocuous challenge from Aimee Palmer.

Hayes said: “Maren is at the hospital and I think we will probably have to wait until the pain subsides before they can do a scan.

“I don’t have any update.

“Maren is a hugely popular member of our team and a mother hen who is admired by all.

After signing a new deal last week Kirby said it was nice that the club wanted to keep her.

Given her clinical contribution, it is hard to imagine Chelsea letting her go. 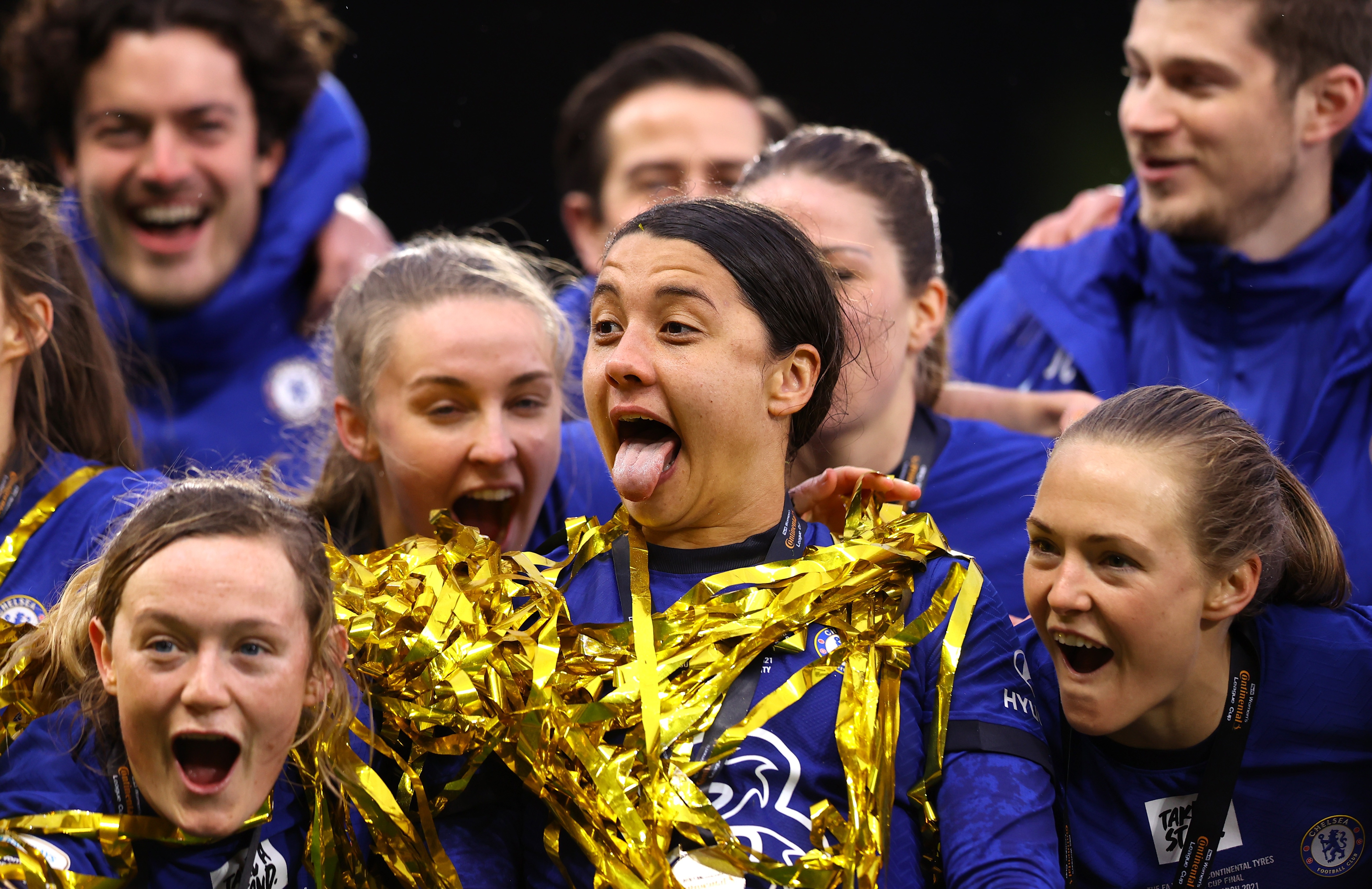 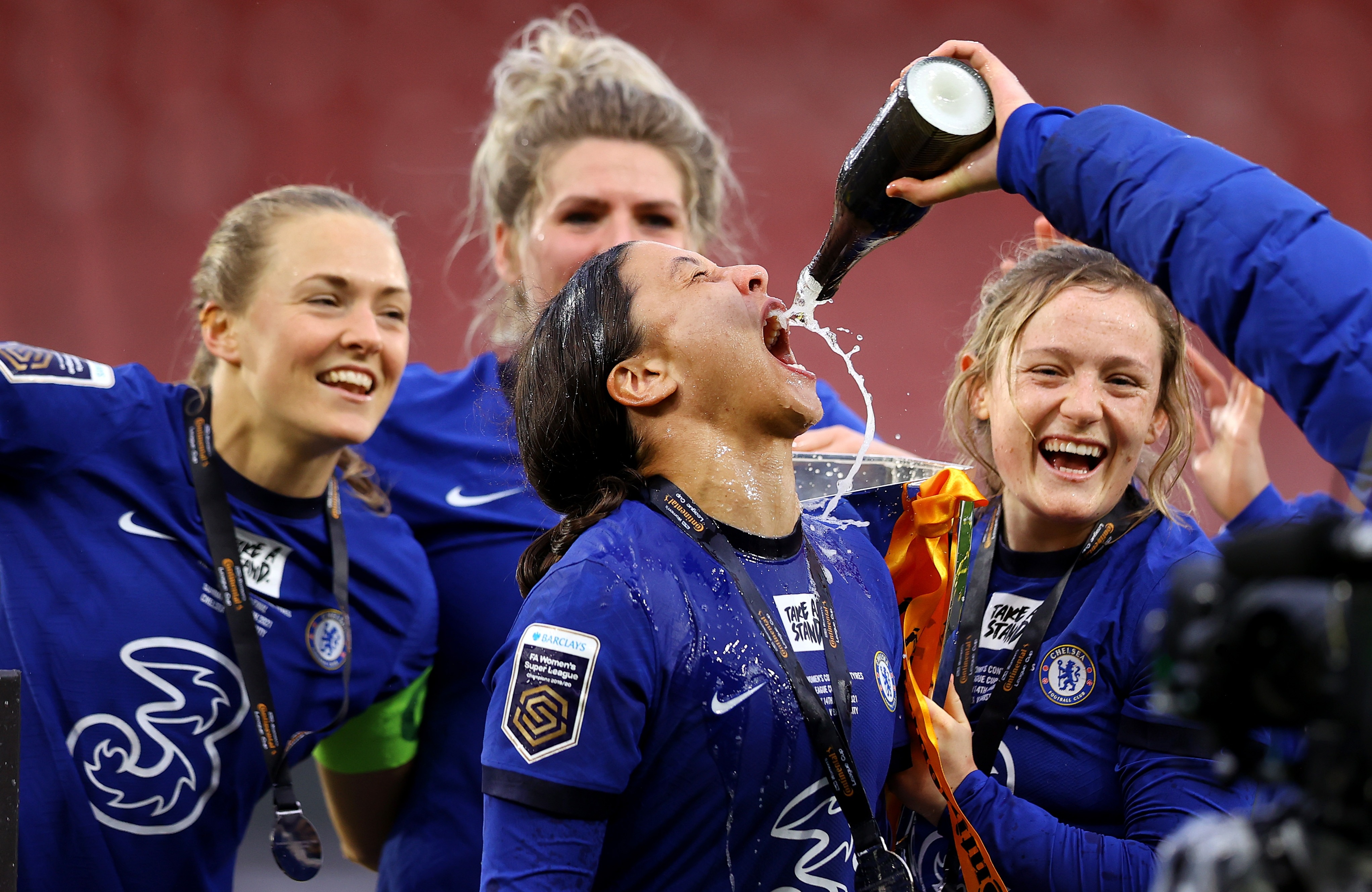 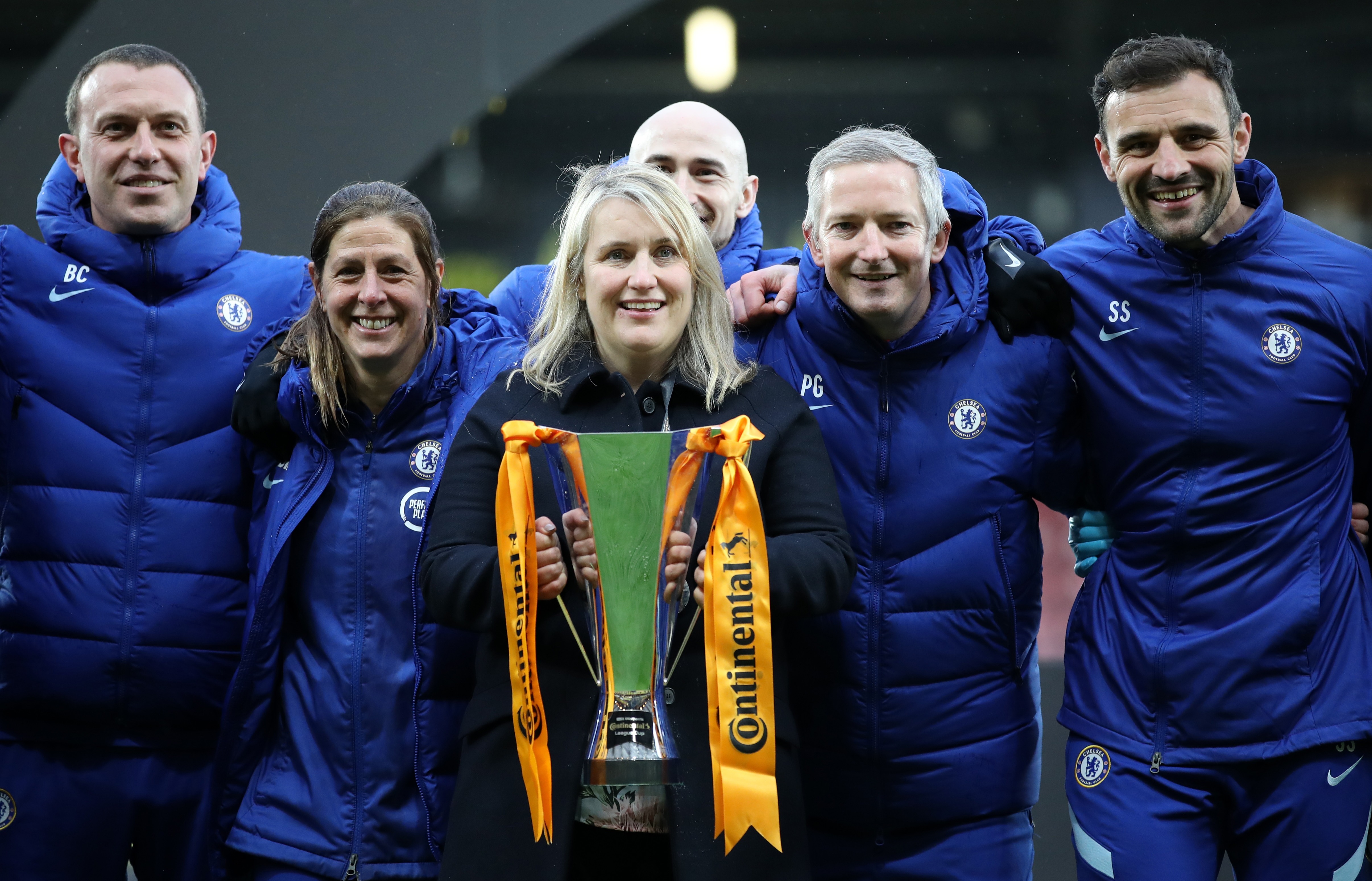 The England ace pointed to the sky in honour of her mother for the celebration of her first goal.

When Fran was 14, her mother died suddenly from a brain haemorrhage.

Hayes added: "I wrote a card to every player this morning for Mothering Sunday, including Fran and Carly.

“I thought she (Fran) was amazing today.

“She always is. I don’t think you can underestimate the impact of losing a mum at that age

“I have always felt the one thing Fran needed from me rightly or wrongly was the maternal eye and that was the commitment I made to myself about what I was going to do for her.”

And she went on before setting up Sam Kerr to register her brace in the 35th minute.

And they had a couple of decent chances to reduce the deficit with Ebony Salmon stinging the palms of Ann-Katrin Berger in the 57th and 70th minutes.

But any hopes the Robins had of not conceding any further goals were blown away by Sam Kerr’s sealing her hat-trick in 48th minute.

Robins boss Matt Beard said:  “I felt we showed them a little bit too much respect early.

“If you look where they are and where we are, there’s a big gap there.

“With the position, we’ve been in in the past year or so, they deserve an awful among of credit for getting here.”