ENGLAND stars Harry Maguire and Jordan Pickford got the chance to put their boots away and get their clubs out as they played a round of golf with Shane Lowry in Dubai on Monday.

Irish pro Lowry posted an Instagram photo of himself, his doubles partner Brian Moran, and the two Prem stars at the Els Club at Dubai Sports City. 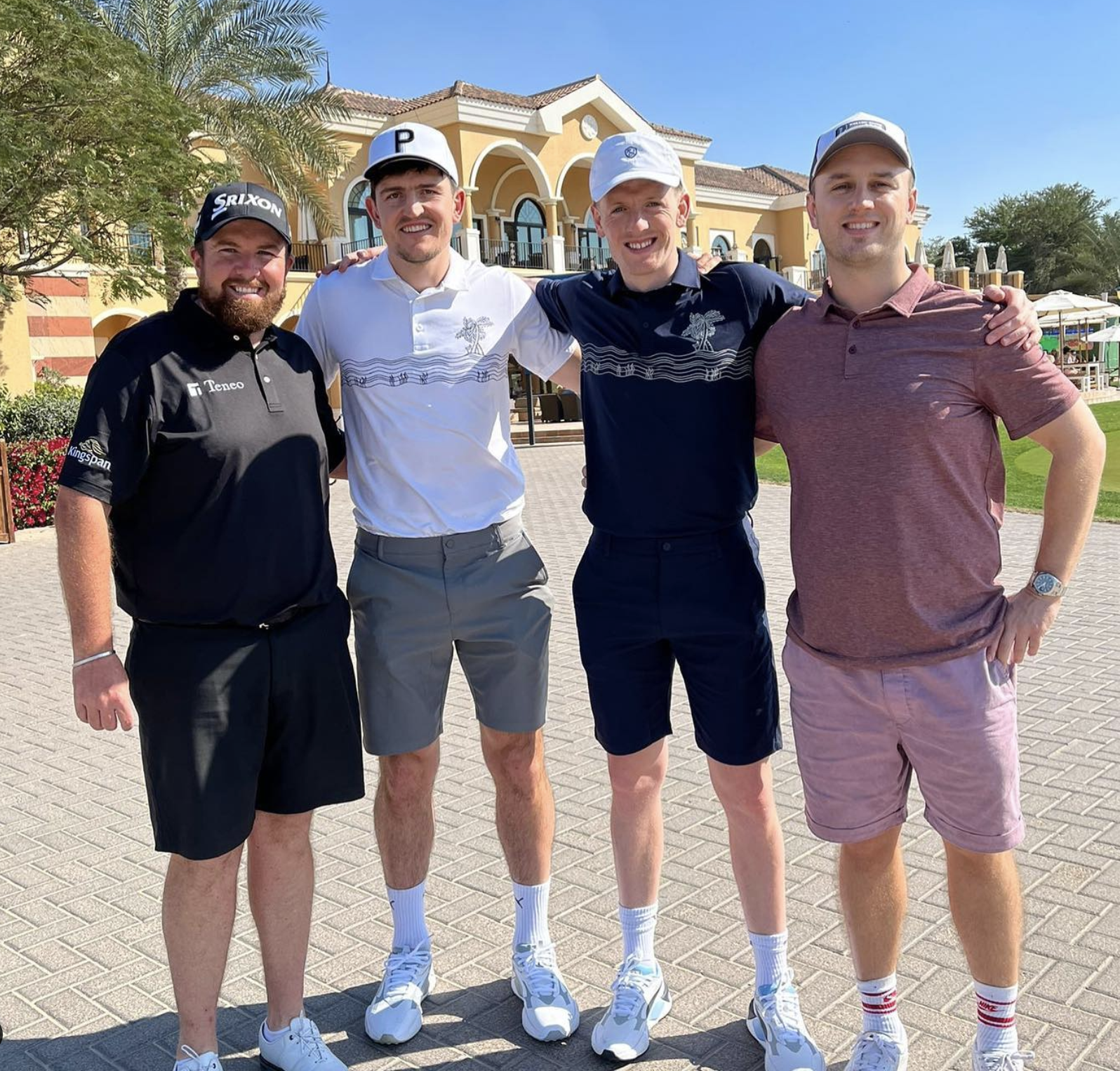 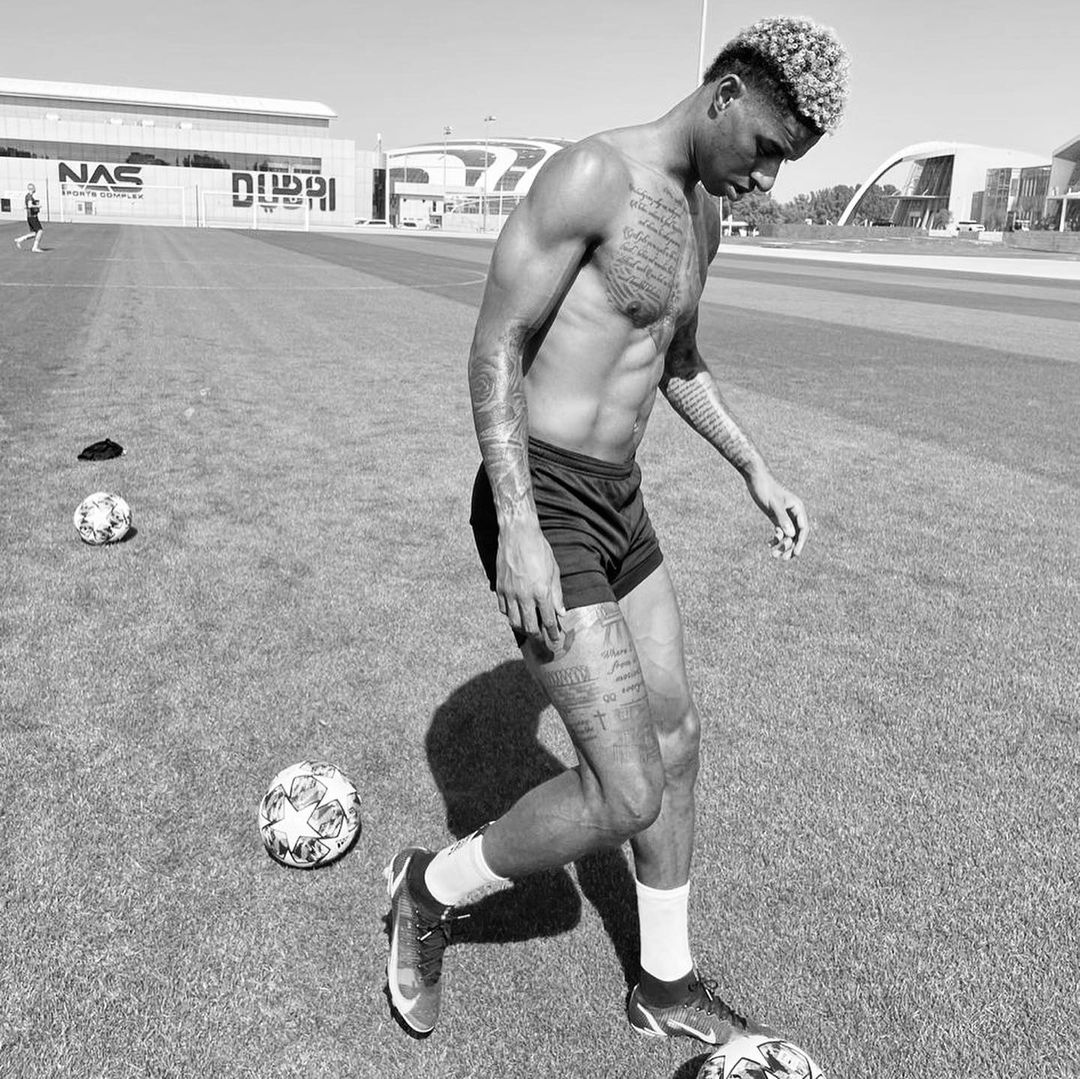 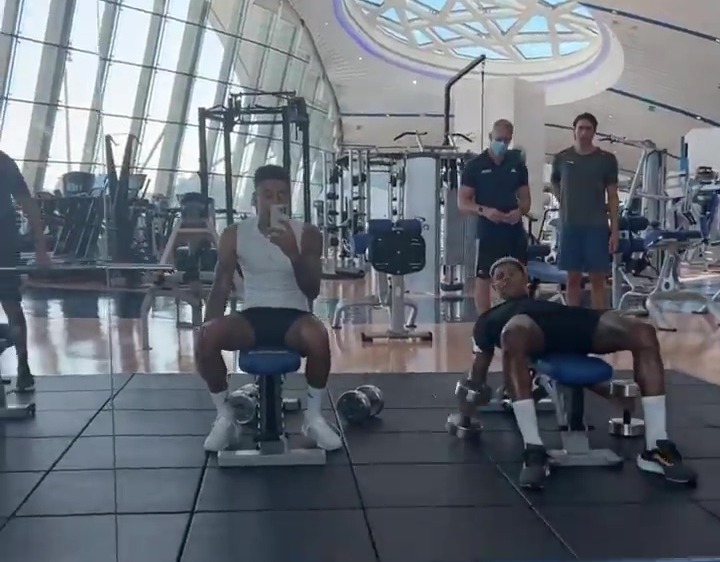 Lowry, 34, was in the city after finishing tied 12th at the Abu Dhabi HSBC Championship on Sunday.

Manchester United defender Maguire, 28, is one of a number of Prem stars who have jetted out to the United Arab Emirates for some warm-weather training.

Lowry revealed he and Moran had got the better of Maguire and Everton keeper Pickford, 27, on the gold course.

Maguire commented: "We'll get revenge on our home patch."

Prem players are on a winter break with no games scheduled this weekend.

BETTING SPECIAL – GET £40 IN FREE BETS ON THE AFCON

And Maguire's Red Devils team-mates Marcus Rashford, 24, and Jesse Lingard, 29, have also posted photos of themselves working out in Dubai.

A topless Rashford practiced his skills on a sun-soaked and perfectly manicured pitch, and also joined Lingard in a gym for some weight training.

United outcast Lingard has been heavily linked with a move to Newcastle this month but it has been reported he does not want to join the Toon on a permanent basis.

The Red Devils might also be about to say goodbye to France forward Anthony Martial after he reportedly agreed to join Serie A giants Juventus.