A group of bridesmaids are left ‘fuming’ when the groom makes them wear £5 white dresses which have been scrawled on in felt tip pen in Don’t Tell the Bride.

In Monday’s upcoming episode of the E4 show, fun-loving groom Liam, 24, wants a wedding day that really celebrates his one true love… his homeland, the Isle of Wight.

However, his sensible and unsuspecting bride Kandi, also 24, wants a more conventional day, and something traditional to celebrate them as a couple.

But when the bridesmaids see the grooms attempts to tie their dresses into his theme, they are almost reduced to tears – and opt to wear their own mismatch dresses instead.

‘Why does it look like fancy dress?’ rages one. What the hell is this? OMG he’s a d**k. This is not a dress. This is a t-shirt to take to nursery and let your child draw on it.’ 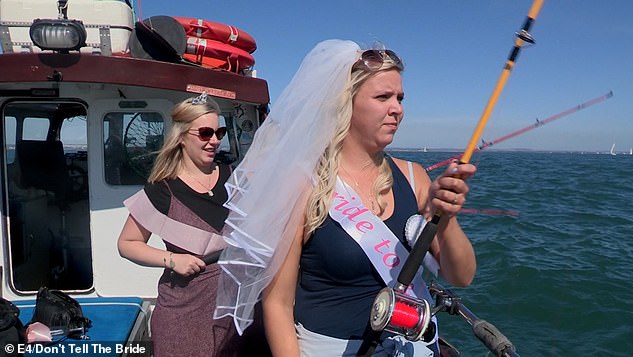 Kandi and Liam, 24, from the Isle of Wight, feature in Monday’s episode of E4’s Don’t Tell the Bride. However, the bride-to-be is less than impressed when she’s sent on a fishing trip for her hen do (pictured) 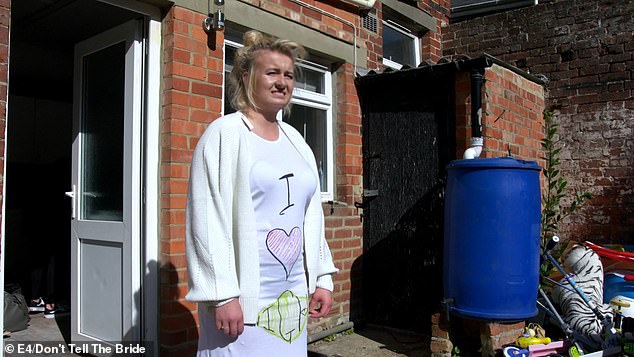 Speaking of her dream day. Kandi explains: ‘On my wedding day I would love a big manor house with nice gardens – it’s got be special. It’s a wedding and weddings are special.’

However, Liam has other ideas and sets out to plan the ultimate Isle of Wight, white wedding.

With the help of his best pal Neil and just £13, 000, Liam has just short of three weeks to pull the big day together.

However, he falls at the first hurdle when he spends minimal money on cheap white bridesmaid dresses, before his best man colours them in with felt-tips pens to ensure they fit the theme. 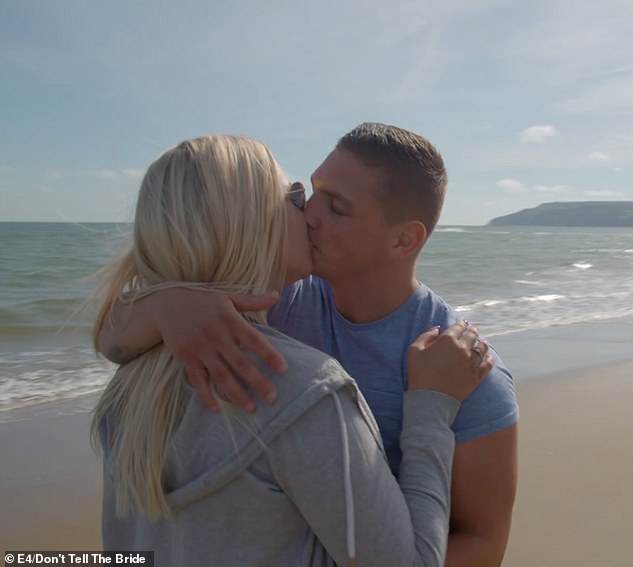 Liam has the help of his best pal Neil, £13, 000 and just three weeks to organise the wedding of Kandi’s dreams (pictured together) 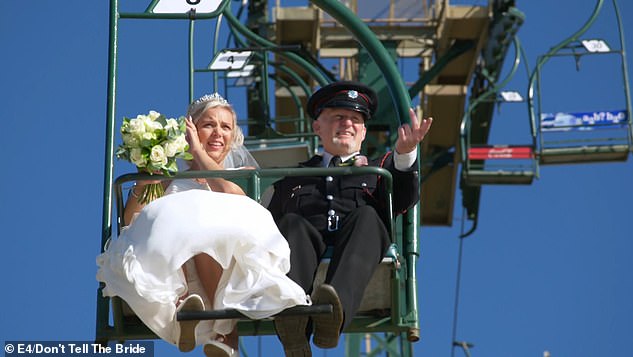 In an array of colours, he scrawls ‘I <3 Isle of White’ across the front of them – and finishes it off with his signature.

‘You look like Picasso mate,’ Liam jokes. ‘I couldn’t have picked a better person to sort those dresses out because he’s doing a cracking job. The value of those dresses has gone through the roof now.’

But when the bridesmaids and the bride-to-be set eyes on them for the first time, they beg to differ.

‘Why are we wearing white on your wedding day?’ says one. ‘And they’ve drawn that on themselves. I’m fuming. I think it’s really disrespectful.’

‘We’ve got three hours until the wedding. The dress is vile. It’s not even a dress. It’s a number one rule on the wedding day that the bride is the only person in white. So why is there four of us trailing behind her in white? 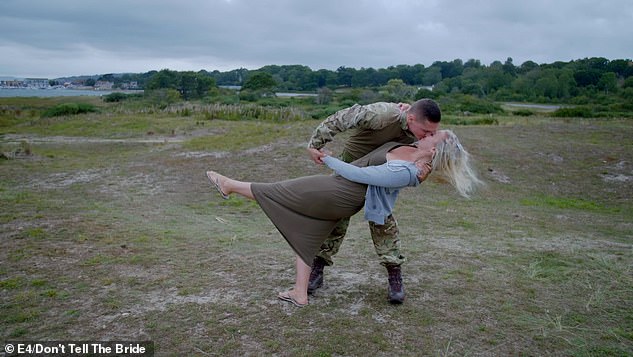 While Kandi is loved up with her husband-to-be (pictured), she’s left fuming when she’s sent on a fishing trip for her hen do 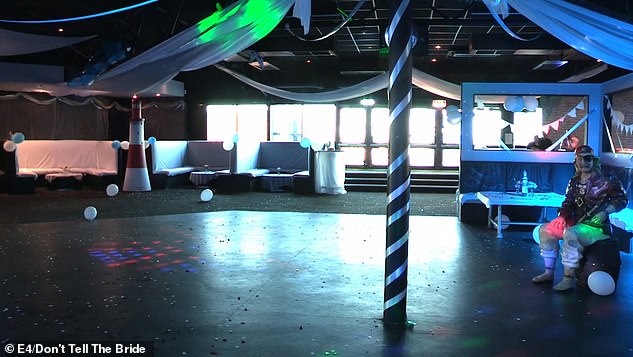 Despite all of the negatives, Kandi is delighted with the big day and thanks Liam for being able to pull it off (pictured, the reception)

And things go from bad to worse when Liam takes the lads out for a game of paint-balling on his stag do, whilst he leaves his bride and her hen-party to go on a fishing trip at sea.

‘This ain’t funny,’ says Kandi. ‘This is s**t. This is typical Liam thinking about himself. The boys are going to be sat in the pub – and we’re fishing. So far, he’s not thought about me at all. I’m not happy.’

And on the big day itself, Liam has another surprise for his bride-to-be – by making her get a chair lift – in her gown – down to the boat which will take her out to sea for the ceremony.

But despite everything, Kandi seems delighted with Liam’s efforts and says they’ll ‘never going to forget’ the day.

‘Thank you so much,’ she gushes. ‘I never thought Liam could pull this off. And the Isle of Wight wedding…the theme’s alright!’