Uh oh! Grimes and Elon Musk’s chosen name for their newborn son, X Æ A-12, might not be accepted in California.

According to the state’s constitution, monikers can only use the 26 letters of the English alphabet. The engineer, 48, owns multiple residences in the state, from Los Angeles to San Francisco, although he recently tweeted about selling his homes and belongings.

The entrepreneur and the “Genesis” singer, 32, announced on Monday, May 4, that they had welcomed their first child together. (The South Africa native already shares twins Griffin and Xavier and triplets Damian, Saxon and Kai with his ex-wife Justine Musk.) 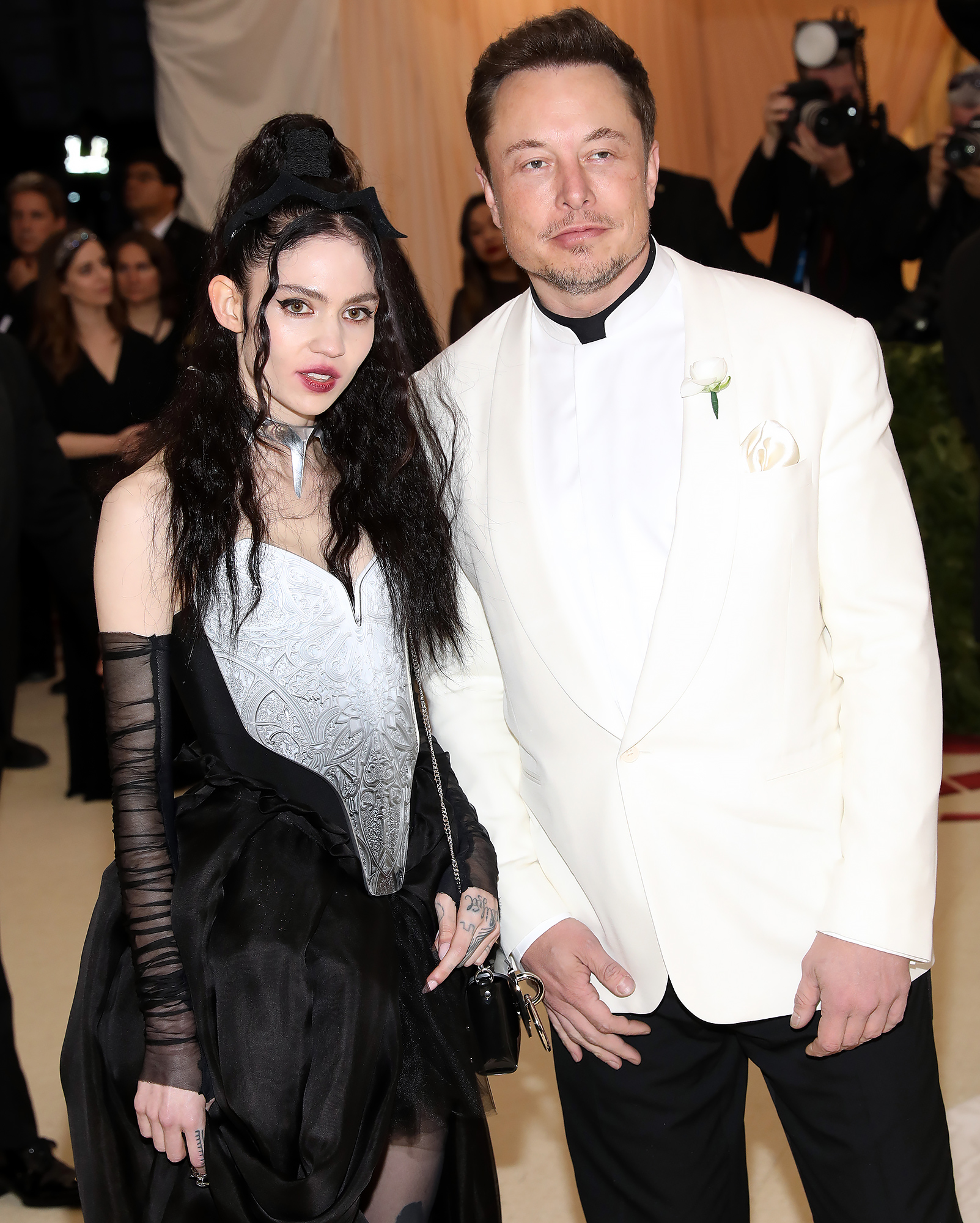 “Mom & baby all good,” the billionaire tweeted at the time. He went on to post a photo of the infant with a filter giving his sleeping son face tattoos and long eyelashes. He also shared the little one’s name.

Grimes, whose real name is Claire Boucher, opened up about the inspiration behind the unique moniker on Tuesday, May 5, via Twitter.

“X, the unknown variable,” the singer, 32, tweeted at the time. “Æ, my elven spelling of Ai (love &/or Artificial intelligence). A-12 = precursor to SR-17 (our favorite aircraft). No weapons, no defenses, just speed. Great in battle, but non-violent + (A = Archangel, my favorite song) (metal rat).”

The Canadian musician went on to write, “I think it sounds like the name of the main character in the story. I hope he vibes with that. OK, going back into the pain/ beauty reverie for [some] time, just came on to add my thoughts. Peace to all.”

Elon replied to the tweet to correct a typo the following day, writing, “SR-71, but yes.”

The SpaceX founder went on to call his girlfriend a “powerful [queen],” after Grimes replied to the Wednesday, May 6, tweet: “I am recovering from surgery and barely alive so may my typos b [sic] forgiven but, damnit. That was meant to be profound.”

The couple made their first red carpet appearance in 2018. The “Oblivion” singer revealed her pregnancy news in January with a topless baby bump photo.