A distraught mother has told how she blames herself after her only son was found hanging in front of her house.

Tragic Lee Mulligan had been in good spirits celebrating mum, Jane’s 60th birthday just hours before being found hanging in her garden.

Troubled Lee, 34, had been struggling to cope with gambling and alcohol addictions.

His grief-stricken mother, Jane, 60, is racked with guilt over his death after appearing with Lee in a hard-hitting BBC documentary about her own battle with booze, which she conquered over 20 years ago. 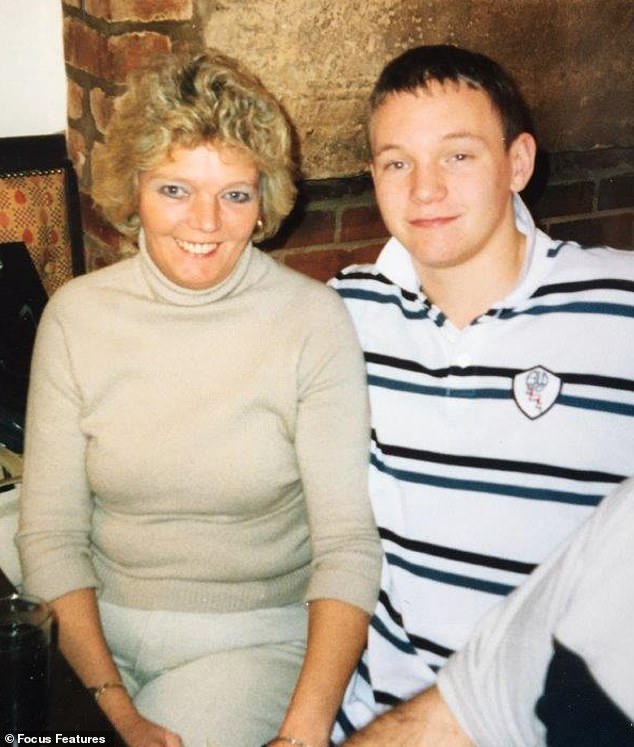 Jane, 60, from Lancashire, has revealed that she’s battling guilt following the death of her son Lee Mulligan, 34. Pictured: Jane with Lee 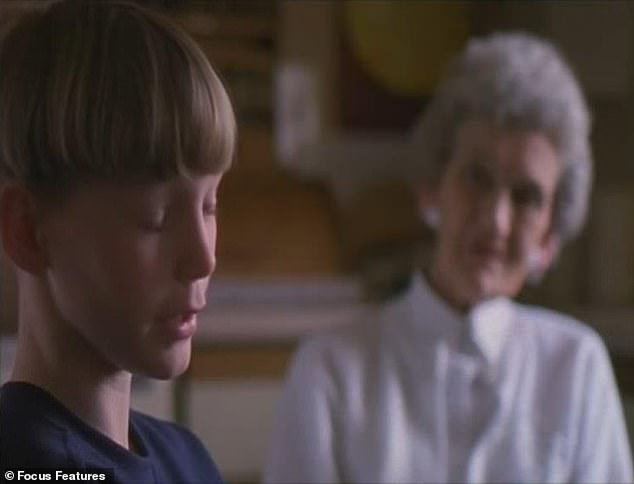 Lee was secretly bullied and turned to alcohol to cope, after appearing in a BBC documentary about his mother’s battle with booze at age 13. Pictured: Lee in the hard-hitting film

She had believed the documentary was a positive experience for their whole family – but Lee had been bullied afterwards and secretly turned to alcohol himself, to cope with his turmoil.

Jane says: ‘I had always thought appearing on national TV was the best thing that ever happened to us.

‘But I found out years later that the show emotionally scarred my son and he was bullied at school because of it.

‘I went on the show to try to help and to heal our family – but it led to my son’s death. I will never forgive myself.’

Lee was Jane’s only child and as a child was full of full and energy and was always on the go. She and Lee’s dad, Terry, divorced when Lee was nine, but remained close.

Jane, from Lancashire, says: ‘I had a drink problem and wanted to get help. Lee was keen to take part in the programme too. I thought the documentary was a positive experience for us both. 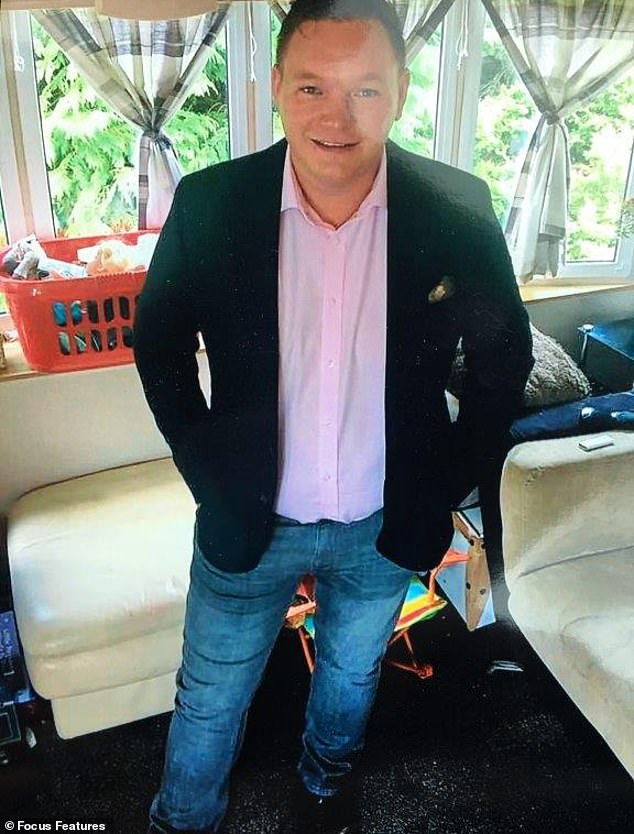 Lee, 34, (pictured) seemed to be doing well from the outside. He had a partner and children, and was running a successful online business

The film followed Jane as she bravely battled with her demons. It shows an emotional interview with her and 13-year-old Lee. She never touched a drop of alcohol after the film.

But unbeknown to Jane, Lee was bullied after the film and struggled to make friends at high school. But he kept all his problems to himself.

To the outside world, his life seemed to be going well; he had a partner and children, and ran a successful business selling football products online.

In 2017, his relationship broke down and, distraught, Lee confided in his mother for the first time. 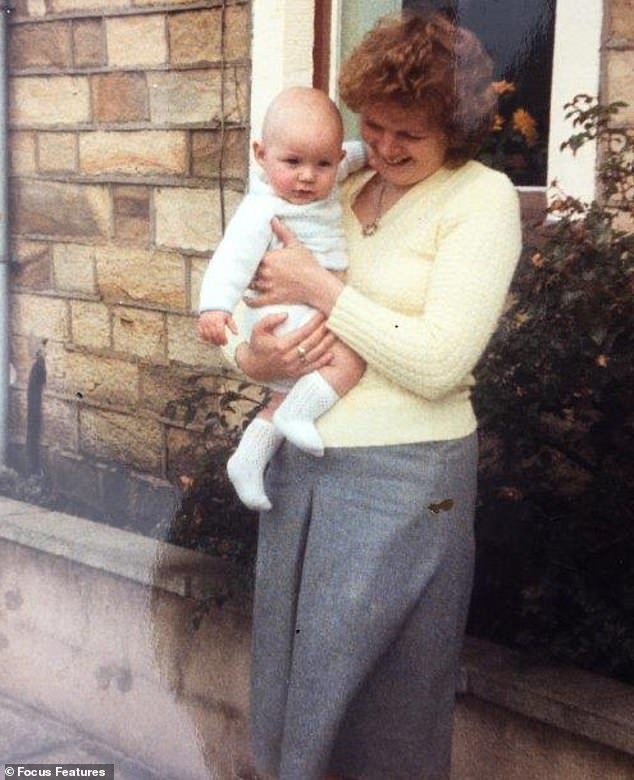 Lee confided in his mother that he was drinking too much, after the breakdown of his relationship in 2017. Pictured: Jane with Lee as a baby

Jane says: ‘Lee broke down and told me he was drinking too much. I was so shocked. He had always been so anti-booze after my problems, and I could not believe it had happened to him too.

‘He described himself as functioning alcoholic and from the outside looking in, her was fine. He had a nice life.

‘But it unravelled very quickly and he lost his girlfriend, his children, and his business.’

Lee completed a detox in 2018 and went back to live with his mum. During the detox, he decided to write his life story – in which he confessed that the documentary had ruined his childhood. 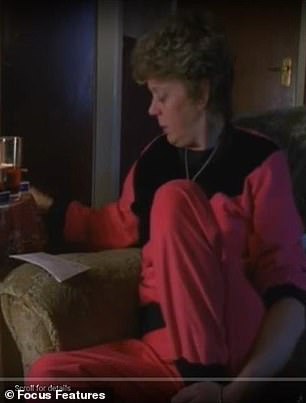 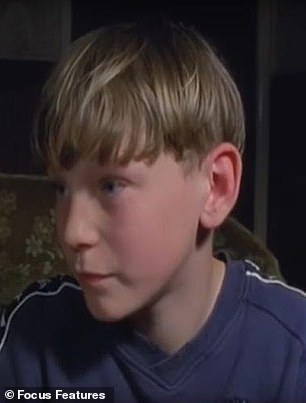 Jane was devastated when Lee revealed how his life had fallen apart after they took part in the documentary. Pictured: Jane and Lee in the BBC film 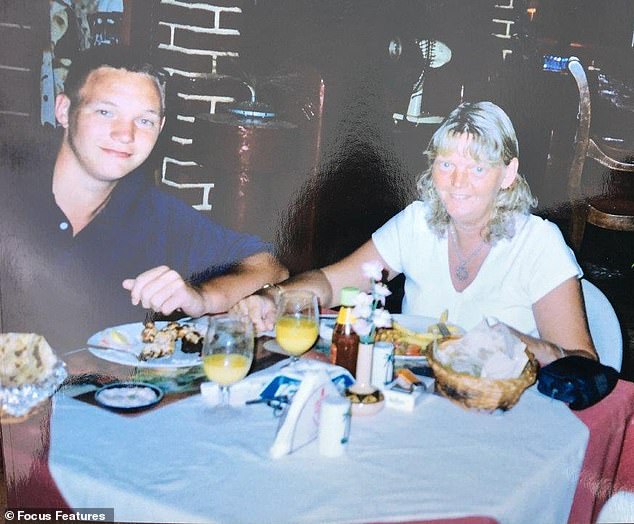 Lee became addicted to gambling in his efforts to fund his alcohol addiction and stole money from his mother. Pictured: Lee with Jane

‘Lee confessed that his life had fallen apart after the documentary; he had been teased at school and he had struggled with the notoriety it brought.

‘I was devastated. I had thought the film had saved our family – but it had ruined Lee. I told him I’d support him all the way and we’d get him better.

Jane says: ‘He became more and more depressed and said he couldn’t live without his children. He had written his life story whilst in rehab and told me how the other kids laughed at him at school, saying his mum was a drunk. It broke my heart.’

Lee also became addicted to gambling, to try to fund his alcohol addiction. He stole money from Jane, but she was determined to support him. 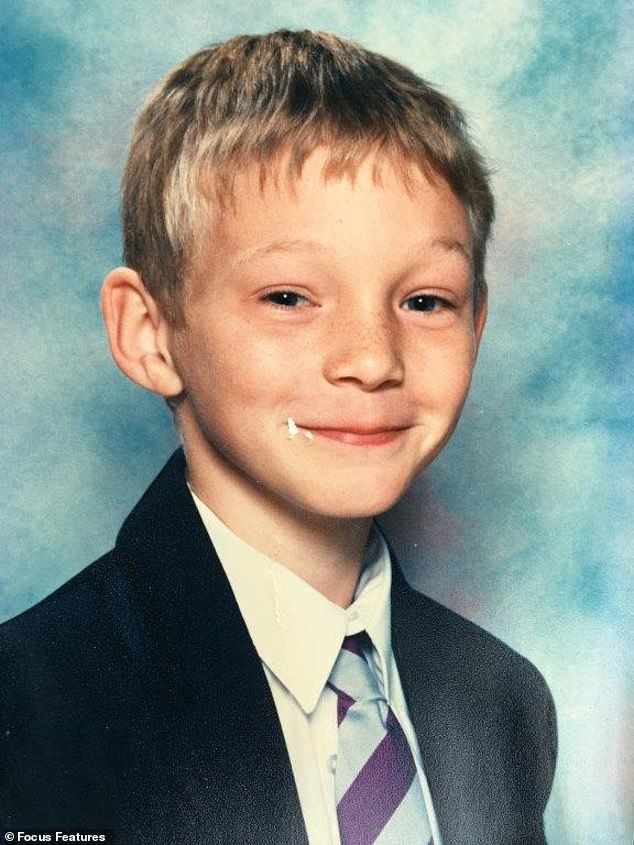 In December last year, Jane celebrated her 60th birthday. Lee had seemed in good spirits and they went out for a meal, but hours later, was found hanged in Jane’s front garden, by an off-duty policeman.

At the time, she was on the phone to her bank, investigating withdrawals on her card, made by Lee without her consent.

An inquest at Burnley Magistrates Court last month heard Lee had suffered with drink and gambling problems for some time but was using the withdrawal drug, Librium, to wean himself off alcohol.

In 2018, he sought help by going to rehab for three months, and came out a completely different person, a lot better in himself and determined to win his battles, it was heard. 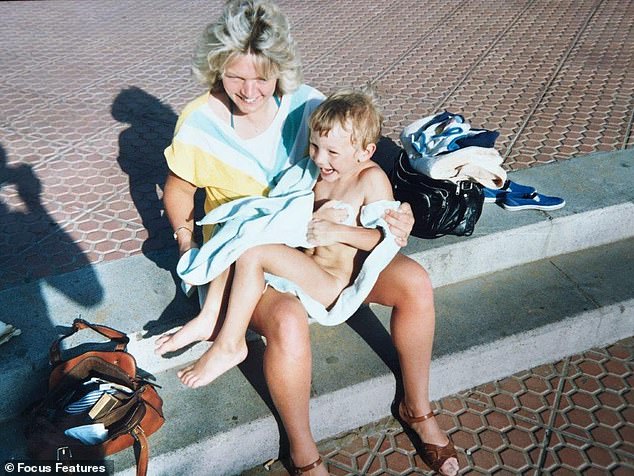 Lee spent three months in rehab in 2018 and was determined to win his battle, it was heard at an inquest at Burnley Magistrates Court last month. Pictured: Lee as a child with Jane 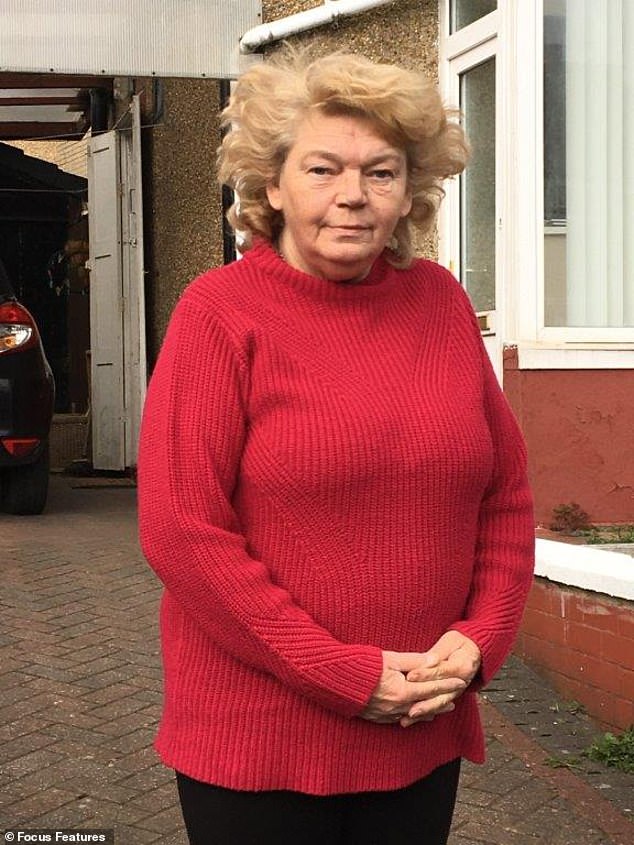 Jane (pictured) said she will carry the weight of Lee’ death forever, he was her only child and she adored him

However, not long after being discharged, his partner informed him she no longer wanted to be with him.

The inquest heard he would often use his mother’s bank card in order to gamble online, the final time being the night before his body was found outside her house.

Jane told the inquest: ‘When he realised, he’d emptied my bank account that must’ve been the last straw.

‘One day about a year ago he said to me ‘mum, I don’t belong here, please give me your blessing, let me go’.

Coroner Richard Taylor told the hearing that Mr Mulligan had trouble ridding himself of his addictions and recorded a verdict of suicide.

Jane says: ‘He was my only child and I adored him. I will carry the weight of his death with me forever.’ 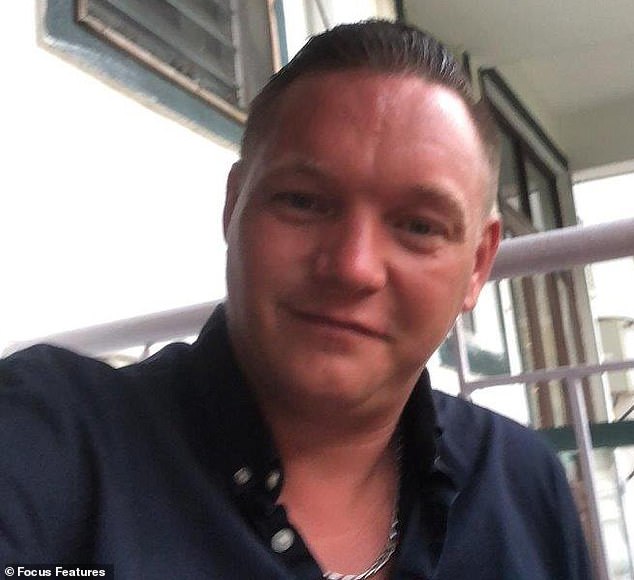 Coroner Richard Taylor told the hearing that Lee (pictured) had trouble ridding himself of his addictions, determining his death a suicide