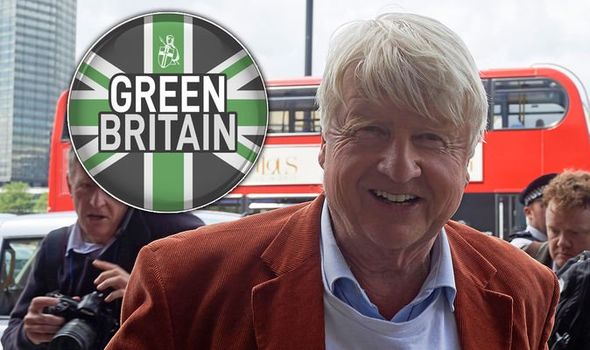 Stanley Johnson, a lifelong conservationist, teamed up with 50 major organisations to demand a legally binding target to halt and begin to reverse the decline of nature in England by 2030. Mr Johnson has promised to protect 30 percent of the UK for nature by that date – but was warned by Plantlife chief executive Ian Dunn:  “Warm words must now be backed up by hard-edged action.”

In an open letter to the prime minister, groups from the RSPB to Whale and Dolphin Conservation praised his work on the world stage pushing the green agenda.

But they said he needs to set the world an example in the run-up to the G7 summit of industrialised nations in Cornwall in June and the delayed Cop 26 climate summit in Glasgow in November.

Their State of Nature campaign called on him to insert a clause in the Environment Bill to give legal backing to his commitments to protect nature.

Warning that previous high-profile commitments by world leaders to protect the environment have failed, they urged the public to sign their petition.

Their call comes with the Daily Express Green Britain Needs You campaign urging the Government to make more space for nature.

Alongside eco-entrepreneur Dale Vince, we are also raising money for a new woodland and heathland reserve for the RSPB at Horse Common in the New Forest.

“Now we need to do the same for biodiversity. Setting a target in law to halt and reverse the loss of biodiversity by 2030 would do just that and could come at the perfect moment ahead of global climate and nature talks.

“Of course, the Prime Minister’s pledge to protect 30 percent of land and sea will be a crucial part of achieving the target and should also be backed up in law. The Environment Bill would be a perfect place for the government to support or bring forward a 2030 target for nature.” 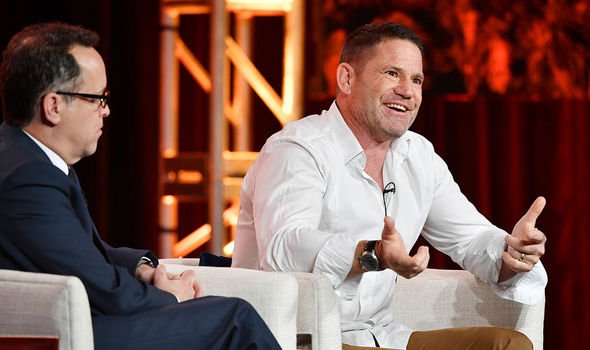 He was backed by TV naturalist Steve Backshall, who said: “Nature has become even more important to us all during the Covid crisis. But we need to look after nature too.

“So many times we’ve heard politicians say they will protect our natural world and help it to recover, but time after time we’ve seen the destruction of nature continue.”

The UK’s most recent State of Nature report said 41 percent of our wildlife is in long-term decline.

One in four British mammals faces extinction including once familiar species such as the hedgehog, red squirrel, water vole, hazel dormouse and grey long-eared bat.

In the letter, the groups, including The Wildlife Trusts, Mammal Society and Butterfly Conservation, wrote: “The Environment Bill has the potential to put your ambitions for nature on a statutory footing, including the goals you have championed on the international stage.

“Just as the UK led the way in creating the world’s first Climate Change Act, we can be the first country to set ambitious targets in law for the recovery of the natural world.

“Magnified through the lens of the UK’s COP26 and G7 presidencies, the bill could be a template for other countries.” 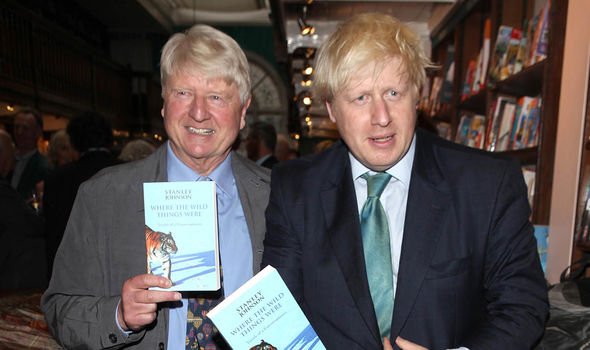 National Trust director-general, Hilary McGrady,  said: “ Nature is in decline, homes for wildlife are vanishing before our eyes and some of our most special and significant historical places are being exposed to extreme weather events like never before.

“The Government has ambitious plans – it wants to be a global leader for the environment this year and to have world-leading environment standards.  We can’t afford to procrastinate – we are desperate for these to be put into action.”

Woodland Trust chief executive Dr Darren Moorcroft said: “Nature is the cornerstone of our existence, but it is being depleted at an alarming rate.

“Biodiversity is declining faster than at any time in human history and our demands on nature continue to increase.

“Sadly, the UK has led the way in this – the demands we place on land over many decades has left us arguably the most nature depleted country in Europe.   Irreplaceable ancient woods continue to be threatened by development.

“This has to stop. Boris Johnson has asked world leaders to reverse the decline in nature yet seems incapable of bridging the gap between words on the international stage and action at home.”

The chief executive of Plantlife, Ian Dunn, said:  “With one in five British wildflowers threatened with extinction, and 97 percent of wildflower meadows lost, the need for legally-binding nature recovery targets to match the encouraging rhetoric could not be starker or more urgent.

Without a backbone in law, we will witness the extinction of iconic plants within a generation with a disastrous knock-on effect for wildlife.” 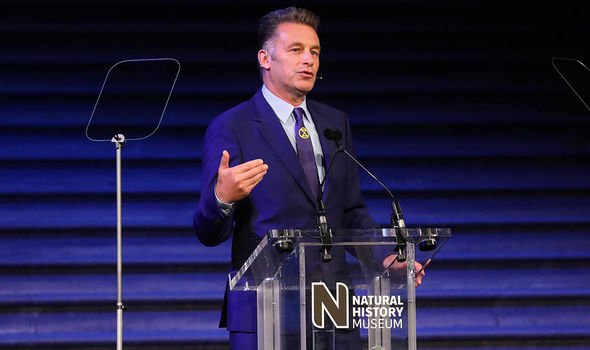 TV naturalist Chris Packham said: “Last year, the world spectacularly failed to meet any of our United Nations targets to protect nature. That was a disaster for wildlife, for the health of the planet, and for our own health and wellbeing.

“Now we have a chance to turn things around, with action to finally stop the destruction of wildlife by 2030. But the only way to guarantee the action our natural world needs is to put our promise to stop nature’s decline into law.”

WHAT YOU CAN DO…

YOU can help secure a part of the historic New Forest for wildlife forever as part of the Daily Express Make More Space for Nature campaign.

To help raise funds for the RSPB to buy and rewild this precious plot of land please send cheques made payable to: “RSPB” to Daily Express Horse Common appeal, RSPB, The Lodge, Sandy, Bedfordshire, SG19 2DL or donate via rspb.org.uk/expressappeal

There is another option which would let you raise money just by using your mobile phone. If you switch your mobile sim card to an Ecotalk + RSPB sim, the RSPB will receive donations every month for as long as you remain a customer. All of the profits are invested in nature and have helped the RSPB secure the Fairburn Tips, part of Fairburn Ings reserve in Yorkshire.

You can keep your current number – and all calls, texts and data will be powered with green energy from the wind and the sun. To raise money with the Ecotalk + RSPB sim, please go to www.ecotalk.co.uk/express