Home » Lifestyle » Galaxy S20 UK release this week: Here’s which model is best for you

The Galaxy S20 series was unveiled by Samsung on February 11 and comes in three models: the Galaxy S20, Galaxy S20+ and Galaxy S20 Ultra. Not only is each S20 model larger than its respective predecessor, but Samsung is really pushing each handset’s 5G capabilities this time around, too.

Samsung is making a concerted effort to improve three fundamental features with its new flagship series: battery life, display quality and camera performance. No matter which S20 model you pick up, you’re being treated to a cell that’s at least 4,000mAh in size, three or more rear cameras and a super smooth 120Hz refresh rate display over 6-inches.

While there’s a lot of similarities between each S20 model, there are also some pretty gaping differences, too. The new flagship series releases this Friday, March 13, in the UK and here’s an overview of each so you know which is best for you.

The Galaxy S20 and Galaxy S20 5G are the two cheapest models in Samsung’s new flagship range, and they’re also the smallest, too. Each comes with a 6.2-inch Dynamic AMOLED display that has a 120Hz refresh rate, meaning whether you’re navigating the phone’s operating system or playing supported games, things should feel incredibly smooth.

One quick thing to note about the S20 series’ refresh rate – you can’t use it in tandem with the full resolution of the panel, which is 1440p. That means you can only enjoy a higher refresh rate at 1080p or a 1440p resolution at 60Hz. You can’t max out both at the same time.

Just like its larger brothers, the S20 has ludicrously tiny bezels around its display and a hole punch cutout housing a single front-facing camera system. 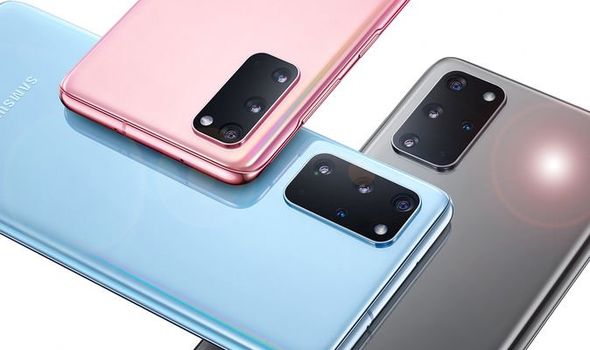 In what seems to be a trend for smartphones in 2020, the Galaxy S20 comes with a rectangular camera system on its rear. The module houses three sensors: a 12-megapixel primary, a 12-megapixel ultra wide-angle and a 64-megapixel telephoto.

While that means you’re missing out on the larger 108-megapixel main snapper present on the S20 Ultra, the regular S20 should be capable of taking great photos – if previous Samsung flagships are anything to go by anyway. That said, Express.co.uk has not tested the device at the time of writing.

You won’t have to worry about the regular S20 when it comes to performance – the device comes fitted with the same Exynos 990 chipset as its larger, and more expensive, brothers. It also comes with a minimum of 8GB of RAM, so it shouldn’t have a problem with keeping applications running in the background, either.

Who is it for? – Android fans that want a gorgeous display, fast performance and a good camera without paying upwards of £1,000 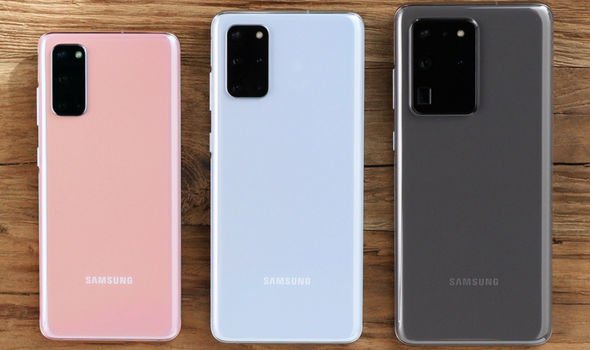 The Galaxy S20+ is the middle child of the S20 family. That means it doesn’t come with the best camera system or the largest display, but it’ll still cost you £200 more than the standard S20.

The S20+ comes in a single model that has 5G support and boasts a 6.7-inch Dynamic AMOLED display with the same gorgeous resolution and refresh rate as all the other S20 models.

Where the S20+ trumps the regular S20 though is where cameras are concerned – the handset comes with an additional time-of-flight (ToF) sensor that should make it better for mapping out depth. In a nutshell, that means it should be able to apply bokeh effects in portrait mode photos more accurately than its smaller sibling. Once again, this isn’t something Express.co.uk has tested, though.

It’s also worth noting the S20+ comes with a 4,500mAh battery compared to the regular S20’s 4,000mAh cell. However, it’s likely this won’t deliver a huge battery life improvement, if at all, when you factor in the phone’s larger display and 5G capabilities.

Who is it for? – Those that want a huge display but don’t care about the Galaxy S20 Ultra’s added zoom capabilities, or don’t think it’s worth the added cost

As the name suggests, the Galaxy S20 Ultra is for all Android fans that want the biggest and very best Samsung has to offer. The device comes with a colossal 6.9-inch display, a 108-megapixel primary camera, a 5x optical zoom and up to 16GB of RAM (that’s probably more than your laptop has, by the way).

To ensure the Ultra and it’s colossal spec sheet can make it through an entire day on a single charge, Samsung has fitted the phone with a gargantuan 5,000mAh battery.

Plus, the Ultra is the only member of the S20 family to support 45W fast wired charging, meaning you can get the device back up and running in practically no time at all. 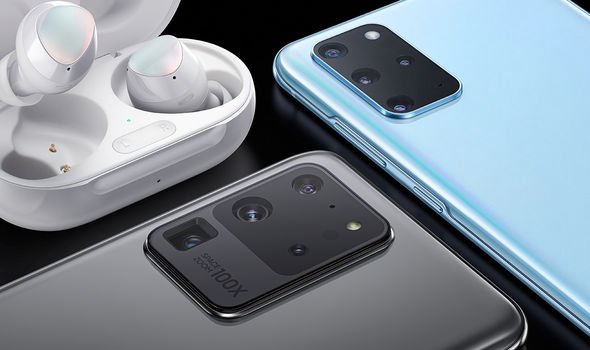 Express.co.uk has been testing the S20 Ultra for the past couple weeks and will bring you our full review in due course.

Who is it for? – Samsung fans that want every spec you can possibly imagine, and then some