Home » Lifestyle » GAA in lockdown: Thurles facing a summer like no other Of course, it is right and proper that there is no GAA action throughout the length and breadth of Ireland right now, and the importance of a nation’s past-time pales in comparison to a pandemic.

But that is not to say for one second we cannot feel aggrieved and hollow.

It’s mid-May. A time in the calendar when the championship springs into life. The small ball has taken centre-stage at this time in recent years. A seasonal peak of hurling snobbery has generally coincided with those of the big-ball persuasion lamenting the lack of football exposure under its counterpart’s shadow. Only for the cut and thrust of the football qualifiers to take hold in June.

But not this year. ‘The new normal’ replaces ‘Newbridge or nowhere’.

No crackers in Clones for now.

And Semple Stadium will not see a side-line cut, square ball or schemozzle.

But away from our own longing for action. The lack of games is having a very real impact on local economies. Several small provincial towns in Ireland host tens of thousands of fans throughout the summer months.

Take Thurles for example. Sunday afternoon would have been the first bumper crowd of the championship in ‘the home of hurling’, as the Tipperary hurlers were set to host Clare.

How a small provincial town of an 8,000-odd population frequently hosts crowds of almost 50,000 is quite the phenomenon; difficult to explain to somebody who has never been there.

The town is a mecca for hurling people. Traffic tailbacks to the Horse and Jockey. That all-elusive car-parking spot. A pre-match discussion in the square. The procession over the railway bridge. And into ‘Tom Semple’s Field’. All these are rites of passage for purveyors of the fastest field sport on earth. 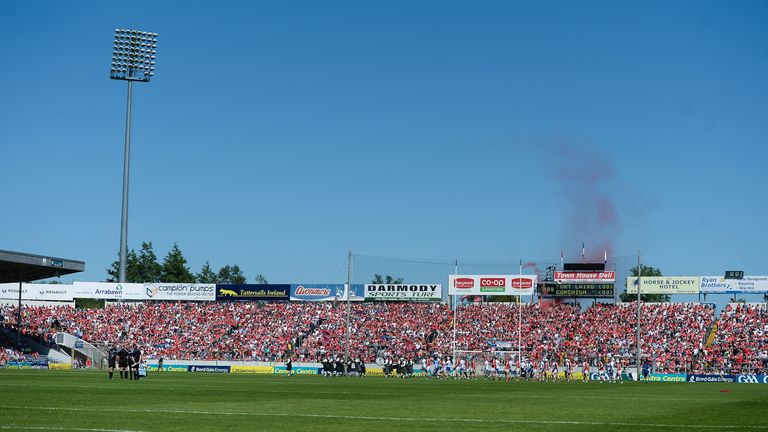 But as restrictions to limit the pandemic continue, the loss of that footfall in the town is a bitter pill to swallow for local business owners.

“It is going to be strange,” conceded Lar Corbett, contemplating a summer without matches in Thurles. The two-time All-Ireland winner with the Premier runs a bar in the town – a popular venue for match-goers.

But he feels local businesses should not be relying on bumper summer Sundays to balance their annual books.

“Like any town in Ireland, the GAA [and] hurling matches were a bonus when they came to the town. But it wouldn’t keep the door of your business open all year-round,” he explained.

“What keeps your business all-year-round is the support you get from the local economy, and the local people coming in.

“The matches coming to town, they’re a bonus on top of your actual business to keep the door open. That’s going to come down to the local support of people in the local towns.” 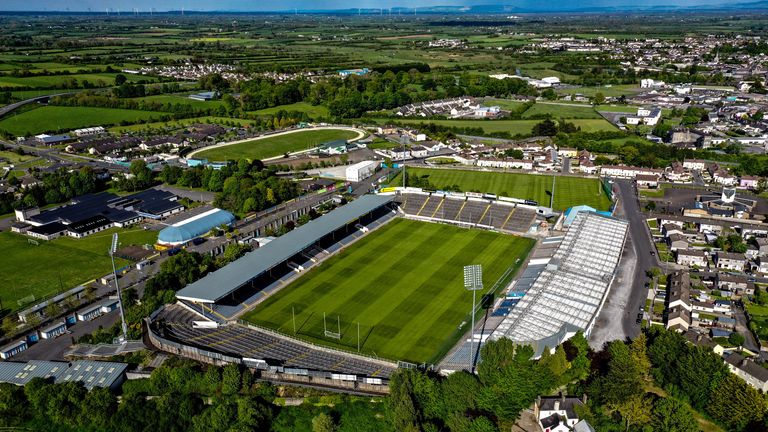 The 2010 Hurler of the Year feels it is an uncertain time for publicans, and all those working in the industry.

“There’s a lot of scare-mongering going around at the minute, between the social distancing in pubs, what bar owners are going to have to do, what new legislation is going to have to come in,” he said.

“But there’s nothing really in writing. People in our industry don’t really know where they stand at the minute.

“We closed on the day before the government announced it. That’s what we wanted to do, and it was the right thing to do for ourselves at the time.

“If the government are going to look for us to open up bars with social distancing, and see how we go and learn how we go along, it’s a situation where I would not open.

“I would leave it closed until things come back to some bit of normality.” It’s very important that we don’t look at the negatives of what this is after doing to the economy. Other things will thrive. You’ve to keep a positive mindset – what else is out there that you can change?

Corbett is looking for positives

Corbett’s entrepreneurial spirit is famed. Having been unemployed while scoring an All-Ireland final hat-trick and winning the prestigious Hurler of the Year gong ten years ago, he has taken to business and is always looking for new opportunities.

Although the bar remains shut, he is keeping busy in these testing times with his online sports shop.

“Just because businesses have closed, it’s very important how people who are running businesses think, that they think differently,” he said.

“Businesses won’t open back up the way they closed, and they know that. So it’s how people will think different.

“For instance, we had the pub and had to close the pub. I started doing the sports [shop] online 12 months ago, but I’ve been doing different ventures for the last seven or eight years. Online for us is very, very busy, it’s extremely busy. And that’s what everyone is going towards at the minute – online. That won’t change when this virus moves on because people are getting into a habit.

“It’s very important that we don’t look at the negatives of what this is after doing to the economy. Other things will thrive. You’ve to keep a positive mindset – what else is out there that you can change?”

While the GAA crowds might not be entirely economically essential in the town, it is vital for the heartbeat of its hurling-mad population.

“The one thing about Thurles, the buzz that you get around town, in around the square, going up Parnell Street, up into the stadium, there’s nothing like it. That is going to be missed,” Corbett added.

“People like coming to town. Thurles has that thing about it that they like coming for the excitement. Whatever it is about Thurles, it always seems to throw up some crackers of games throughout every summer.

“There’s one main walk-way up to the ground. It’s up Parnell Street, it’s a narrow street, and you go up over the bridge. When you’re on top of the bridge and you look back, you see the waves and waves of crowds. It creates an energy up to the outside of the stadium. It just creates a feel about it, more so than a lot of other grounds you’d go to.” The GAA have consistently indicated that there is a lack of appetite to hold games behind closed doors. And this presents a possibility of the unprecedented. Could we see 45,000 fans descending on the Tipperary town for a Munster final in November?