FURIOUS Harry Maguire called for a clampdown on social media giants — saying they make it too easy for racists to abuse footballers online.

The Three Lions ace rounded on the likes of Twitter and Facebook for doing too little to kick abusers off their platforms. 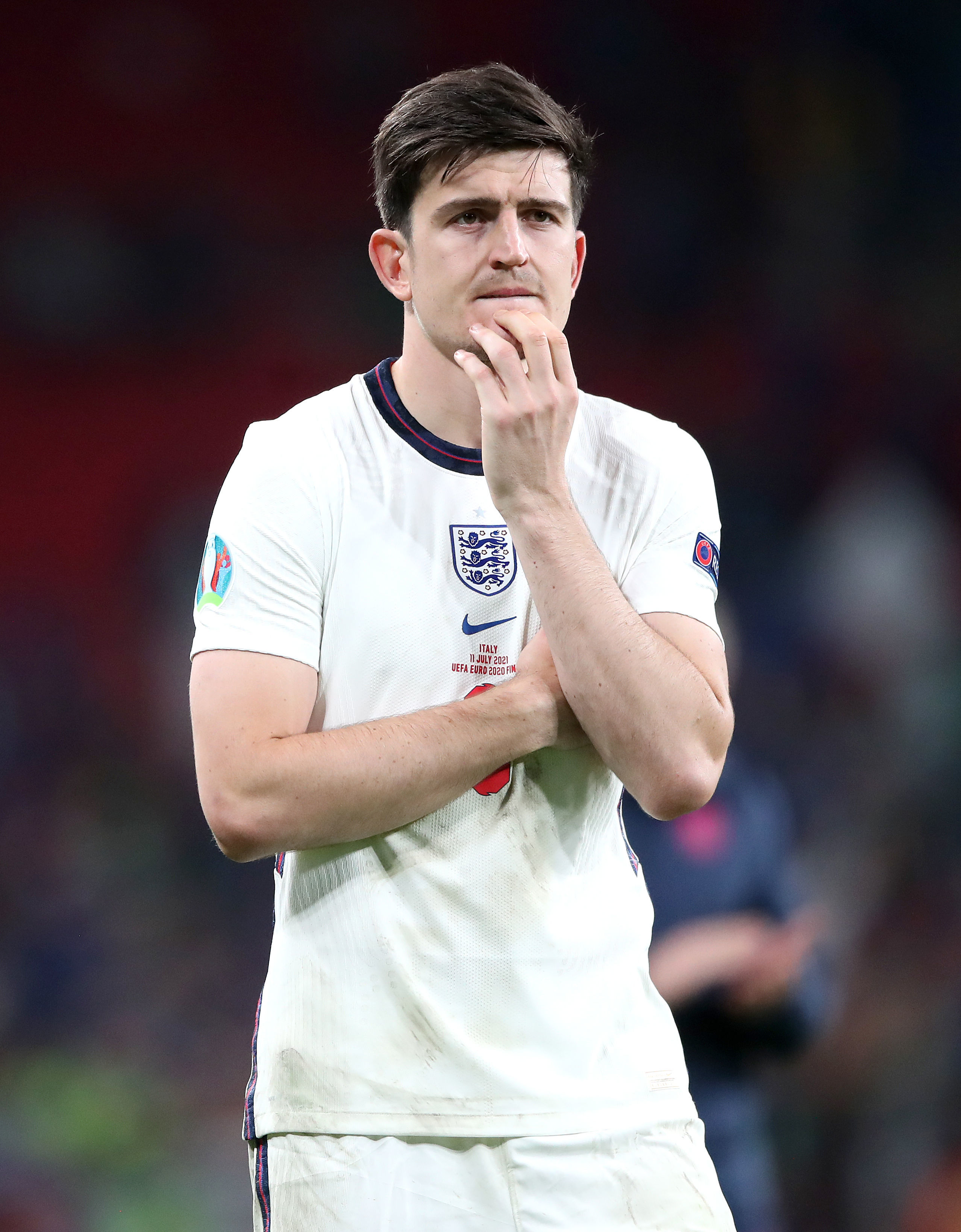 He said the law must be changed so companies have to link accounts to a person’s real identity — making it easier for police to track down and arrest those spewing hateful messages.

Speaking out after the Euros racism storm, he said the murky world of the internet must urgently change.

In an exclusive interview with The Sun, the Manchester United centre-back said he was sadly not surprised at the horrific racist abuse hurled at his teammates.

He said: “Something needs to be done. The companies need to verify every account.

“It is too easy to troll and abuse. To be racist is just too easy to be done and get away with.”

Maguire, 28, said the trio showed courage by stepping up to take the crucial kicks, while their cowardly abusers hurled slurs from their keyboards.

But Maguire said this sick abuse was sadly not a one-off and black footballers had to put up with a tidal wave of insults online whenever they lose a match or miss a penalty.

He added: “The amount of times we lose a football match with Manchester United and it happens — something needs to be changed.

“There are so many good sides to social media. We want to show fans what we are doing in-camp and want to interact and tell them how we feel. 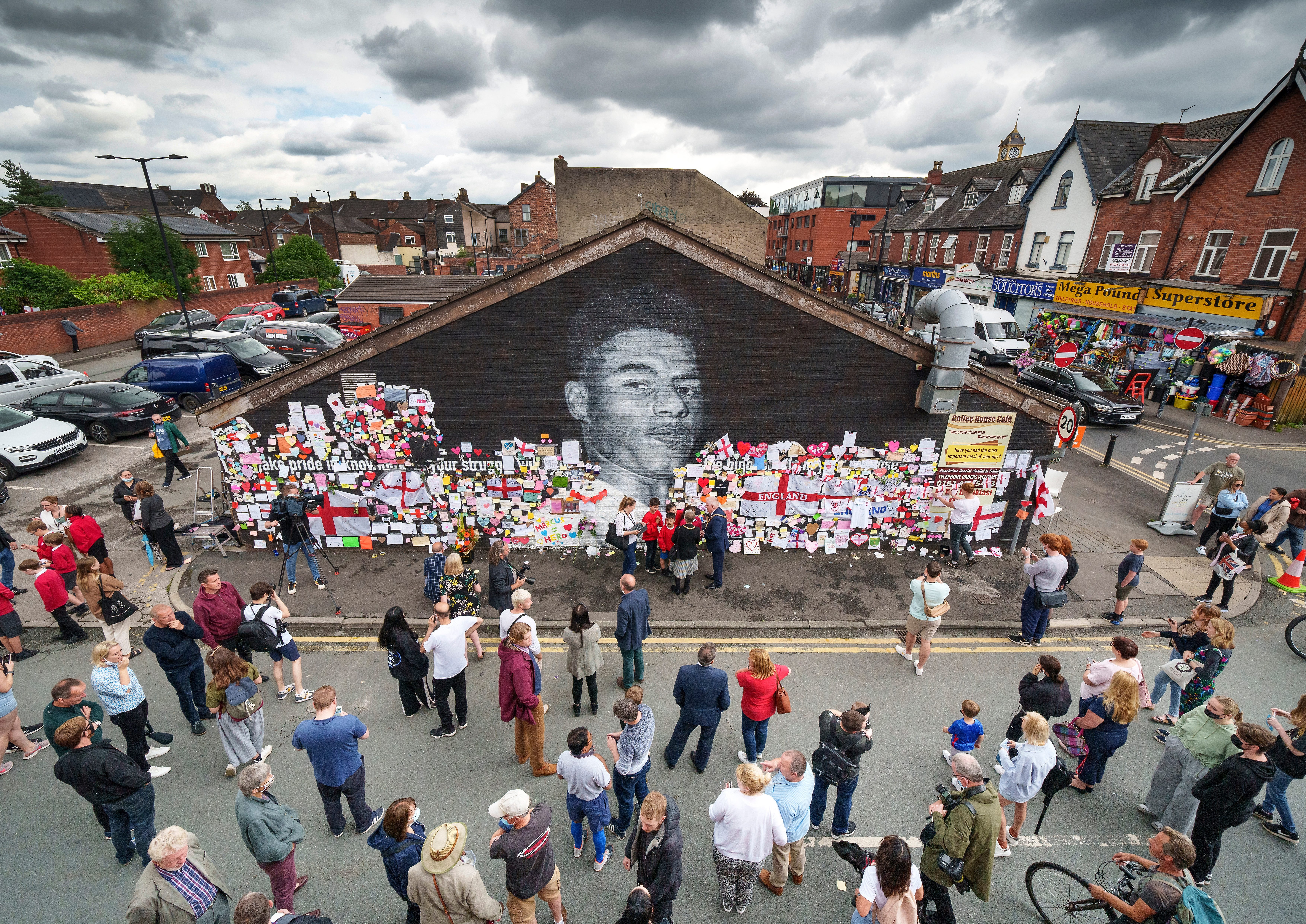 “There is a negative side but it can be stopped and changed. We need it to change.”

Ministers and tech bosses needed to blow the whistle and end online anonymity, which has allowed the abuse to flourish, he demanded.

PM Boris Johnson hauled tech bosses into Downing Street tonight to demand they do far more to kick racists off their sites.

Speaking before the showdown talks, he told Cabinet the abuse suffered by the squad was “utterly disgraceful” and has “emerged from the dark spaces of the internet”.

He added: “There is no question this kind of abuse is extremely upsetting, unfair and needs to be stamped out.”

TECH BOSSES MUST DO MORE

Meanwhile, under-fire Home Secretary Priti Patel is desperately trying to meet England ace Tyrone Mings after he accused her of “stoking the fire” of racism.

Insiders said they had a productive chat discussing “stamping out the scourge of racism in football”.

But at the start of Euro 2020, Ms Patel described players taking the knee before games as “gesture politics”. Then, she infuriated Mings, 28, by saying she was disgusted at the racist abuse directed at England’s players since Sunday.

Fellow ministers backed her, with Stephen Barclay saying she was also the victim of racist trolls. He said: “The Home Secretary herself has been the victim of the most appalling online abuse. 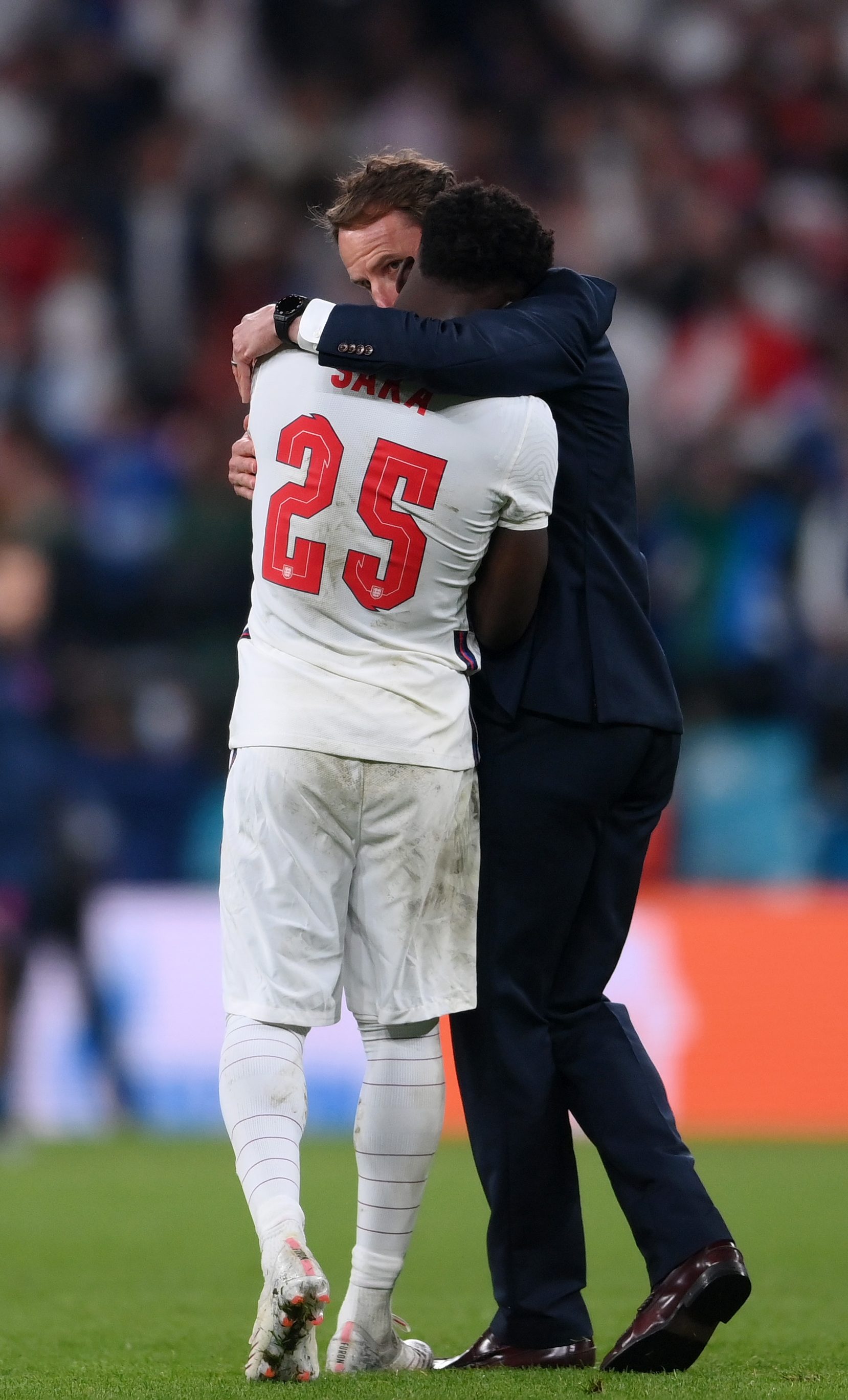 “She understands better than most the consequences of racism.”

Ministers are bringing in tougher laws to tackle abuse online with their new Online Harms Bill.

Under the crackdown, tech giants will have a legal duty of care. Those that fail to protect users online face fines of ten per cent of their global annual turnover or up to £18million — whichever is higher.

It means the biggest companies — such as Facebook — could be fined billions by regulator Ofcom.

But No 10 has refused to force them to verify all users’ accounts, claiming it is too complicated in practice and that sometimes there is a good reason for anonymity.

'WE NEED IT TO CHANGE'

They also rejected calls for named bosses at social media firms to be criminally prosecuted if they breach this duty of care.

Many charities said the new bill, expected to come into force over the next year, fails to go far enough in clamping down on the Wild West of online.

Tonight, Labour called for the law to be changed so trolls who abuse footballers online can be given football banning orders barring them from matches.

Currently the orders can only be imposed on hooligans who commit offences on the terraces or on their way to grounds — not on the internet.

Shadow Culture Secretary Jo Stevens, said: “The racists who have been abusing England players online should be banned from football grounds. They do not deserve to be anywhere near a game of football.”

Echoing the demand, racism expert Sunder Katwala, director of the British Future think-tank, said: “If you’re banned from a football ground for racism, you’re out for life.

"But if you’re banned from Twitter, you’re back ten minutes later.” 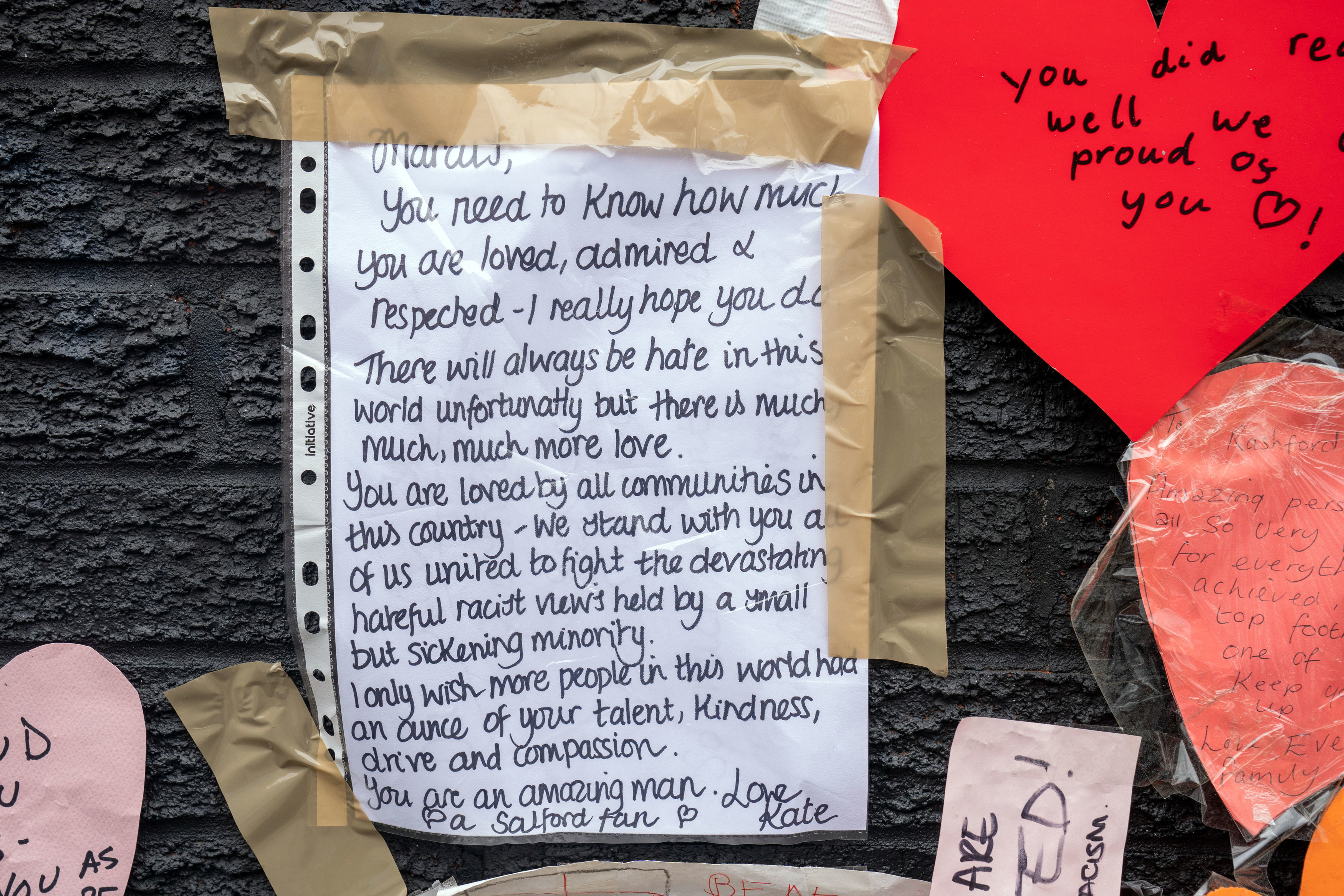 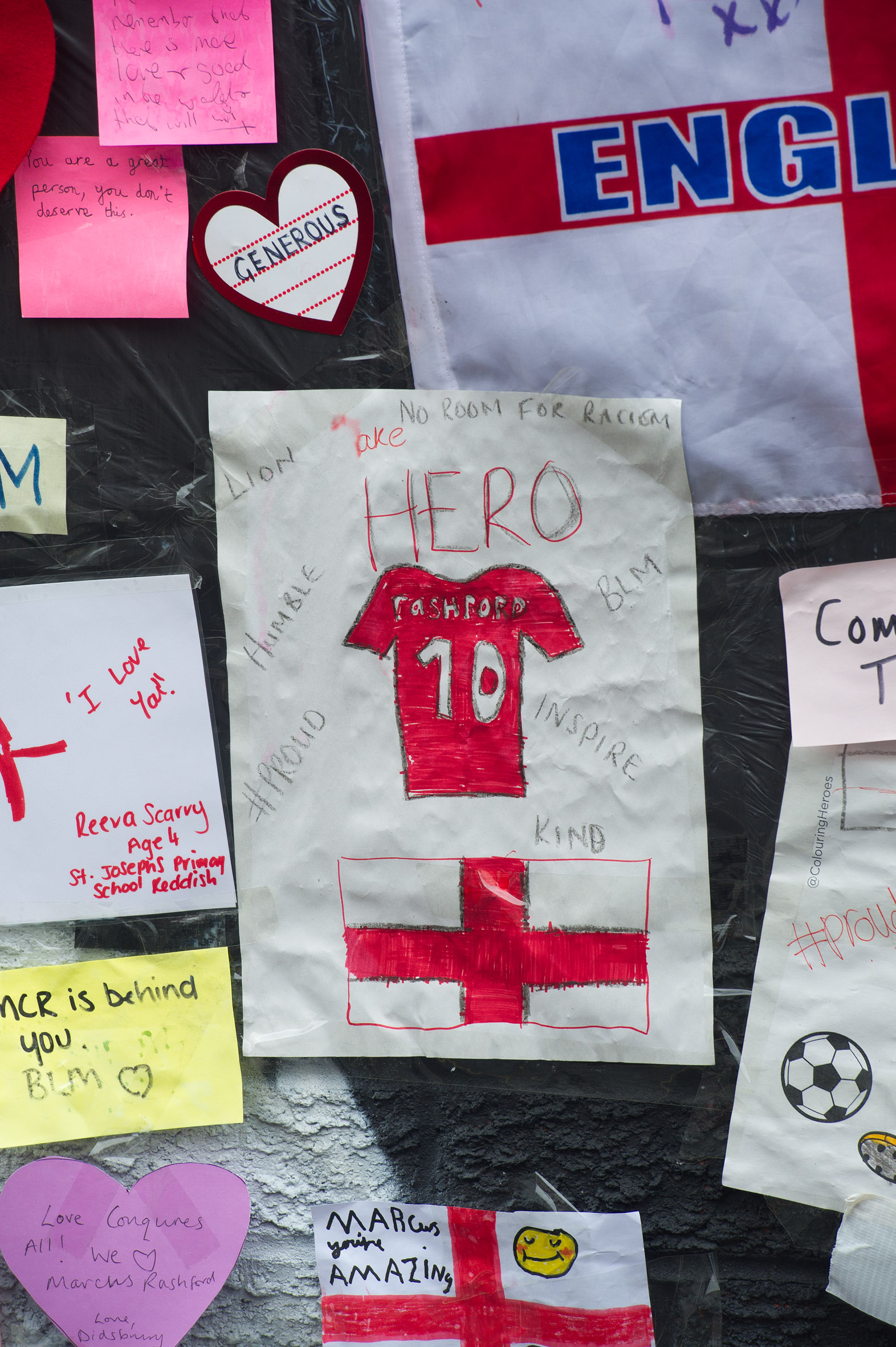