Z2 Comics has announced it will be publishing the first-ever graphic novel based on Freddie Mercury this fall.

Freddie Mercury: Lover of Life, Singer of Songs, created in partnership with University Music Group and Mercury Songs Ltd, will follow the Queen singer’s life through his childhood in Zanzibar and India to his rise to stardom as the effervescent frontman of one of the world’s most famous rock bands.

The graphic novel is written by Tres Dean and based on the book Freddie Mercury: A Life, in His Own Words, compiled by Greg Books and Simon Lupton. Illustrations are by Kyla Smith, Robin Richardson, Safiya Zerrougui, Tammy Wang, and Amy Liu, with an accompanying cover painting by David Mack. 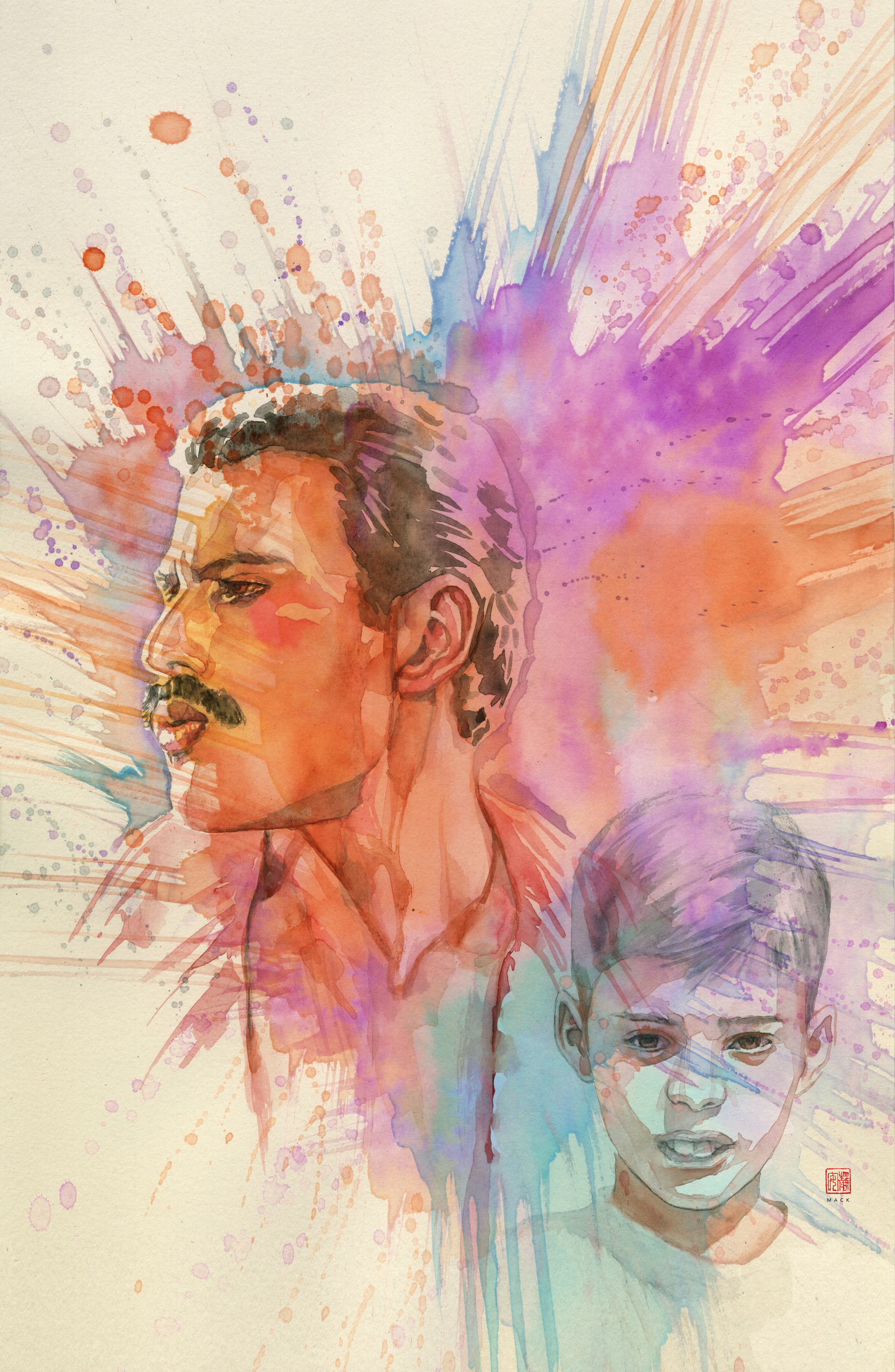 Freddie Mercury: Lover of Life, Singer of Songs is available for preorder in standard 136-page softcover ($19.99) and hardcover ($29.99) editions, and will be available in comic shops and book and record stores in November. Z2 Comics is also offering a limited hardcover deluxe edition for $99.99, complete with an exclusive vinyl LP as well as limited edition prints by Sarah Jones, Kyla Smith, and Sanya Anwar.

Along with the Mercury graphic novel, a new book of Queen photographs taken by Neal Preston was released this past October.